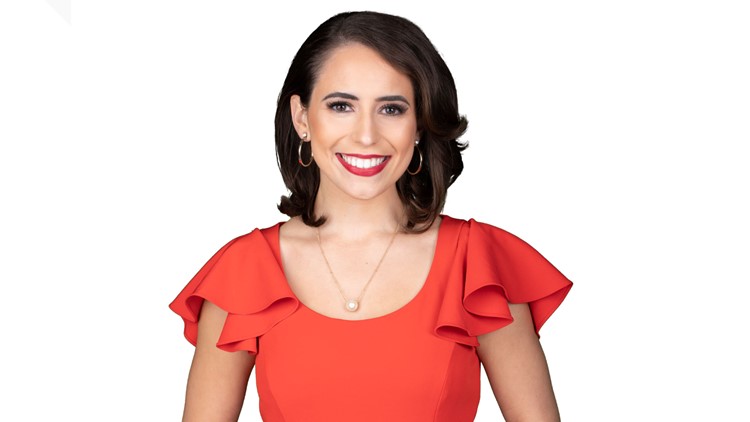 Leslie Adami joined the KIII-TV team in September 2019 as the weekday evening anchor for the 5, 6 and 10 p.m. newscasts.

Leslie comes to 3News from our TEGNA sister station in Austin, KVUE (ABC), where she was a morning reporter and fill-in anchor. Prior to her time with KVUE, she was the weekday morning anchor for the CBS affiliate in Lubbock, KLBK News, where she solo-produced and anchored the morning newscasts.

A proud Texas Longhorn, Leslie graduated from the University of Texas at Austin in December 2015 with a bachelor’s degree in Journalism and Certificate in Latino Media Studies. While at UT, Leslie was the Executive Producer of the student-run morning newscast, Good Morning Texas, and anchor/reporter for KVR News.

However, before there was Austin or Lubbock, Leslie first called Corpus Christi “home.” A Coastal Bend native, Leslie grew up in Corpus Christi, commuting every morning with her mother and younger brother to Sinton, where she attended school and graduated from in 2012. A Sinton Pirate, Leslie was very active in school, student leadership, played volleyball and ran track. Her family currently lives there with their dog, J.R.

Leslie’s interest in journalism was a sparked at very young age: she loved to read, write and watch the news. Her early mornings were spent getting up with First Edition to hear Bill Vessey greet everyone with a, “Buenos Dias, amigos” before school, and then come back home later in the evenings to watch Joe Gazin fill everyone in on the big news of the day.

Leslie is happy to be back home close to her family and working for South Texas’ news leader. She takes immense pride in working to share the community’s stories, whether that’s behind the desk or out in the field. Help us welcome Leslie back to the Coastal Bend! #ThisIsHome

Have a news tip for Leslie? Email: ladami@kiiitv.com