The updates come as COVID-19 cases and hospitalizations continue to surge in the Austin area. 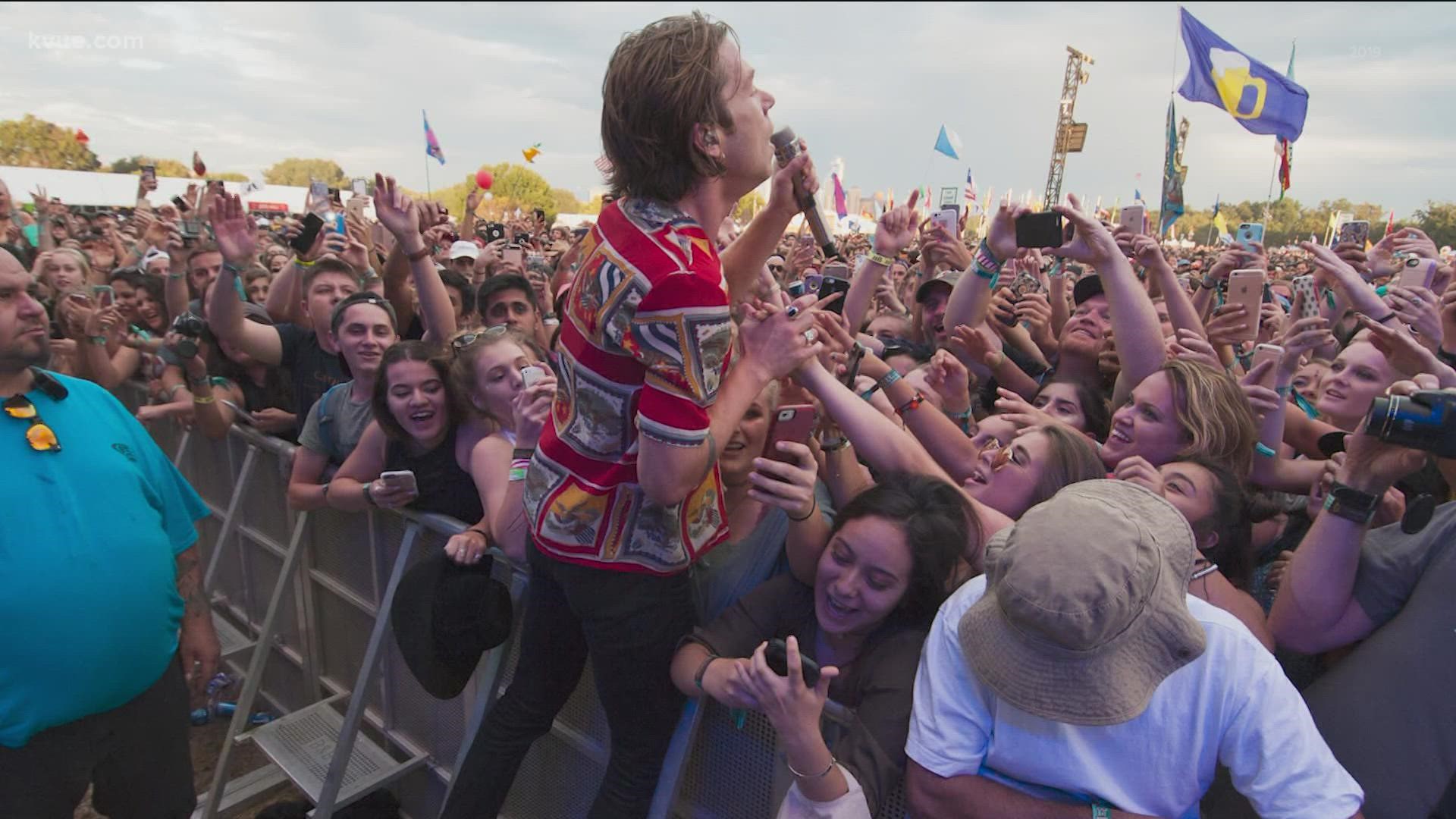 AUSTIN, Texas — People attending the 2021 Austin City Limits Music Festival will need to provide proof of a COVID-19 vaccination or a printed copy of a negative COVID-19 test, the festival announced on Thursday, Aug. 19.

ACL said that attendees will need to show a printed copy of a negative test result, which must be obtained within 72 hours of attending the festival. Attendees who are fully vaccinated may show proof of their vaccination status instead of a negative test.

ACL said information about masking will be released closer to the festival dates. However, because Zilker Park is City of Austin property, the mayor's office says it does currently fall under Mayor Steve Adler's mask mandate. His office says it cannot predict if that order will still be in effect by the time the festival rolls around.

"The City of Austin continues to work with organizers to ensure proper protocols, and measures are being taken to protect individuals attending events from COVID-19," a City spokesperson said. "We need people to determine their risk of attending any event or gathering. Under Stage 5, we strongly encourage those who are high-risk or partially/unvaccinated not to attend events as they are most vulnerable. For those who do attend events, being vaccinated and wearing a mask are the best ways to protect you, your family and your community."

Some festival attendees told KVUE this will make them much more comfortable.

"I think it's the safest thing for everyone to either have one or the other," said Samantha Donohoe, who is vaccinated and going to ACL for the first time.

However, the changes are also prompting some people to sell their tickets whether it is because they do not feel safe or they believe their right to privacy is being infringed upon.

"I have my own beliefs and everybody has their own. I think that's our business," said Amber Hihi. "I want to be able to live my life freely without showing documentation."

Hihi and others worried about the new rules say the tests will not help much and that someone could contract COVID after getting tested or people could lie by creating false documentation.

Also on Thursday, ACL released its daily schedules for both weekends. To see who's performing and when, click here.

Here it is! ✨ Check out the 2021 #ACLFest Schedule and start planning your weekend down to the minute. Lunay, Frances Forever, Shooks, and Cautious Clay have been added to the lineup. Goth Babe and Omar Apollo will no longer be joining us this year. 🎉 pic.twitter.com/q58hHWHwBb

Austin is currently in Stage 5 of the area's risk-based COVID-19 guidelines.

After more than a year of isolation, Austin music fans have shown that they are eager to return to Zilker Park for an in-person ACL Fest this October. When three-day general admission tickets went on sale on May 20, the first weekend sold out in an hour. Both weekends were sold out by the end of the day.

Five days later, on May 25, single-day tickets were released and completely sold out in less than two hours. ACL officials said the 2021 festival sold out all tickets in record time.

However, as the COVID-19 numbers have spiked in the Austin area, some have shown concern about the festival moving forward as planned. A group calling itself "CANCEL ACL FEST" launched a Change.org petition earlier this month in hopes of getting the City of Austin to cancel the festival.

This year's lineup is set to include George Strait, Billie Eilish, Miley Cyrus, Megan Thee Stallion, Machine Gun Kelly and many more. In recent weeks, DaBaby was removed as a headliner due to homophobic remarks he made at a recent music festival. He was replaced by Tyler, The Creator. Stevie Nicks also announced she would no longer be performing at the festival due to health and safety concerns, and Duran Duran was announced as her replacement.

ACL Fest isn't the first live music event to change its policies in response to the ongoing pandemic.

On Aug. 9, Austin City Limits Radio postponed its remaining Blues On The Green shows at Zilker Park due to the rise in COVID-19 cases. Many local shows have also announced they will require proof of vaccination or a negative COVID-19 test, including the Outlaw Music Festival, which will take place on Sunday, Aug. 22, at the Germania Insurance Amphitheater.

Without resources to contact trace grades 7-12, Leander ISD posts class schedules of those who test positive

How much does Regeneron COVID-19 monoclonal antibody treatment cost? Is it easily accessible?