Agencies like the Austin Police Department were on-hand to address safety concerns. 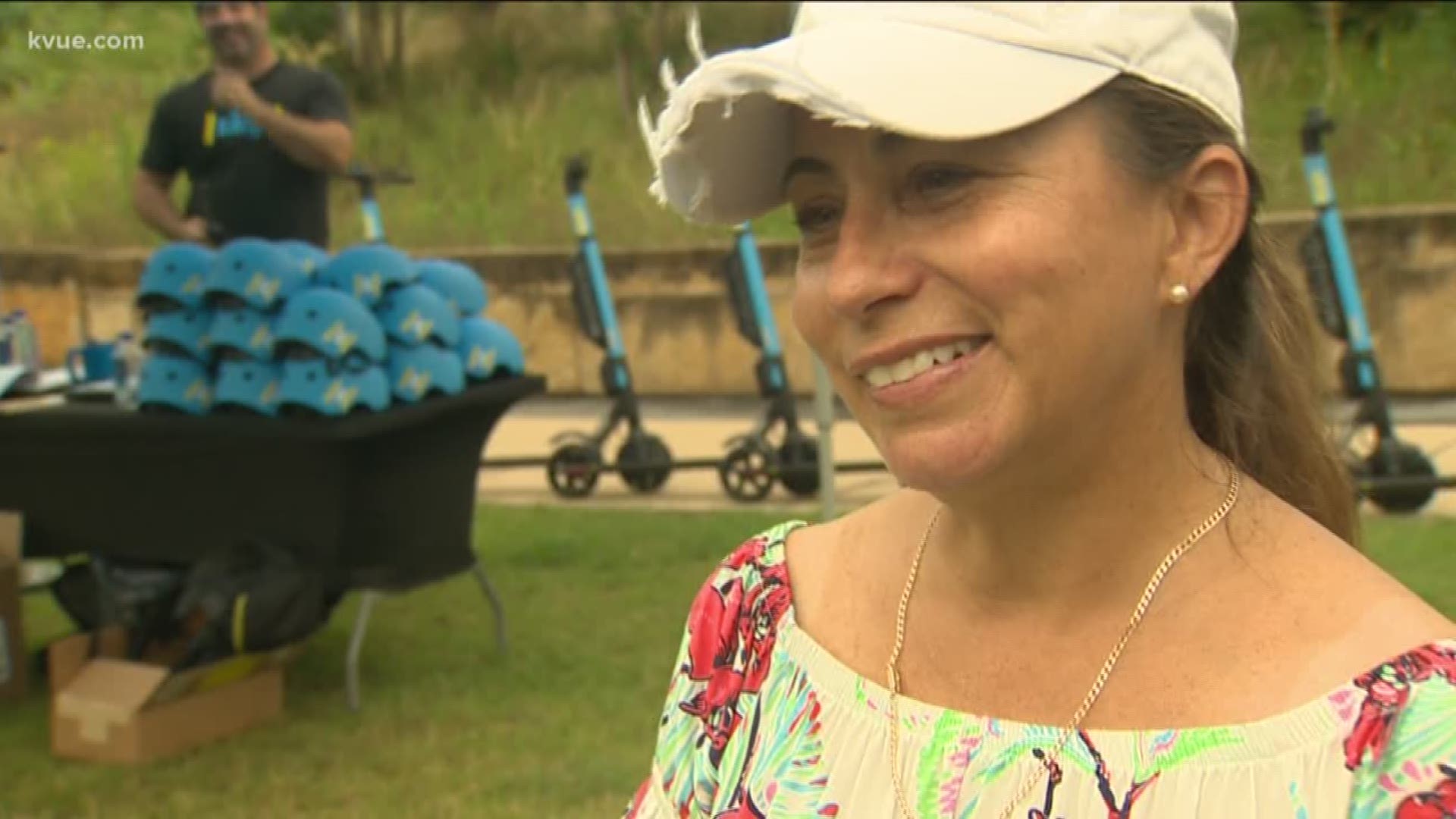 According to the city's Transportation Department, Skip is one of two scooter companies that already had licenses to launch in Austin before the city put a pause on new companies coming to town.

Austinite Angelita Lebovitz said she has mixed feelings about scooters. On the one hand, she sees why so many people ride them.

"It's a lot easier. You can avoid a lot of the cars and congestion," Lebovitz said. "I feel like you can hop on some back roads and sidewalks."

But she also has concerns.

"My concerns would be safety 'cause they could be dangerous, and there are a lot of people who don't respect, that just hop on them slightly intoxicated or without a helmet," Lebovitz said. "Yeah, I worry about that."

Residents' concerns were part of why City Councilmember Kathie Tovo held a "Scooter Summit" Saturday morning. She wanted Austinites to be able to have their questions answered.

Agencies like the Austin Police Department were on-hand to address safety concerns.

"You see scooters on downtown streets that are cutting in and out of cars, driving the wrong way on one-way streets. I've seen, several times in the last weeks, [scooters] cut in front, mid-block lines of traffic and weaving in and out of pedestrians on 2nd Street sidewalks," Tovo said.

Tovo and City Manager Spencer Cronk even gave the scooters a spin at the summit.

"They can't leave scooters in the middle of the sidewalk or on private property," Tovo said. "Anyone under 18 riding a scooter is required to wear a helmet and...multiple riders are not allowed on scooters."

It's also important to remember scooters aren't allowed on the Roy and Ann Butler Hike and Bike Trail, even though they are allowed on a few trails around the city that were designated as mobility corridors.

Austinites have shared the roadways with scooters for about a year now. Tovo hopes people following the new guidelines will help reduce accidents and injuries.

‘Why would you do this?’ | Downtown Austin business owner reacts to change in homeless ordinances