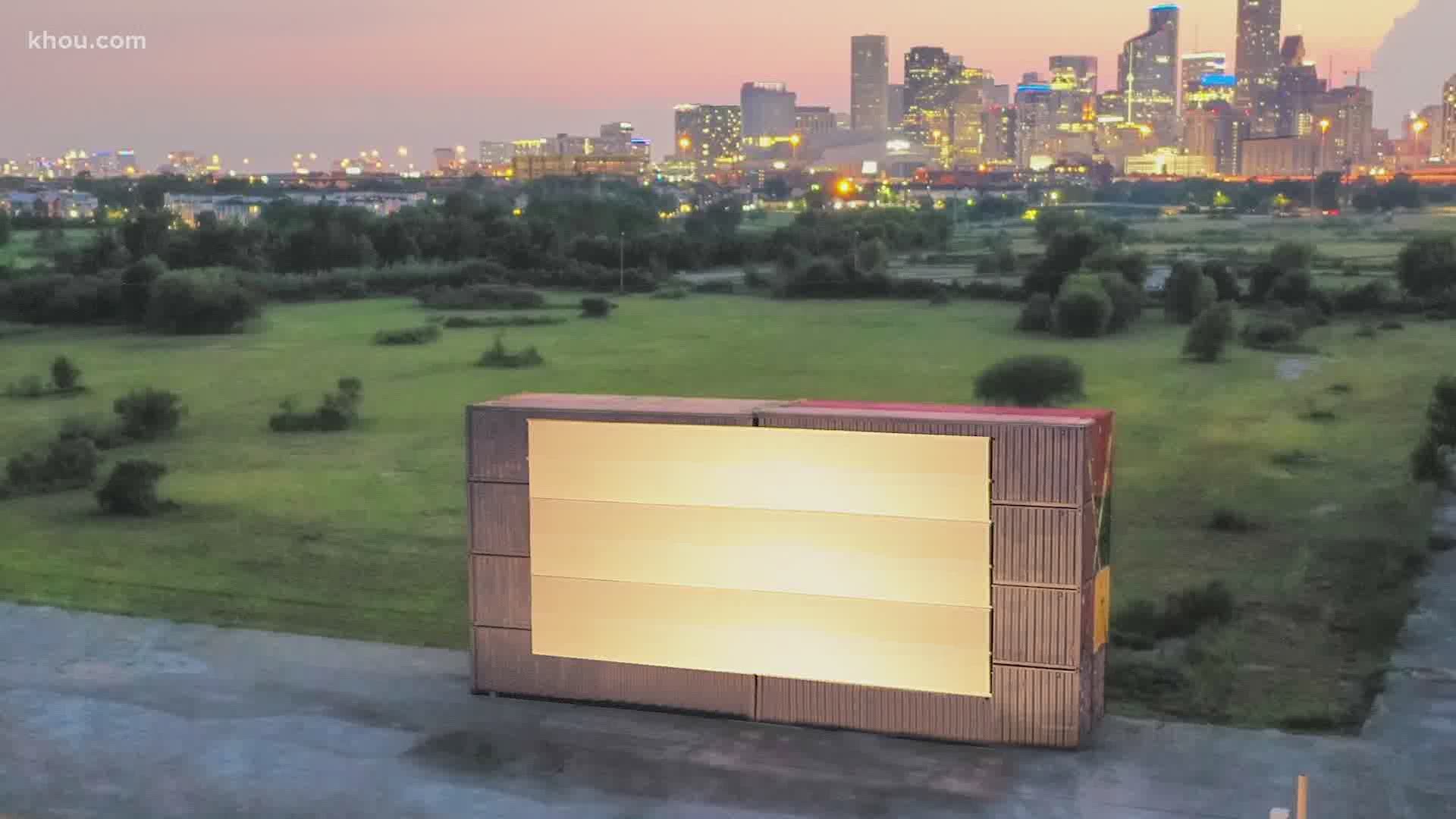 HOUSTON — What's old is new again in the age of COVID-19. Drive-in theaters are welcoming a whole new generation of visitors, offering the perfect way to social distance and relax to watch a movie.

The newest drive-in just opened right off downtown Houston. Moonstruck Drive-In Cinema at East River screened its first films Thursday night. Its screen is actually a 40'-by-80' structure made of shipping containers.

Midway bought the 150 acres along Clinton Drive back in 2016 and is developing a huge mixed-use development called East River.

That's going to take several years, so in the meantime, the company wanted to get people to the space that had been inaccessible for nearly a decade.

The drive-in is kicking off its first weekend with a couple new releases: Christopher Nolan's "Tenet" and "Bill and Ted Face the Music." That sets it apart from some of the other drive-ins that have opened up recently. The other thing visitors will notice right away: the backdrop.

"Something that is truly a differentiator is the skyline view. It's unmatched," Bedinger says. "When visitors come for the movie, they will be blown away."

Food and beverages will be available for contactless purchase from popular local food trucks and Historic Fifth Ward and East End establishments, including The New Potato, The Funnel Bar and much more.

Movies start at 8:30 p.m. with double showings on Thursdays, Fridays and Saturdays at 11 p.m. Admission starts at $25 per car.