Austinites are changing up the way they bring live performances to audiences at home. 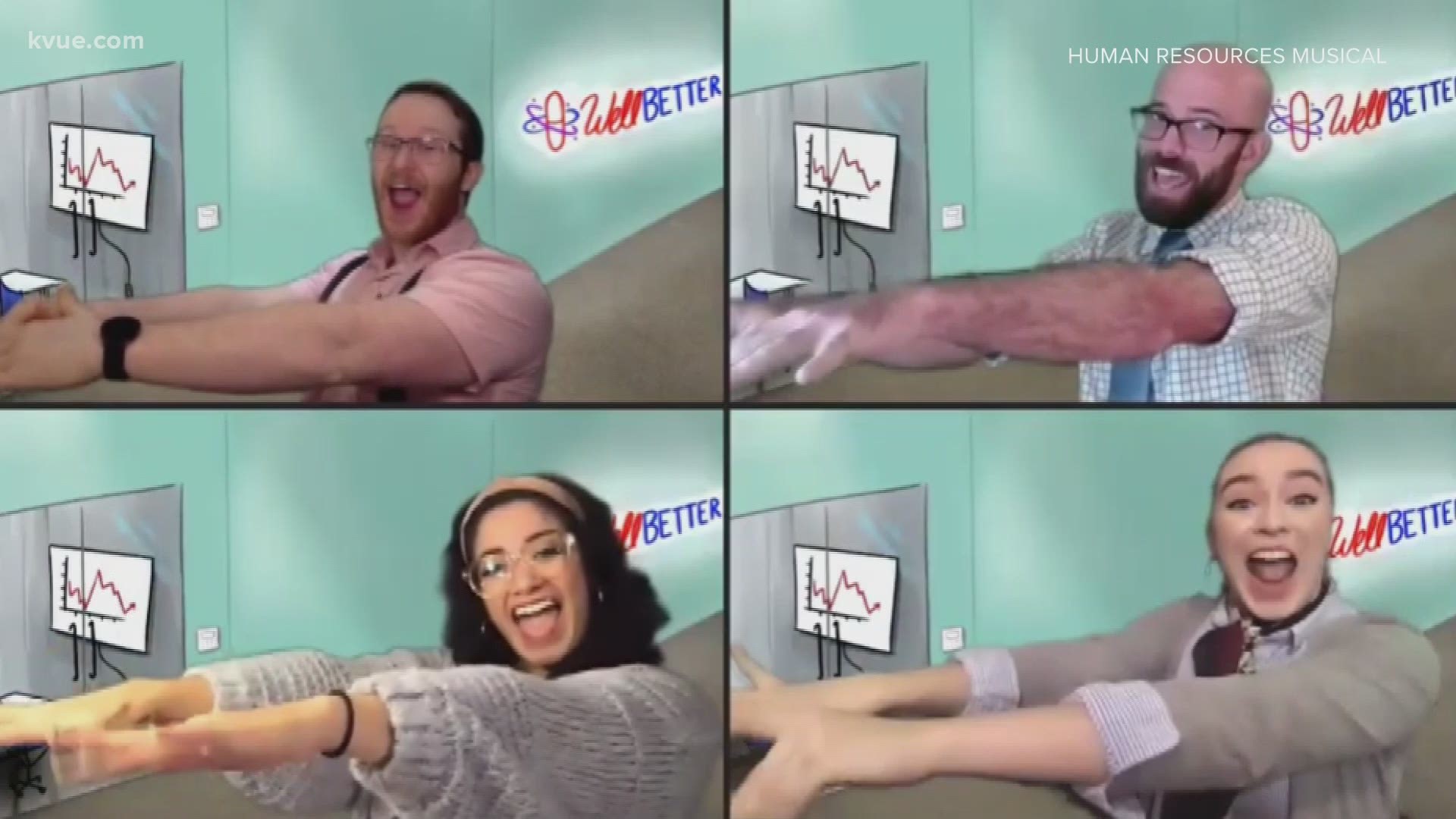 Mallory Schlossberg is one of those creatives who found a way to express her art in 2020. She wrote, directed and produced a campy musical comedy called "Human Resources."

"I felt sort of overwhelmed with the desire to tell a story about how women are treated in the workplace," said Schlossberg.

She started writing it in March of 2019 and took a break for a little bit, but with her time at home and help from musical director Alexandra Smith, she finished it.

Their intention wasn't for the musical to be virtual. It was meant for the stage, but they were able to figure out how to make the experience live with some help from other Austinites.

In the performances, the songs are prerecorded, but the acting is all live.

"We have not seen anyone else accomplish this feat, and the problems we have solved in the last eight months are not what we're seeing anywhere, and we're really proud of that," said Smith.

They've seen other productions with edited performances, but from what they can tell, theirs is the only with live elements.

Everything they did to prepare for the musical was done virtually, from rehearsals to choreography. It's a full-length musical with an intermission. The shows are a full production that relies on technology.

Mallory hopes someday her musical will be in-person, on a live stage. For now, she's just thankful she has an outlet for her art.

"More than anything, I want people to feel like they're at the theater again," said Schlossberg.

To learn more about the musical, or to find tickets, click here.