Students at TAMU-CC visited popular locations around the Coastal Bend as apart of their new music video. 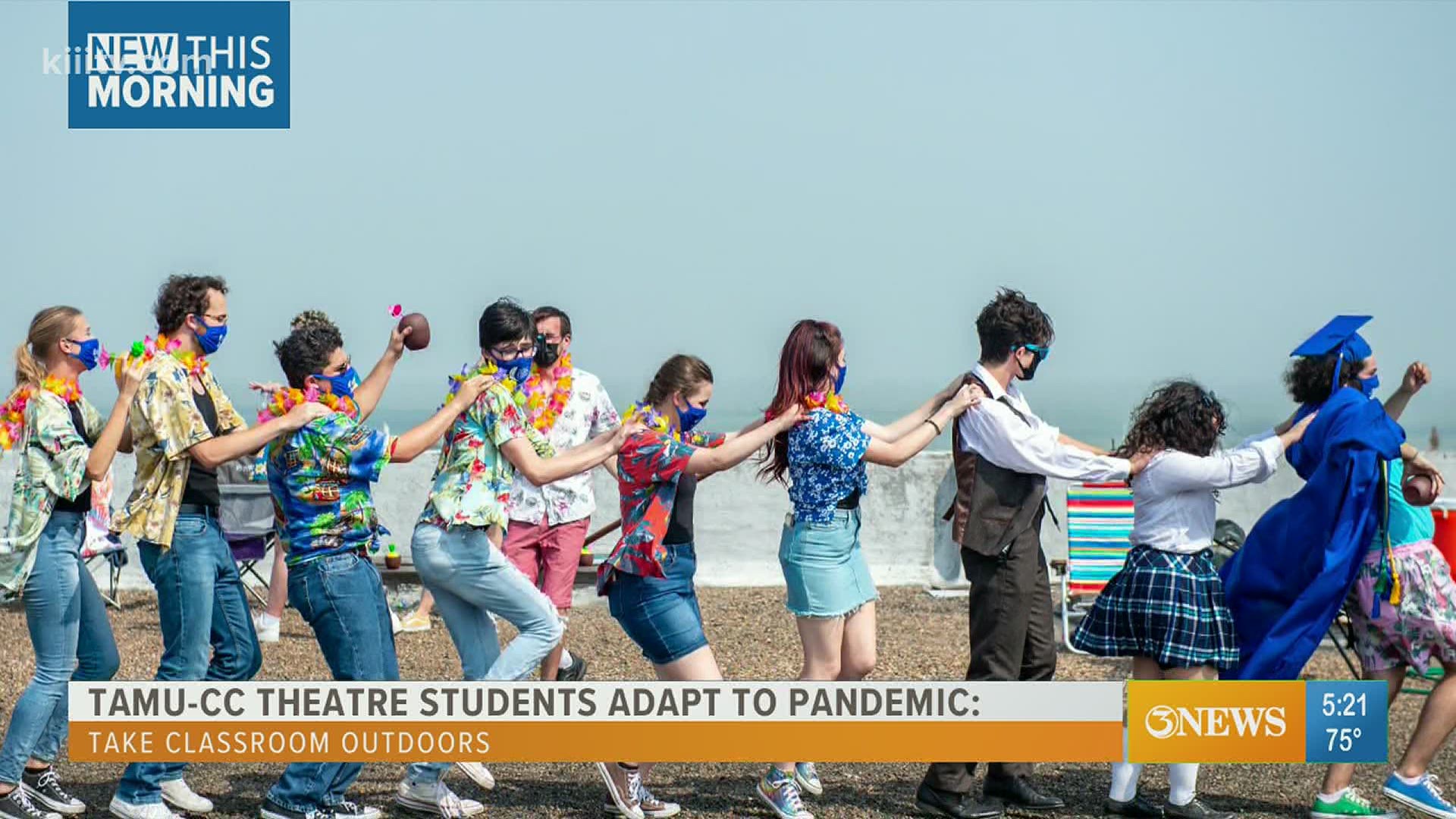 The theatre and dance department at Texas A&M University-Corpus Christi rose to the challenge of the pandemic by trading their classroom for the outdoors.

"We show up to the bay front and we say how can we use these wonderful stairs in these different levels, or 'oh this area's much smaller than what we originally rehearsed," said River Thompson, a student and assistant director of A Love Song For Corpus Christi.

Thompson has been in performing arts since he was in fourth grade, now as a junior at the university, he said he learned a lot; including adapting during a pandemic.

As a way to stay safe and connected to theatre, the students took to the streets of the city to perform.

"Instead of packing a cast of student actors and technicians in the theater space while they were singing and dancing and breathing on top of one another, we figured it was best and safest to go outside. So, that's what we did and we used Corpus Christi as our backdrop," said Alison Frost, the department chair for theatre and arts at the university.

Frost said their original project was suppose to be a musical called the Newsies, but instead they re-enacted songs in popular areas around town.

"Theater is something that just gives a lot of life in general so when everything was shut down that was the big question of how do we keep living in a time like this, and keep that hope," said Kyler Brooklyn, a student and soloist actress with the theatre.

Brooklyn said projects like the music video are what give her a sense of hope during a challenging year.

"Find those moments of happiness and keep on living in the best way possible and I think that we've done a really brilliant job of doing that," said Brooklyn.