With some dirt already turned, the arena is expected to be ready before the end of 2021. 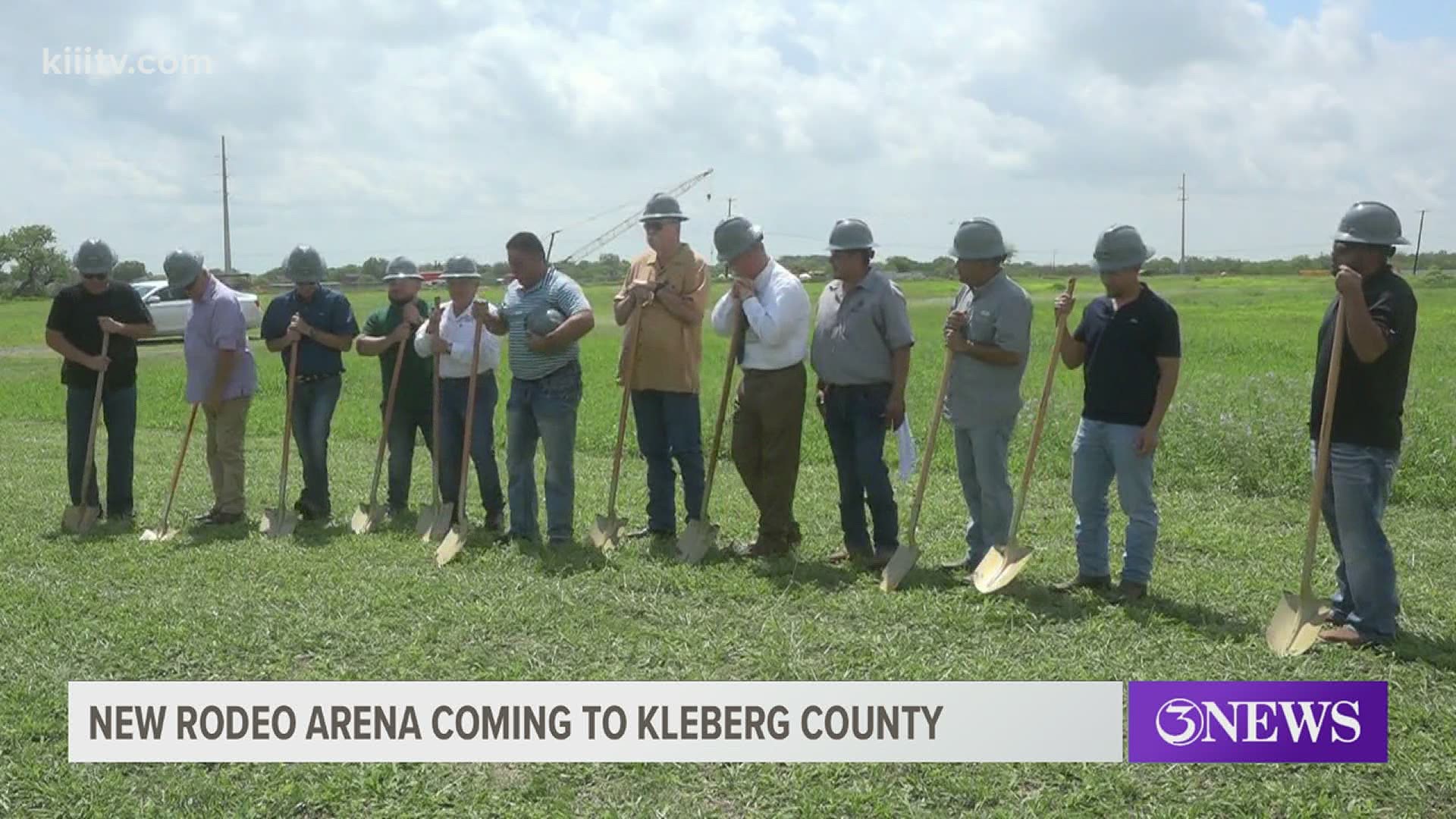 KINGSVILLE, Texas — Soon in the City of Kingsville there will be a brand-new rodeo next to the J K Northway Exposition Center. It all started with an outside company wanting some land for a truck stop that the Kleberg Sheriff's Department owned.

"They were interested in some property that the sheriff's office owned," said Kleberg County Judge Rudy Madrid.

"It was an old impound yard, so we made a deal. We sold that property to the Fuel Man. We're using that money to go directly towards the construction of this."

The sheriff's office didn't hesitate to direct the money they made from selling the property back into the community.

"What a better way than to help out this project," said Kleberg County Sheriff Richard Kirkpatrick. "Then to be able to allow the funding mechanism that paid for that building go over to a project like this and stay within the county."

Judge Madrid said he has some big plans for the outdoor arena that would bring in entertainment and money to the county.

"Bring the PBR rodeo down here," he said. "They've come a lot in the past here, but right now, the door I'm knocking on is Texas A&M. I've been talking to Dr. Hussey. He's my advocate here in Kleberg County and it's one of those deals, 'if you build it, they'll come'. I told him 'I want the rodeo circuit back here, the college rodeo circuit."

With some dirt already turned, the arena is expected to be ready before the end of the year.

"I've given them a hard fast timeline to be done by December. No later than January," Madrid added.

He also said the parking lot that goes with the arena will also serve as a FEMA staging ground.