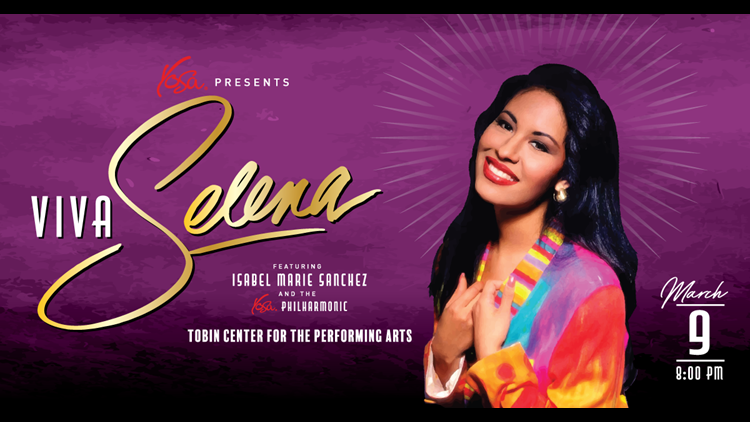 SAN ANTONIO — Youth Orchestras of San Antonio has announced its next big show set for the spring - they will play a special tribute to the Queen of Tejano music.

The concert will come 25 years after Selena's death.

Each year, YOSA holds a special tribute concert at the Tobin Center for the Performing Arts. It's part of a pop series that features recreations of iconic records and artists. The lineup of music includes Como La Flor, Bidi Bidi Bom Bom, and Dreaming of You.

About 100 musicians ranging in age from middle schoolers to some college students will start rehearsing for the unique collaboration held during Spring Break.

YOSA is a resident company of the Tobin and serves 2,500 students each year. It was the one of only six youth orchestras in the U.S. to receive a 2018 League of American Orchestras’ Futures Fund grant for inventive programming.

Selena fans can expect fun concert activities throughout the evening like contests and photo-ops to kick off the concert.

Tickets can be purchased online next Friday, November 15 at 10:00 a.m. or in person at the Tobin's box office.

Check out this link for more info.

RELATED: If you look enough like Selena, you could win $500!