How 'Hamilton' became a cultural hit

For most, the premiere of "Hamilton" on Disney Plus will be their first chance to see the groundbreaking musical. Let's look at how the hit show was developed. 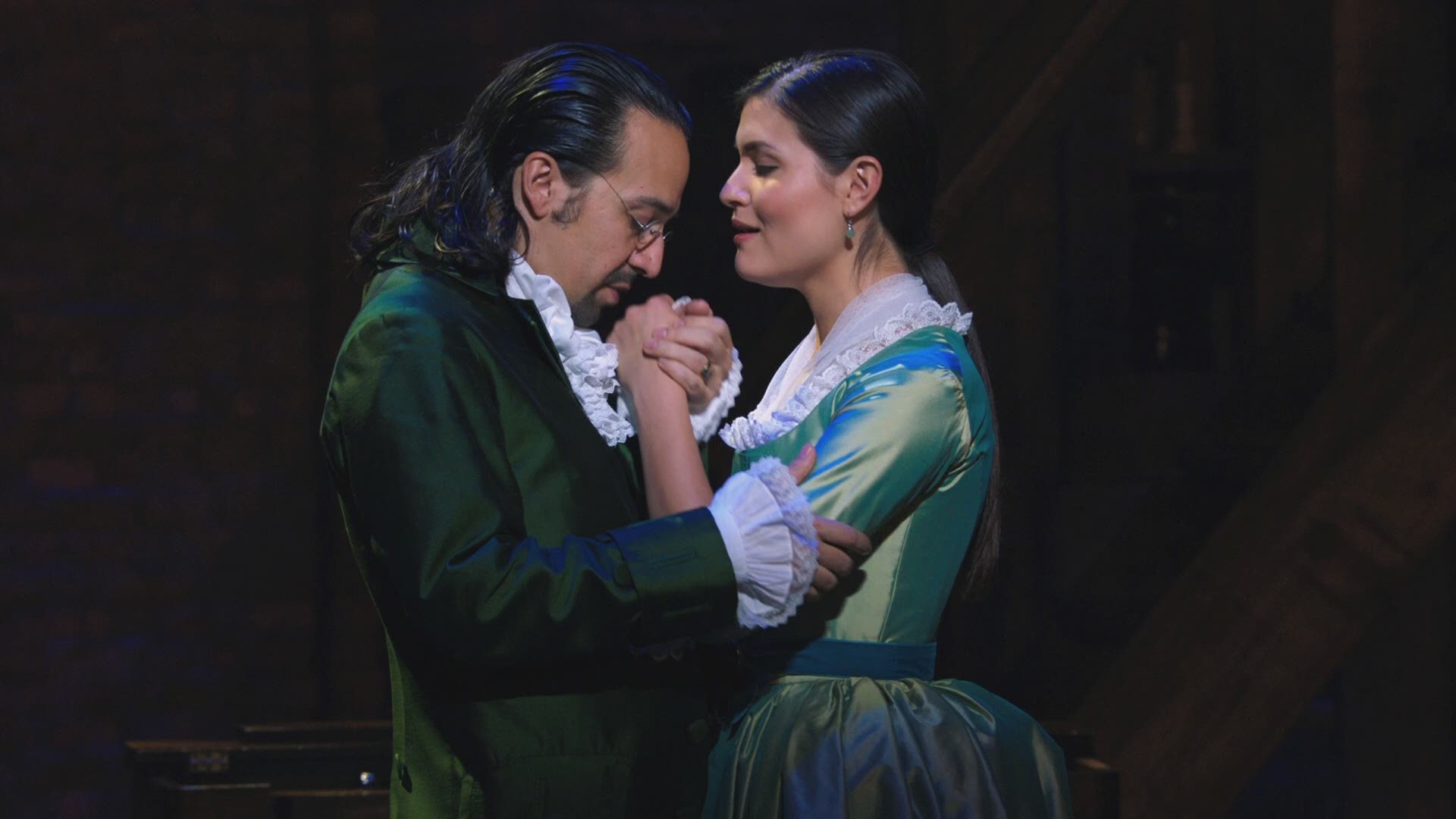 ANAHEIM, Calif. — Few sounds are as iconic as the opening number to the smash hit "Hamilton."

What started as an idea quickly became a cultural phenomenon. Originally, the show's creator, Lin-Manuel Miranda, thought "Hamilton" would just be a concept album.

In 2009 he performed the opening by himself for former President Barack Obama and the first lady at the White House's Evening of Poetry. The night's performance went viral. The president even encouraged Miranda to pursue the project.

Fast forward to 2015, "Hamilton" made its Off-Broadway premiere at The Public Theater. The show opened on Broadway on August 6, 2015, in the Richard Rodgers theater.

Although the show continues to break records, it's not been without controversy. From the beginning, the production team has used color-blind casting, meaning when an actor is cast their race is not taken into consideration. So, you can have a Black man play George Washington or a Puerto Rican portray Hamilton. Miranda has said they did this to make the show feel relevant -- to hold up a mirror and show what society really looks like.

Credit: AP
In this image released by Disney Plus, Lin-Manuel Miranda portrays Alexander Hamilton, left, and Phillipa Soo portrays Eliza Hamilton in a filmed version of the original Broadway production of "Hamilton." (Disney Plus via AP)

What you need to know if you want to watch "Hamilton"

RELATED: 'Hamilton' debuts Friday on Disney Plus: 7 things you need to know

RELATED: Has Broadway found its next 'Hamilton'?

RELATED: 'Hamilton' returns to Tampa in 2021