Built during wartime, this home could be your peaceful retreat. #k5evening 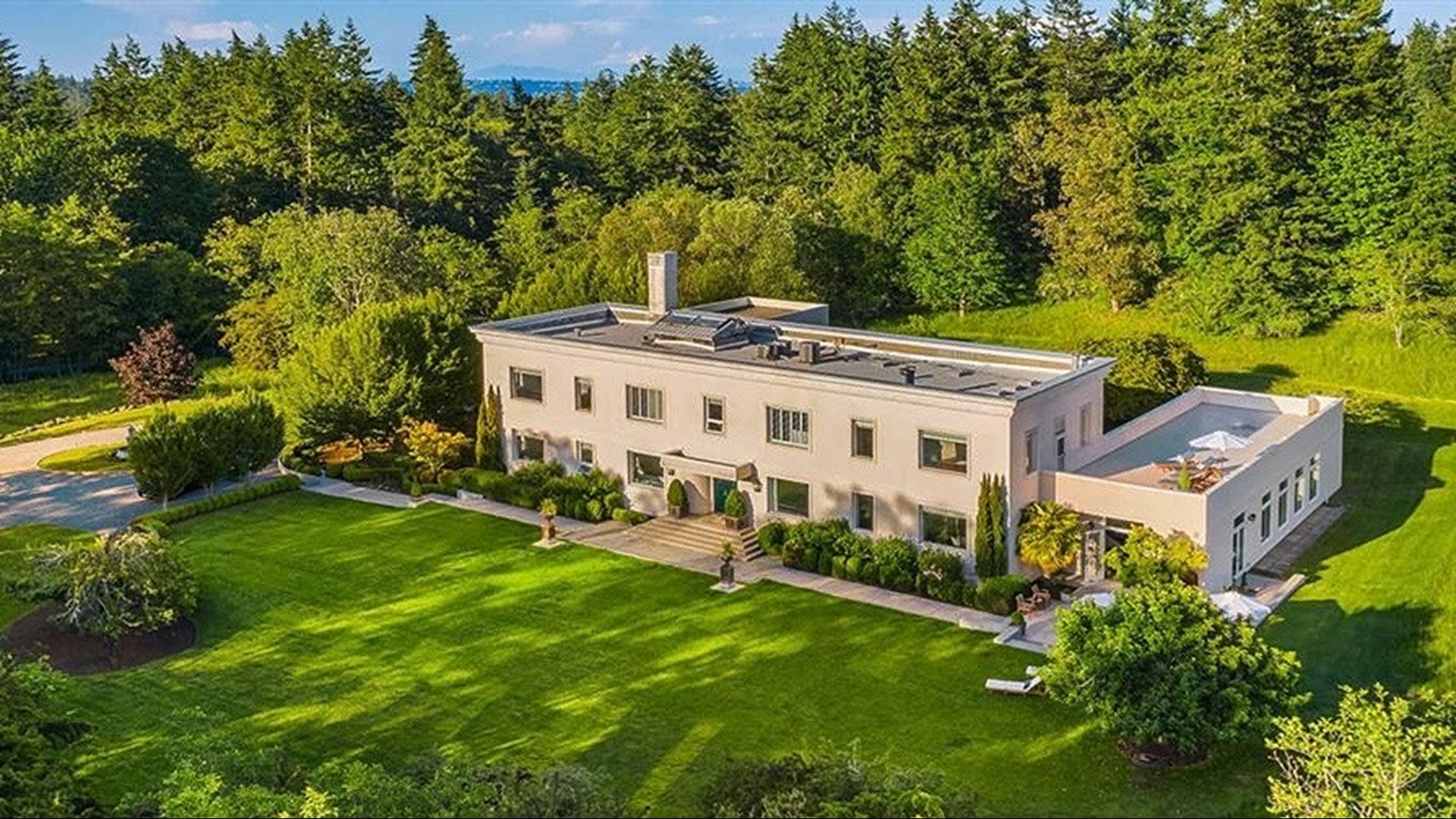 BAINBRIDGE ISLAND, Wash — On the highest point on Bainbridge Island, you'll find an estate for sale that commands your attention.

"The first time I arrived on the property, immediately felt like I was approaching an embassy. So gracious and so stately," Scott Wasner, broker for Christie’s International Real Estate said.

But this stately place has a top-secret past.

"This building was built in 1941, it was built for the U.S. Navy," Wasner said. "It was built as a communications headquarters for the U.S. Navy Pacific Command fleet. Very, very highly confidential building. In fact, most of the plans of the design are still classified information with the U.S. government."

Known then as Building 39, the original mission of the place was to intercept Japanese transmissions. After the war, it was abandoned for 50 years before it was reborn as a 12,000 square-foot home that bears little resemblance to its original purpose.

Credit: Homeowner
The building was constructed in 1941 for the US Navy to intercept Japanese transmissions during WW II.

"I think the kitchen is definitely a little more luxurious than it was in the navel days," Wasner said. "Recently been upgraded, high-end appliances, beautiful stone, ceiling heights are approximately 14 feet tall."

Holding those high ceilings up are walls that are as thick as they are strong.

"The majority of the building is concrete. So all the concrete walls and beams, it's such a stable building and very quiet and nicely insulated," Wasner said. "One of my favorite areas, there's a bar within the living family room area, and my clients opted to leave the concrete exposed to reflect on the history of the architecture."

What were once offices are now part of the four-bedroom, five-bath floor plan, the centerpiece being the massive master.

The only thing not military-made is the pool.

"The pool was added a number of years ago by the previous owners," Wasner said. "My current clients took it down to the studs back in 2017. It's a great little oasis."

The house sits on 10 acres full of trees, wildlife, and some mystery.

"Apparently there are hidden tunnels throughout the property, and we've been told they were secret caches for military weapons," Wasner said.

It may have been built for war, but this historic Bainbridge Island beauty could be your peaceful retreat.

This home is listed by Christie's International Real Estate for $9.75 million.