Atlanta rappers 'Migos' takes a side in the chicken wars

The chicken sandwich wars are dividing the country right now. 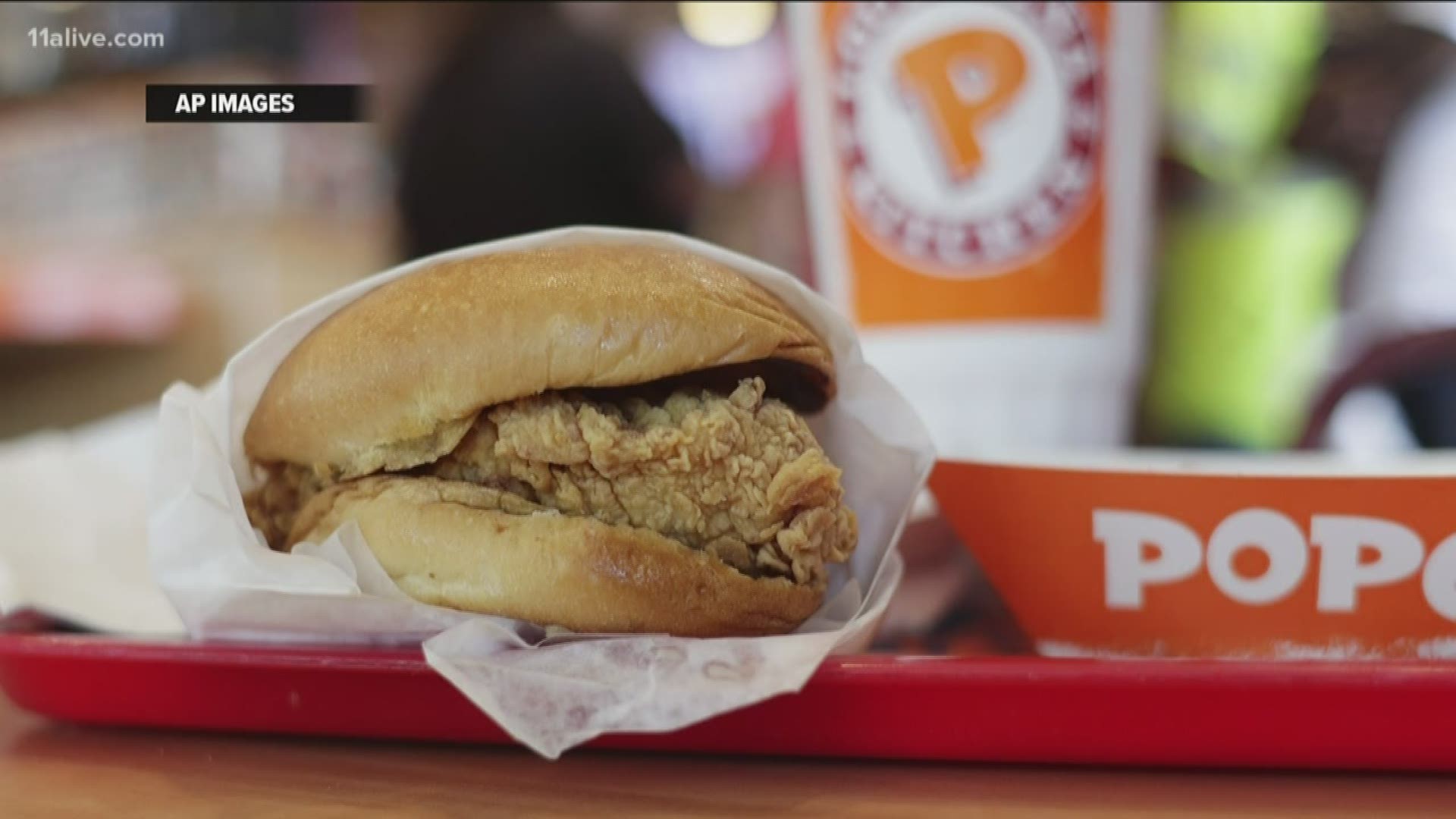 ATLANTA — Kanye West dropped his single “Closed on Sunday (Chick-fil-A),” which of course got its start in Georgia.

But we all know another name has made its way into the chicken game: Popeyes.

The chicken sandwich wars are dividing the country right now.

Our partners at the Atlanta Business Chronicle are reporting the Georgia rap trio Migos is siding with the new guys.

The sandwiches are now dividing our hip-hop artists.

It's no secret Migos loves Popeyes. They mention the restaurant in their hit song "Stir Fry" and, after the chicken sandwiches sold out the first time, band member Quavo offered to sell them for a thousand dollars on Instagram.

So, this new report says Migos has a deal with Popeyes Louisiana Kitchen and Uber Eats that include their own menu items.

The bundle is aptly named the "Migos menu" and one of the items is the new sandwich.

Migos' rise to stardom all started in Gwinnett County.

“His mother said baby you gotta go through the side door,” Coach K said. “I walked into this basement. And them boys had this little computer sitting on a chair, a makeshift booth with a blanket covering the booth with a microphone in it. I heard some of the most amazing music that I heard in a long time,” he said.

In a sit-down conversation with Morehouse College students and Spotify’s Amber Grimes, Coach K explains how he launched Quality Control with Pierre “Pee” Thomas. The two had the resources and needed the talent. Migos was the first artists signed to Quality Control.

Here’s a timeline of their career.

TV shows and movies currently in production in Georgia