All month long we have been recognizing women pioneers and leaders in the Coastal Bend community. 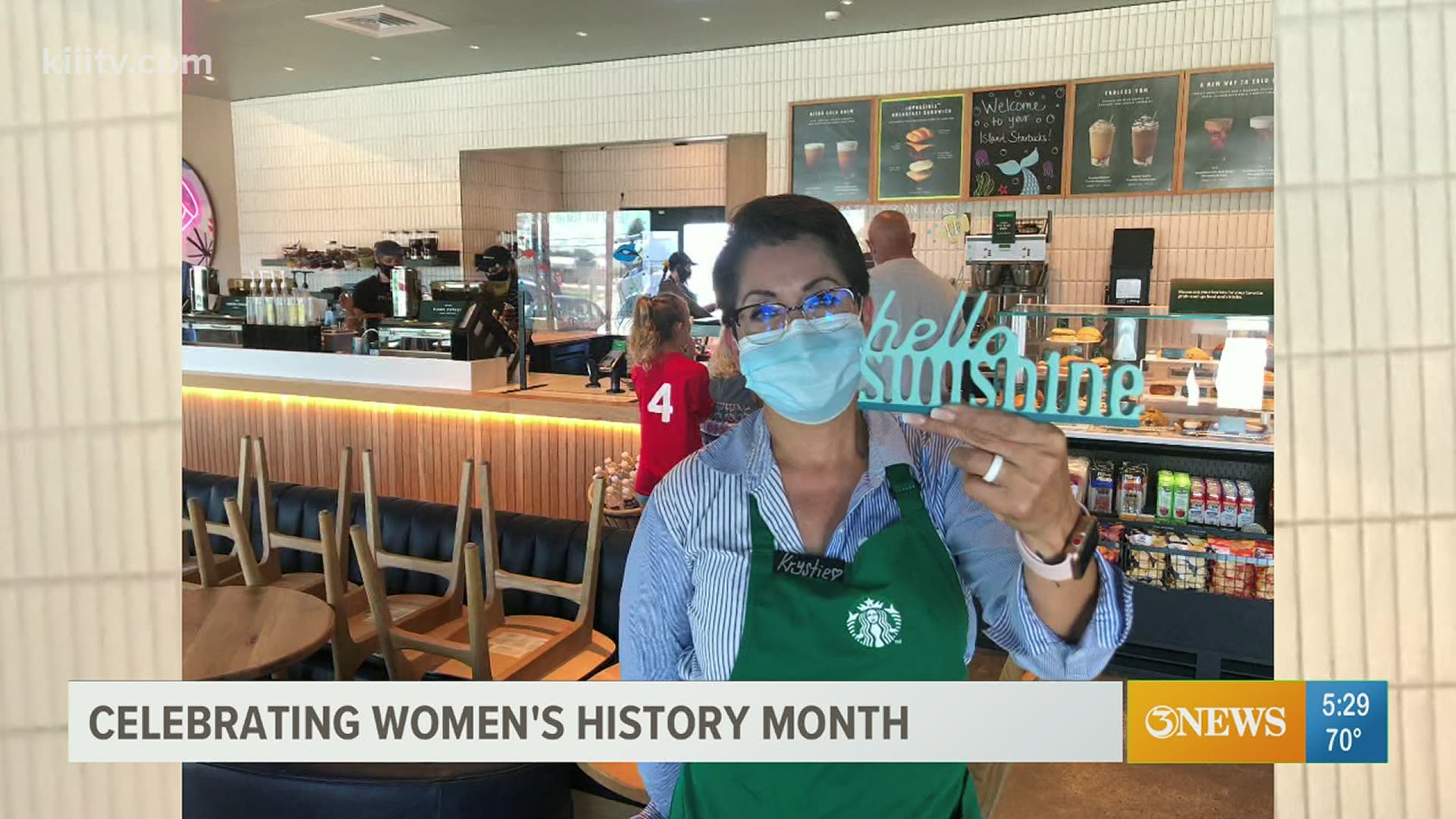 CORPUS CHRISTI, Texas — During the month of March we highlighted prominent and influential women and their contributions to the Coastal Bend.
Meet Krystie Ruth Kobos.
She migrated to Corpus Christi in 1980 from Acapulco, Mexico with her father and five brothers.
A gradute of West Oso High school, she attended Del Mar College, then Texas A&I before attending the Conrad N. Hilton college of hotel and restaurant management at the University of Houston.
From there Kobos came back to Corpus Christi to manage at McDonalds, the Old Country Buffet and Holiday Inn at the airport before settling in with Starbucks.
Over the last 19-years she has opened over 25 Starbucks stores throughout South Texas.
Responsible for overseeing the flagship multi-million dollar a year store at Staples and S.P.I.D., Kobos has been a 5-time manager of the quarter as well as manager of the year for the coffee company.
She recently opened and manages the new Starbucks on the Island.
Kobos has used her position to give back to the community by cooking for the Ronald McDonald House Charities, donating food to various homeless shelters, volunteering with C.A.S.A., and taking part in multiple beach cleanups.
A self-described 'workaholic', Kobos loves encouraging her employees to never settle, work hard, and become the best versions of themselves.
Krystie Ruth Kobos is someone to know this women's history month.