“I ran for inclusivity," Lee Haskett said. "I ran for the LGBTQ+ community, or the rainbow mafia as I like to call it.” 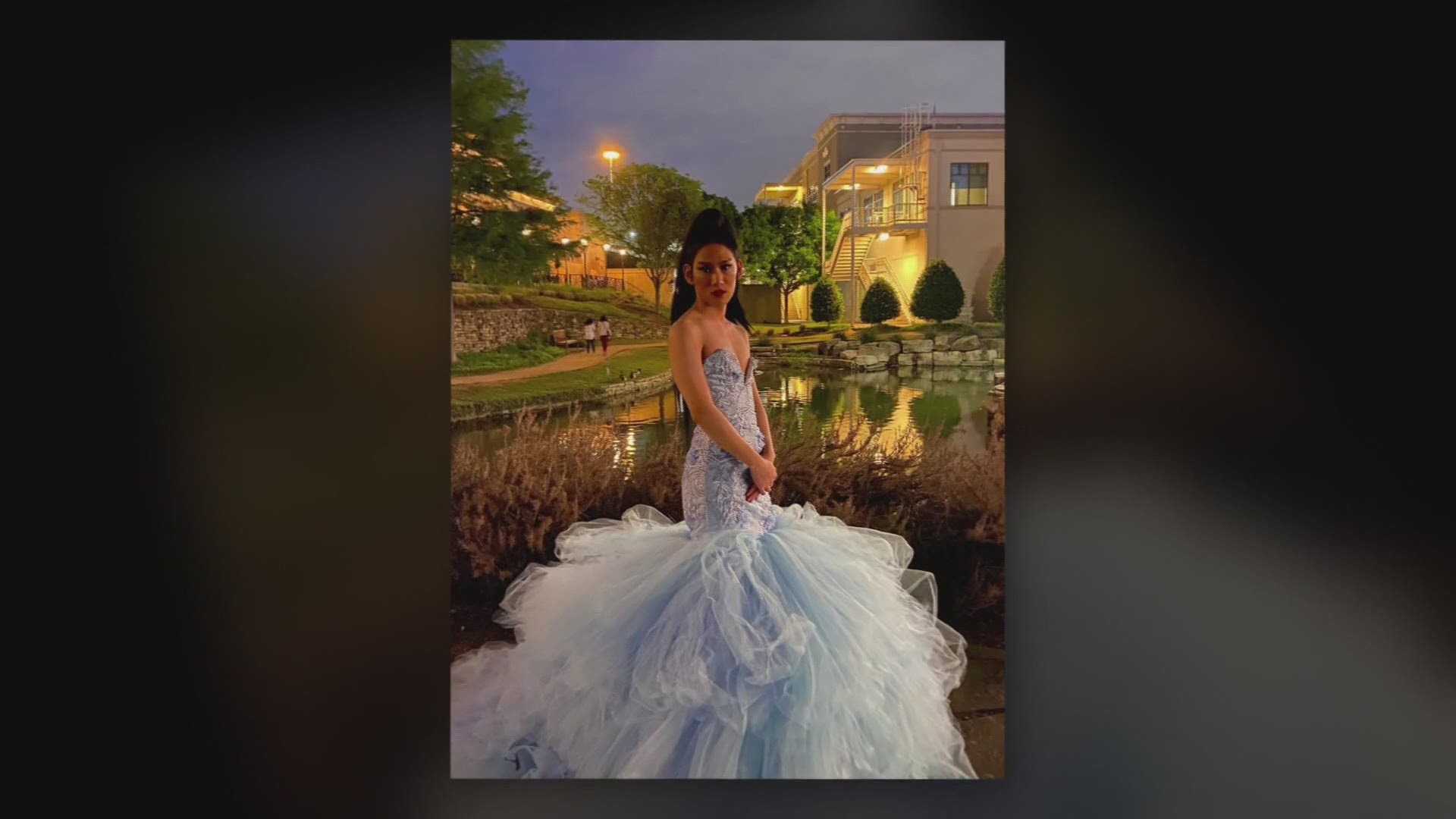 ALLEN, Texas — For a while, Lee Haskett and the rest of his class didn't even know if they would have a senior prom.

"When I heard that prom was going to happen, I said okay I want to do something big," Haskett said.

His first step was to apply to be on the prom court. He was voted on by the student council, and it was up to the rest of the students to make the final decision.

"It was just a surreal moment," Haskett said. "I actually did something, and it matters to people.”

The bigger victory wasn't the crown itself, but who he won it for.

“I ran for inclusivity," Haskett said. "I ran for the LGBTQ+ community, or the rainbow mafia as I like to call it.”

Haskett came out in ninth grade. Since then, he says he's been fully owning his identity and passions.

"Pre-COVID, I used to wear heels, corsets, anything that I wanted, to school every single day," Haskett said.

So, it likely didn't come as much of a surprise for his classmates that he accepted his Prom King title in a gown, one he made himself.

Haskett said he's loved fashion since elementary school, when he would design outfits for Barbie dolls because he didn't like the clothes she came in. His passion is for creating evening gowns.

"Evening wear is something you remember for a long time," Haskett said. "Like a wedding dress You always remember your wedding dress. It’s just something special that nobody really has."

His chose to design and wear his gown to prom to make a mark.

"It’s okay to be different," Haskett said. "It’s okay to do things creatively and not have to stick to the social norms of today.”

Haskett plans to attend the Fashion Institute of Technology in New York City in the fall, where he will study women's fashion design with a focus in evening wear.