Basking sharks are the second biggest shark species, with some reaching up to 26 feet long. The shark in the video was probably on the search for some krill. 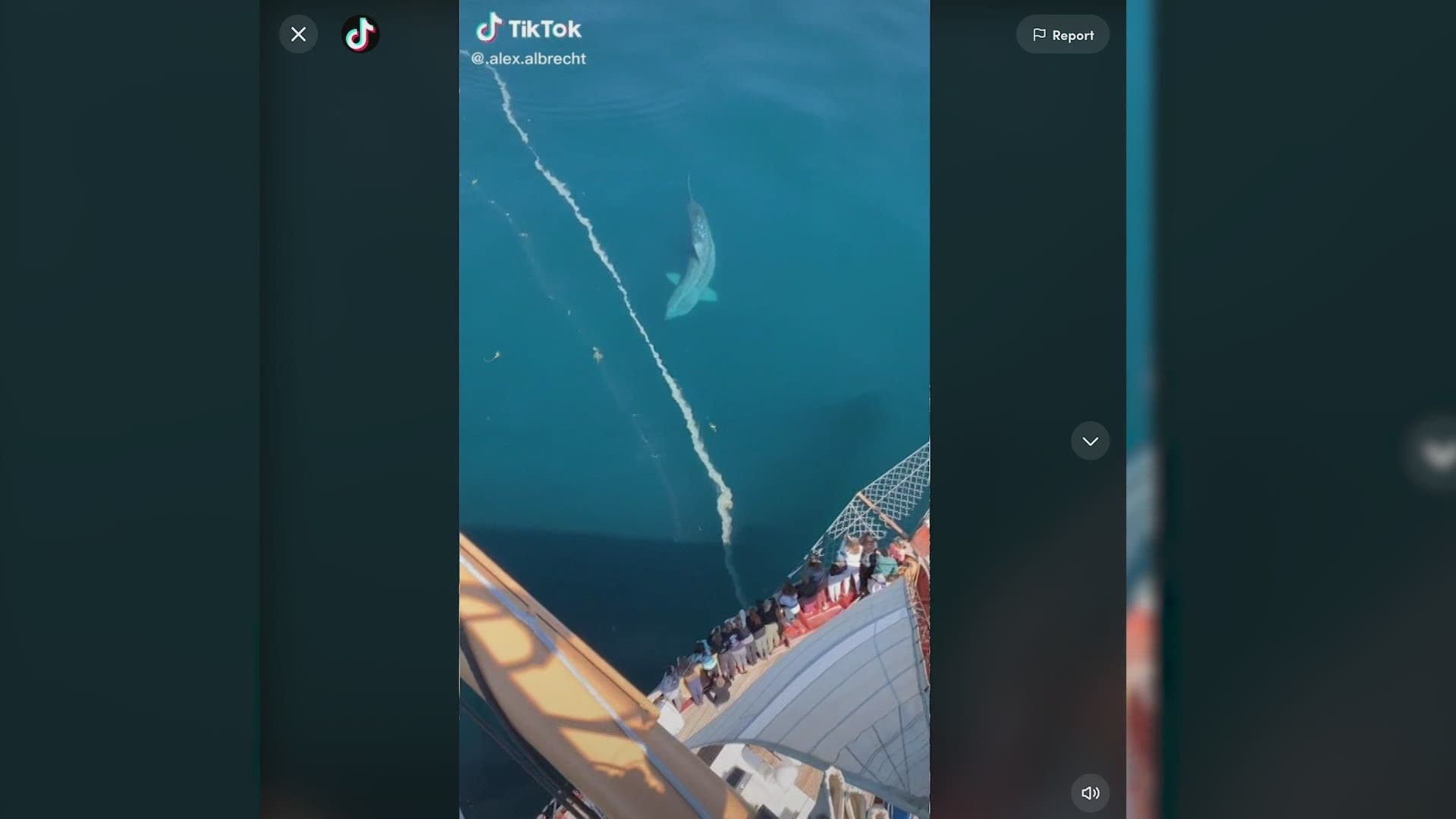 BELLEVUE, Wash. — A Bellevue man left for a six-week educational experience at sea and returned with a viral video that’s racked up over 50 million views in a week.

Alex Albrecht is a graduate of Lakeside School in Seattle. He was taking advantage of a hands-on oceanographic research program with The Sea Education Association in Massachusetts when he captured his one-of-a-kind shark video.

After spending six weeks at sea, Albrecht was trying to capture the scenic view on the way back to shore when he spotted something in the water.

“We spent weeks working on research projects and I was studying sargassum seaweed. We were off of Cape Cod and I decided to up for a view from the top because it was a crystal clear day,” he said.

The video quickly took a different shape as a shadow entered his frame from below the surface of the water. It turned out to be a massive basking shark, causing screams and amazement from students below. Basking sharks are the second-largest living shark as they can reach up to 26 feet in length.

“They are filter-feeding sharks so it’s eating little krill and plankton, which means it won’t be chomping on any humans,” Albrecht said.

Albrecht posted the video on TikTok when he got back to shore, thinking his friends and family might get a kick out of it. He woke up to over 5 million views on TikTok the next morning. A week later, the video was viewed 51 million times.

Albrecht said he was shocked by the attention the video got, and also by how many commenters said they never wanted to get into the ocean again.

"For someone like me who loves the ocean and loves the idea of biodiversity and conservation, it was an incredible treat to see that in person, and I hope the people who see the video are curious to learn more and to conserve what we have going forward,” Albrecht said.

You can see the impressive video all over the internet but officially on Alex’s TikTok account @.alex.albrecht.