“I want to memorialize those lost in the 1900 Storm and honor the survivors for their strength and courage to move forward and rebuild." 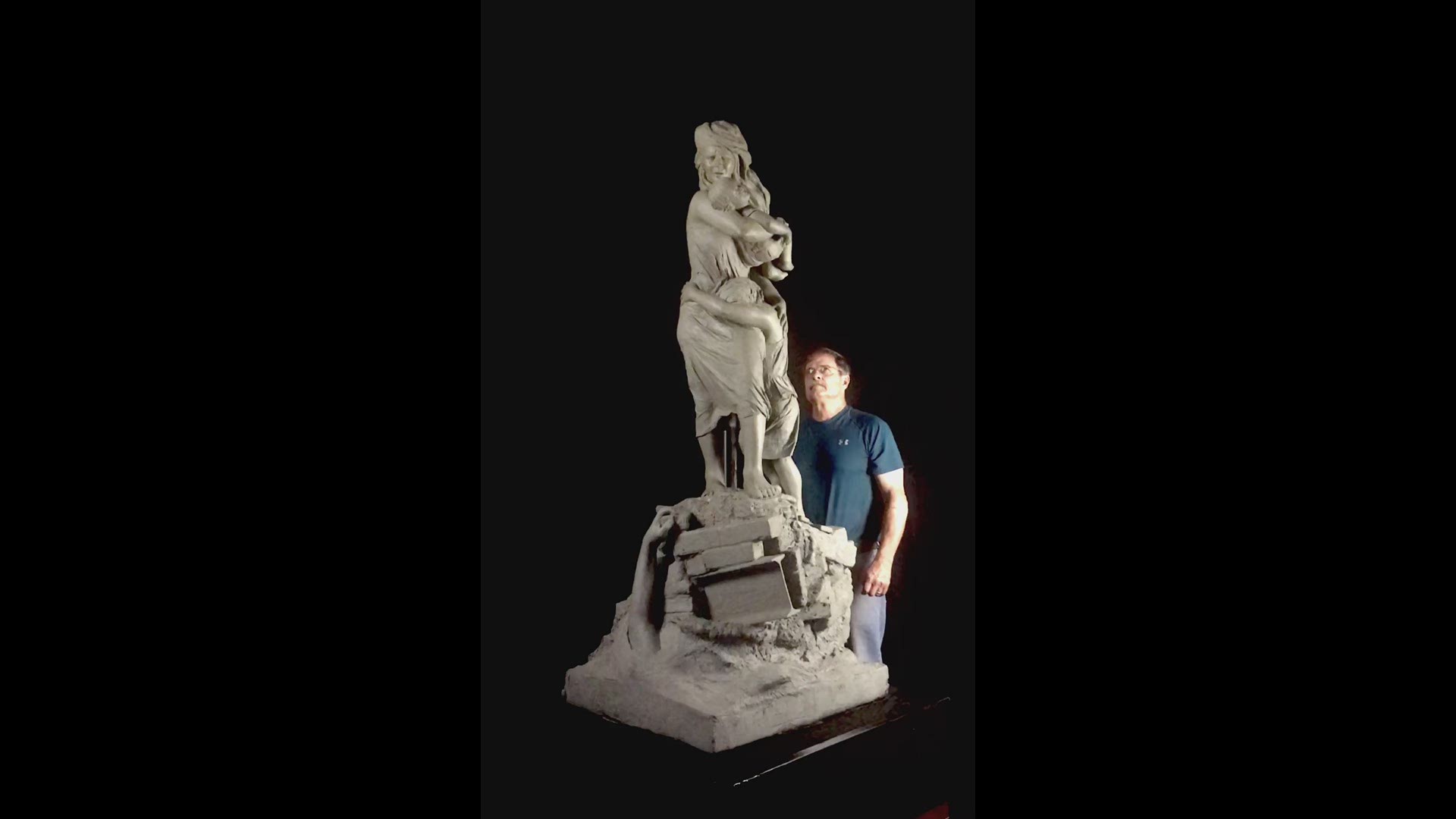 Doug was inspired by Pompeo Coppini's sculpture, "Victims of the Galveston Flood." The original piece was made in 1904 as a tribute to the thousands that were killed by the Galveston hurricane in 1900. It disappeared in 1920 after being at the University of Texas for five years.

“When I first saw the few surviving photos of the sculpture, I was struck by the powerful image and the anguish on the face of the female figure,” says McLean. “I felt I needed to challenge myself to create my own interpretation of this lost work.”

Doug McLean started working on his "Hero" sculpture in 2016. He spent his nights and weekends on the piece, totaling about 1,500 hours.

"Hero" looks like a replica of Coppini's "Victims." It shows a woman holding a baby with a child hugging her waist as she walks over a pile of debris from the hurricane.

“I want to memorialize those lost in the 1900 Storm and honor the survivors for their strength and courage to move forward and rebuild in what is still considered one of our country’s greatest reconstruction efforts."

“It is also important to me to honor the powerful role of women in our island’s history who through their maternal love, community involvement, philanthropy, strong influence on governmental policies and emphasis on education in our community all provided the best for future generations.”

Doug plans to spend another 100 hours to finish the sculpture, and he's looking for donors to help pay for its molding and casting.