Douglas Hurley and Robert Behnken will fly to the International Space Station next week in a SpaceX Crew Dragon spacecraft. 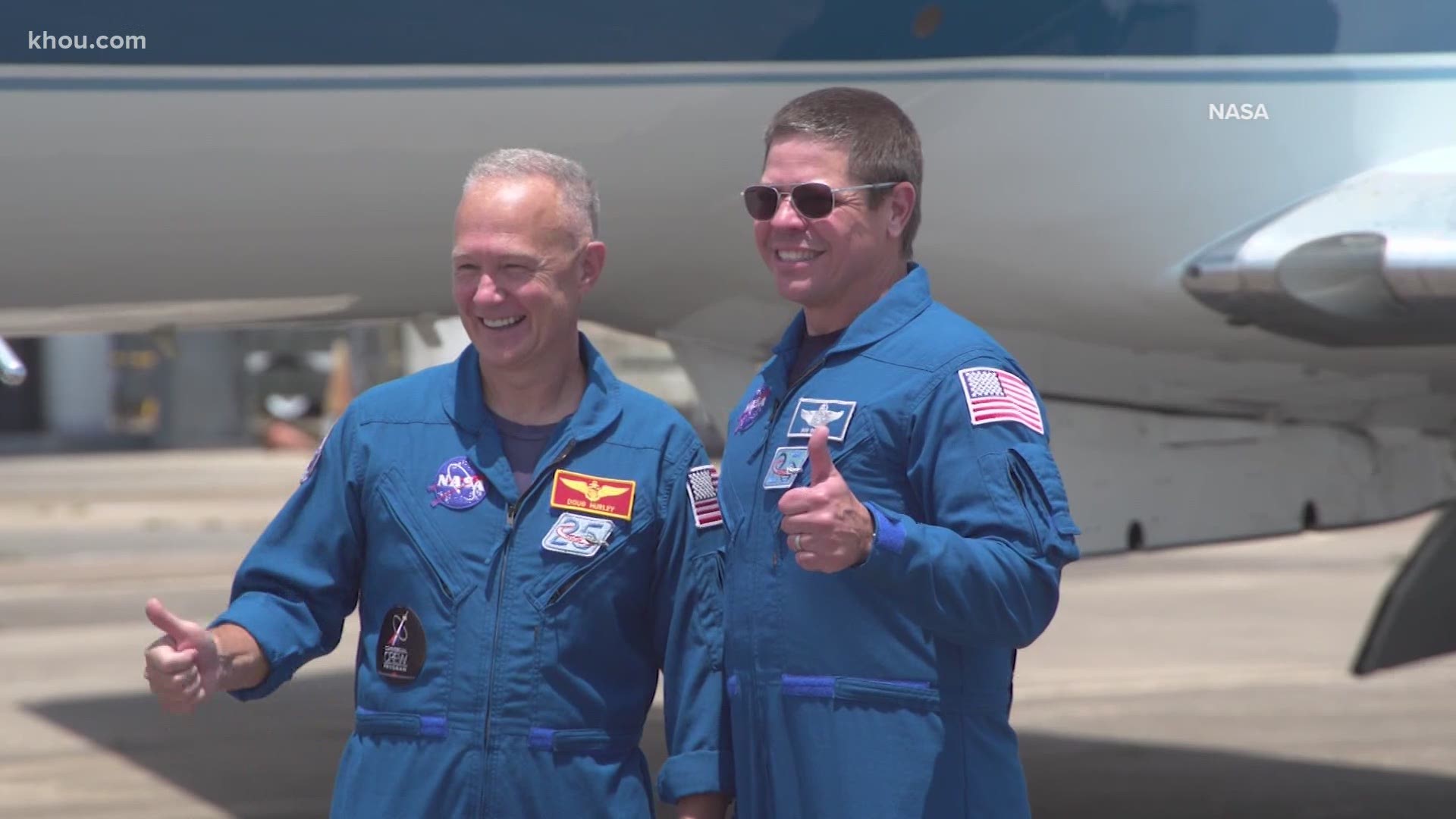 HOUSTON — Two Houston astronauts are headed to Florida to embark on the first rocket launch from American soil since 2011.

The two astronauts will fly to the International Space Station on May 27 on a SpaceX Crew Dragon spacecraft powered by a Falcon 9 rocket. The launch is scheduled for 3:33 p.m. Central.

The launch is the final test flight for SpaceX's Falcon 9 rocket and Dragon spacecraft, and the first time NASA astronauts will test the spacecraft systems in orbit.

It’s the first time NASA is launching a spacecraft it does not own, operate or had purchased.

The Commercial Crew Program unites NASA and private companies—including SpaceX, Boeing and others—to create a competitive market for space travel, which should increase access to space, drive down NASA’s costs and allow the space agency to focus on “deep space missions.”

“It’s kind of a culmination and it’s that next stage of human space flight," Hurley said.

Hurley is one of the last astronauts to fly an American spacecraft. He was on the last U.S. space shuttle, Atlantis, nine years ago. Hurley, 53, is the space commander of Demo-2, whose duties include everything from launching to returning home. A New York native, Hurley joined the NASA astronauts in 2000 and has gone on two spaceflights. He previously was a fighter and test pilot for the Marines.

“(I had) absolutely no expectation that I would have flown again," Hurley said.

Behnken is the joint operations manager for the mission. He, too, became an astronaut in 2000 and was part of two shuttle flights. A Missouri native, Behnken has logged more than 700 hours in space. He was previously a flight test engineer for the Air Force.

They were picked for the mission “for their extensive test pilot and flight experience."

The astronauts estimated Wednesday that the mission will last anywhere from one to four months.

“This time we’re doing it differently than we’ve ever done it before," said NASA Administrator Jim Bridenstine.