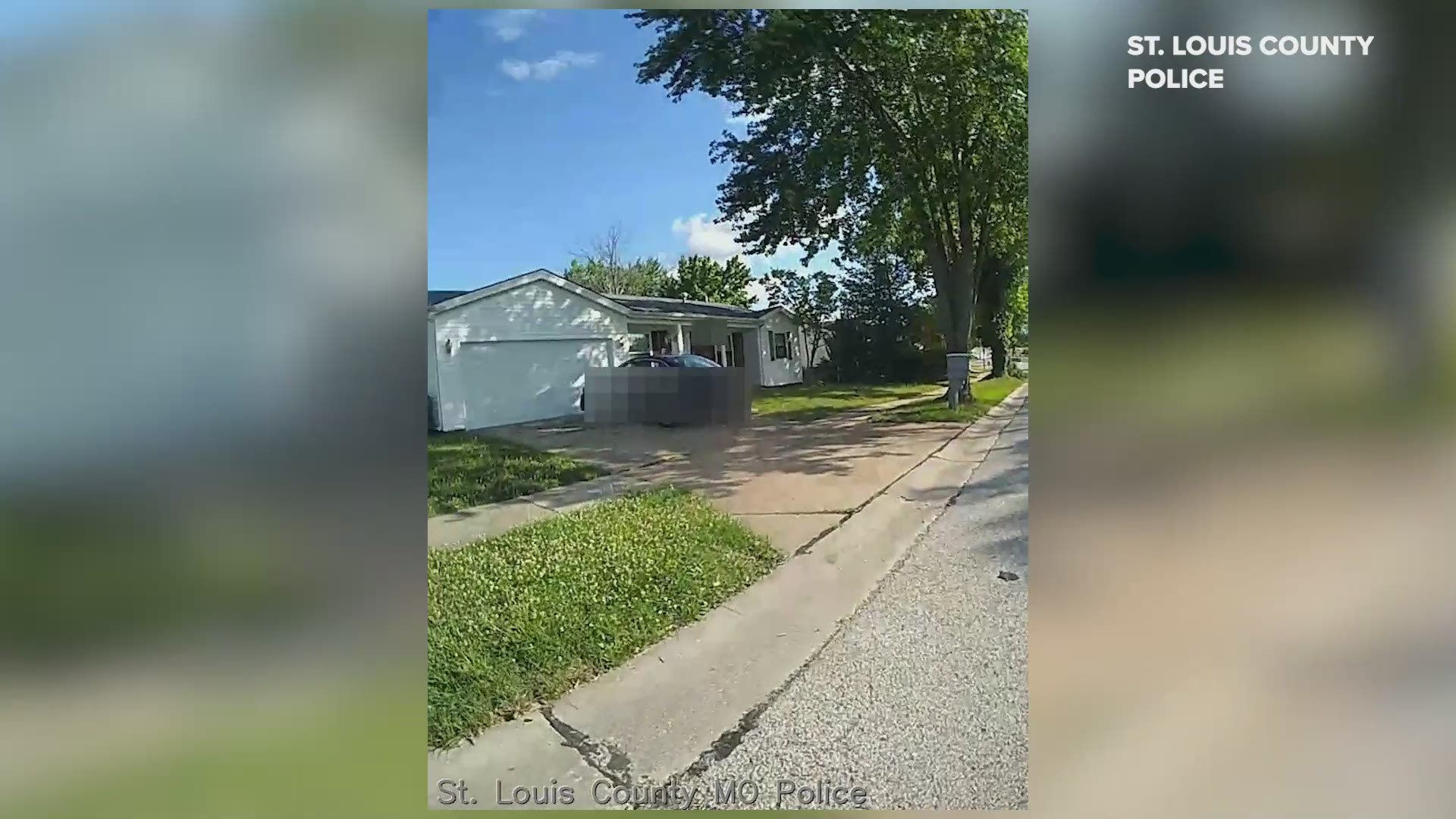 Officer Wesley Pierce responded to a north St. Louis County home on July 12 for a call of a one week old who wasn’t breathing.

The video begins the second Pierce gets out of his squad car. You can see he's running to the house and putting his face mask on before he goes inside.

With the help from the dispatcher, officer Pierce immediately began giving the baby girl CPR.

You can hear the dispatcher giving officer Pierce instructions in the video.

After a few tense moments, the baby began to cry.

You can hear officer Pierce in the video say, “come on sweetie.” And then the baby started to cry.

Officer Pierce said he isn’t taking all the credit and is so thankful for the dispatcher.

"You know everyone says, ‘good job,’ — but any of us would've done that. I got the call. But I really am also thankful for the dispatcher who was on the phone and gave me the instructions. He really made me collect myself and help through it as well," Pierce said.

Paramedics arrived and took the baby to the hospital.

Officer Pierce said after some tests at the hospital, she was able to go back home.

No new emojis in 2021 thanks to coronavirus