The puzzle company’s mission is to address a lack of representation of people of color – and to give families a tech-free way to connect with each other. 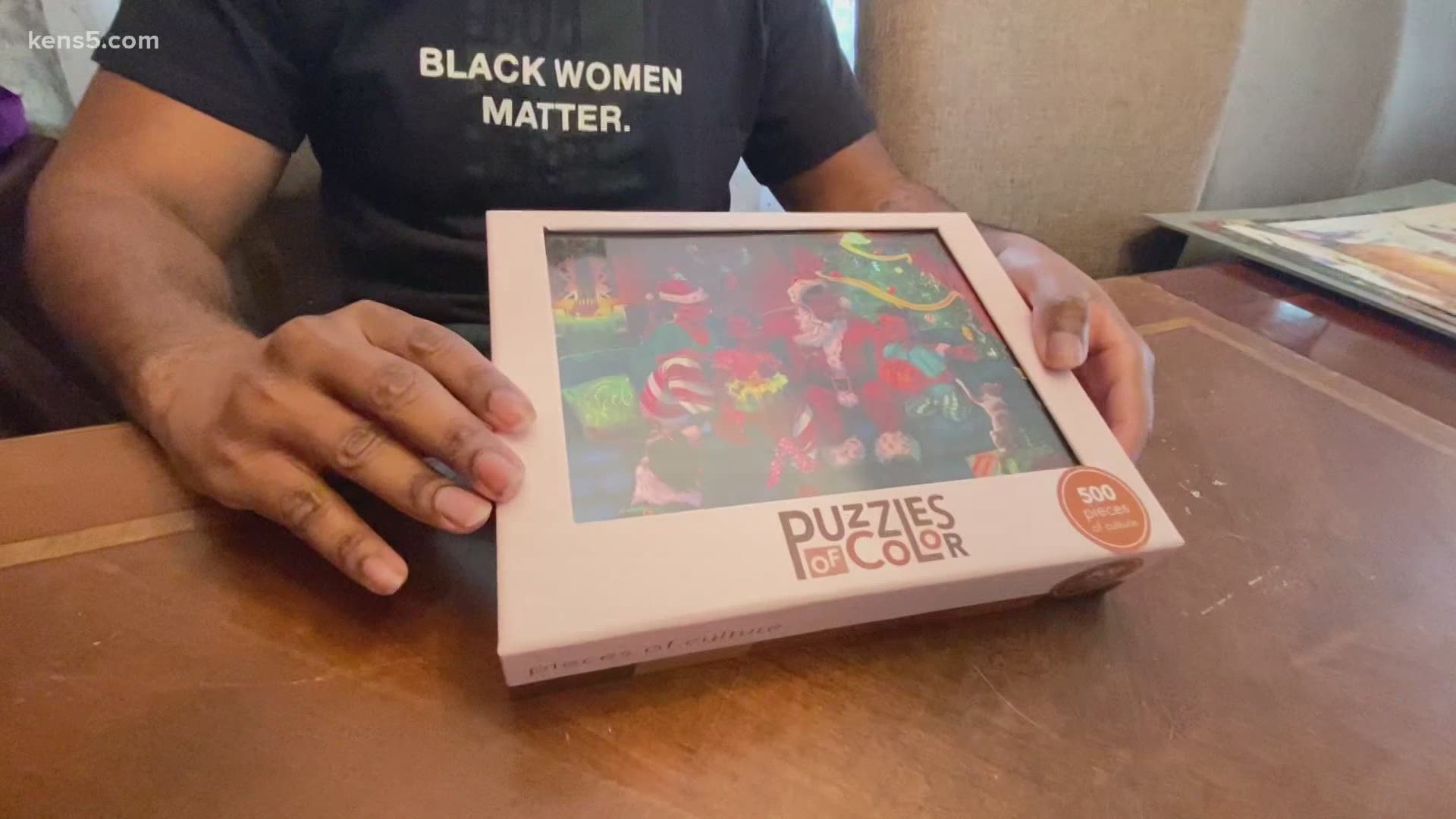 LITTLE ELM, Texas — A brother and sister from the Dallas area are all about solving puzzles – and now as adults they’re figured out a solution to an issue that baffled them: Underrepresentation of minorities.

Ericka Chambers and William Jones started talking, which ultimately led to them creating Puzzles of Color. While Chambers was pregnant and making plans for her baby’s nursery decor, she spoke to a friend who said she was using a puzzle as the theme. Chambers said she thought about doing the same thing, but couldn’t connect with any puzzles she looked at. She thought of her brother’s friends who were artists and wondered if she could get a puzzle made with one of their pieces of art.

Thank you @CBSThisMorning for this amazing feature! We're excited to bring a new way for people to engage with puzzles!! #BlackOwnedBusiness #MondayMotivation https://t.co/GEl3vGSbDJ

The two started talking and brainstorming. After meeting with manufacturers and walking away knowing it would cost too much, they began planning to take on the production themselves to cut the costs.

“We searched Facebook and Instagram - and our own personal relationships - and found people that we really connected with,” Chambers said.

Their brainstorming led to them creating Puzzles of Color, which they began smack in the middle of the pandemic. Even so, their business they started in Chambers’ garage took off - catching national media attention.

Their website intro sums up their main mission: to promote tech-free entertainment for people of all ages using interactive art featuring the work of artists of color:

“We have been doing puzzles as a family since we were in elementary school and really enjoyed the challenge it presented and the long hours of family time we spent putting together works of art. But in doing so, we noticed two distinct problems, (1) the imagery often did not represent who we were and (2) when we liked a puzzle, we couldn’t find a frame that would fit them. So we decided to take matters into our own hands and create a puzzle company that addressed both of these issues. Our puzzles are framable pieces of art created by artists of color.”

Chambers fondly remembers her holiday breaks, spending time with her brother, working on puzzles as a kid. It’s an activity she hopes others will appreciate down the road.

“That was a way to get together and learn different things about each other,” she said. “We were spending hours at a time solving a puzzle, listening to music, working towards a common goal… We really hope that other families can enjoy that… Puzzles are a great way to unwind from a stressful day or to bond with family and friends.”

Puzzles of Color plans to expand its reach by including even more underrepresented people.

“We started with Black artists, but will expand to other minorities in future releases – to showcase their talent and provide representation to puzzlers of all races,” she said.