In Other News: Why Ringo, Texas Stars’ mascot, doesn’t just focus on the kids

In this "In Other News" segment, we take a look at the Texas Stars mascot and his unconventional life purpose. 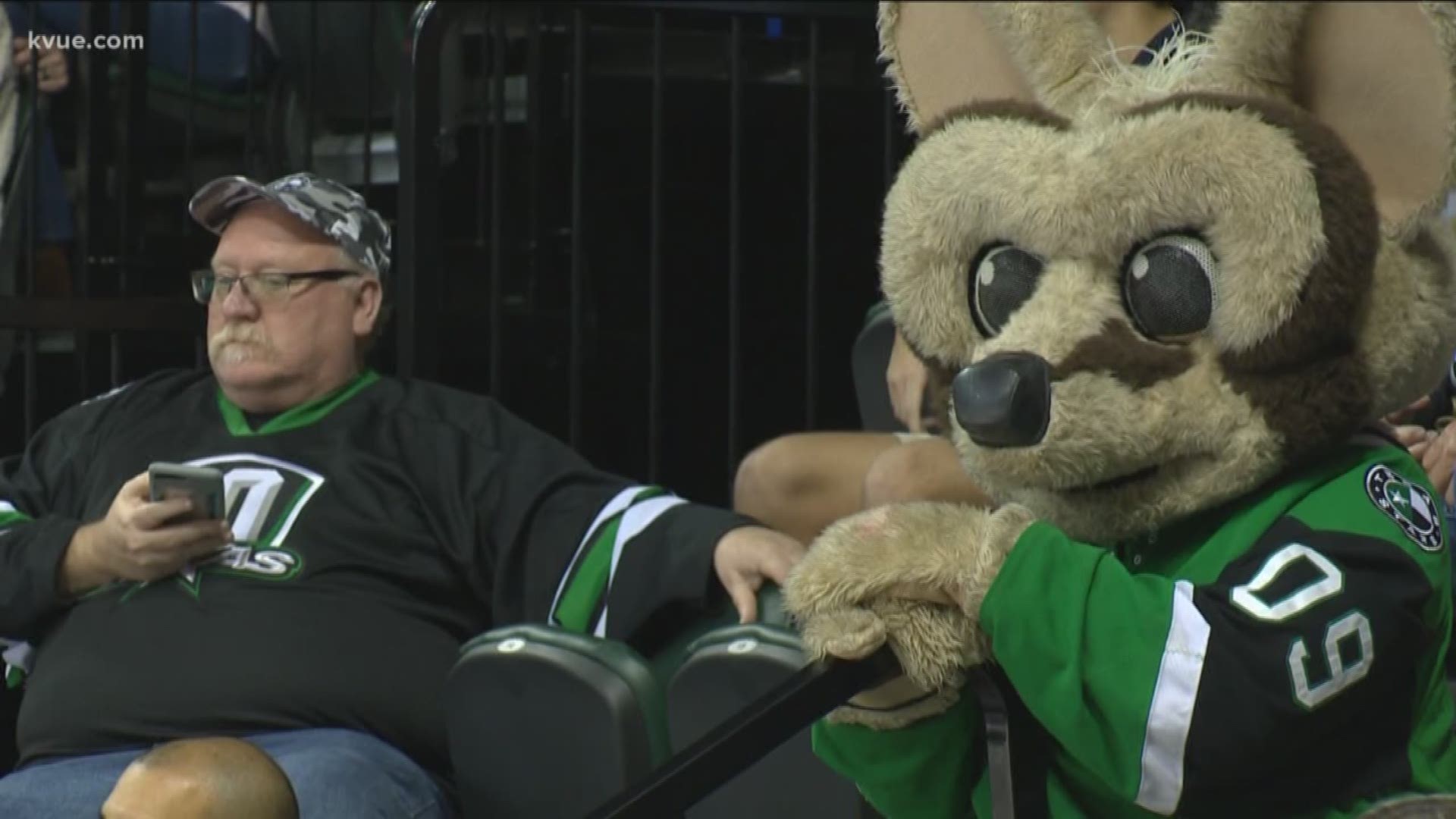 CEDAR PARK, Texas — On a fall night at the H-E-B Center in Cedar Park, Texas, there's a story to be told at the Texas Stars hockey game.

"It feels like a professional environment," said Rod Blomquist.

But it's not about the fans, anything happening in the stands or even the players on the ice. It’s about someone who strikes fear into his opponents, across the league.

Maybe fear is overstating a bit.

"We're talking about the greatest mascot in the [American Hockey League], Ringo the Ringtail," said a concealed voice during a secret interview.

The voice is often unheard and is the voice of the person behind Ringo the Ringtail.

Why did we choose to conceal his identity?

"There's a mystique and what really adds to the character about not knowing that true identity,” the voice said. “Not only is it important for the kids, it just really perpetuates how awesome and exciting and unique this experience is for the adults."

It's a story you've undoubtedly heard before.

He went to school and got an engineering degree. While in college, that person became a collegiate mascot. He graduated and became a National Football League mascot. That person then left to take a full-time job as Ringo and helped create a new character for the Texas Stars.

Ringo joined the team two years ago, and since then he's won back-to-back mascots of the year awards in the AHL.

In Other News: 'A little more intense than I expected'

In Other News: Trying to feel drawn somewhere

His goal isn't just to entertain kids, however. He thinks that’s pretty easy. It’s the adult audience he hopes to entertain.

"I mean, yeah, any time you go to Easter and you see the creepy Easter bunny the kids don't think twice how creepy he is,” the mascot said. "It's so much easier to entertain children, it's finding that niche market and that personality that can entertain fans of all ages, and more importantly, making those older adults feel young again."

He has one goal in mind every day he clocks in.

Ringo is a bit goofy.

"Did you expect this to happen today?” asked KVUE photojournalist Jackson Grimm of a fan one game.

“No I did not, I'm already having a bad hair day," said Texas Stars fan Alycia Aubin.

If you take a moment to take in the furry mascot, you'll see a sweet, loveable, sensitive side.

“Oh my God, he's really coming," said a fan who received a hug from Ringo. "I did not expect that at all."

"I think what makes him so loveable and what my favorite part of that character is, he's adorable. What's ironic is he probably has the most personality and attitude than any mascot," Ringo said. "He's easily offended, he's going to get in your face."

But the mascot said there's "more to this character than just something cute and cuddly – there's an actual personality there."

He’s not just in charge of keeping fans entertained in the stands. He also does end of period skits and is involved in different aspects of the whole game.

"Hockey on the ice is the number one priority, but when there's downtime it's my job to grab everyone's attention," the mascot said.

It's a chance for creativity, and when all is said and done, this is a story that’s just about someone trying to make others happy.

"At the end of the day, all I'm like is, 'How many people did I make smile today?' That's 6,000 fans on a Friday or Saturday night," the mascot replied when asked why he does it. "There's more value to that to me than any kind of financial gain."

'I have abused my lungs': Willie Nelson quits smoking weed due to health concerns, report says