Early Thursday morning, a Texas milestone was reached, as the 800 millionth Red Drum was released into Texas waters, according to TPWD. 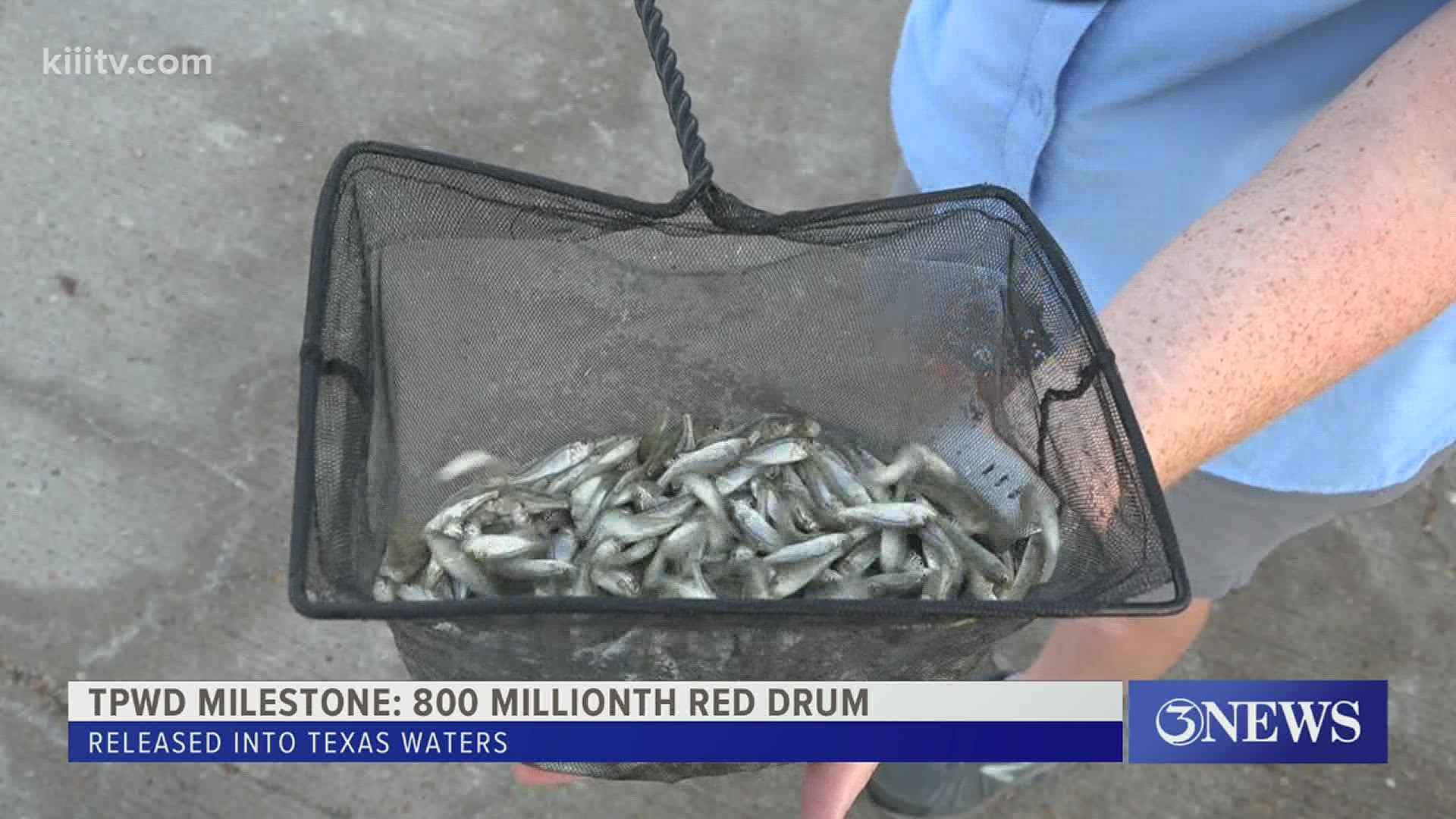 CORPUS CHRISTI, Texas — Early Thursday morning, a milestone in Texas wildlife and conservation was reached as the 800 millionth Red Drum was released into coastal waters.

The release happened right here in the Coastal Bend at Bird Island Basin.

The release is part of Texas Parks and Wildlife's stock enhancement program, in which Red Drum, Spotted Sea Trout and Southern Flounder are released back into Texas waters as a fisheries management tool to help sustain healthy populations.

The program has been in place since 1982.

"It's an important tool in our toolbox," said Ashley Fincannon, a hatchery manager for Texas Parks and Wildlife.

"As fisheries managers, we're able to monitor the populations in the bays, stock fish out there. Basically a tool to help against overfishing, any type of low-recruitment years, like we had the freeze this past year. We're here to kickstart the next year's population."

When it comes to conservation, Fincannon says that's an effort anyone in the public can easily be part of.

"Follow the fishing regulations. They’re in place for a reason: to let fish mature and reproduce before they're caught and taken from the system, so those regulations are in place to maintain those healthy ecosystems.”

There are three fish hatcheries along the Texas coast: in Lake Jackson (which handles the upper-coast), in Palacios (mid-coast), and in Corpus Christi (lower coast).

So what exactly does a fish hatchery do?

Fincannon explained that there's a stock of adult fish held in tanks that are taken care of year-round at the hatcheries. They're placed on a temperature-light cycle, and are able to spawn over a condensed period. The eggs are collected, incubated and then stocked in a pond at one of the hatcheries to later be released into Texas coastal waters.

According to TPWD, the program produces 25 million juvenile fish to be released into our bays, and by this, it's supplementing natural populations to help benefit anglers.

According to Fincannon, the totals for the number of fish stocked into the Laguna Madre on Thursday were:

Across all three hatcheries, TPWD has released over 15 million red drum and six million spotted seatrout.