Defying the odds: This is the out-of-the-box treatment helping Scout the dog recover after a nearly fatal hit-and-run

After being hit by a car and left for dead, innovative treatment is helping Scout defy the odds. 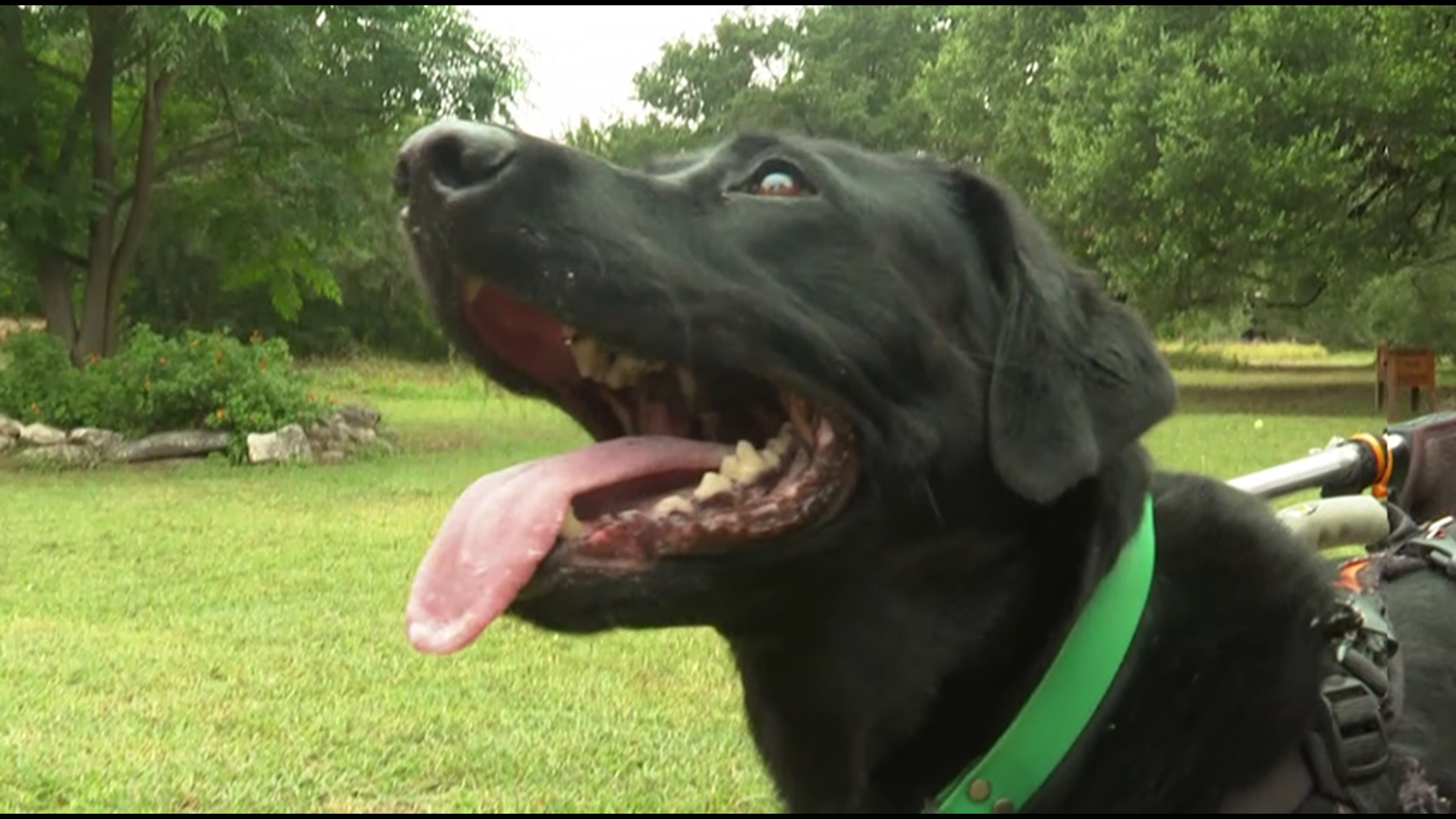 SALADO, Texas — Meet Scout. She’s a 6-year-old Labrador defying the odds. Last year, Scout jumped the fence of her house and made it out to the street where she was hit by a car. Blake and Kelli Oseen recall the moment it happened.

“We were devastated,” Kelli said.

“All of a sudden she leaned up on my leg and I leaned down and I looked at her and said let’s go and that’s when I knew something was wrong,” Blake said.

Scout was rushed into surgery at Texas A&M in College Station. Her owners prepared for the worst.

“(Doctors) fused her spine and gave us a 1 percent chance she would ever have movement in her back legs. We didn’t even think she would make it through surgery because what happened to her was so severe,” Kelli said.

But Scout made it.

“We did the surgery and a week later we picked her up in a wheelchair,” Kelli said.

It’s been a road to recovery ever since.

RELATED: 'My world is gone without him. I need him' Army veteran searching for lost service dog

Now, Scout goes to All Creatures Hyperbaric Care in Salado.

“Its mobile hyperbaric services for veterinarians and their patient. It will heal any type of wound,” Owner Terri Swanson said.

Scout was a good match for the treatment.

“When Scout first came to us, she had a bad surgical infection after the surgery and on top of that she was in a lot of pain, which means there was a lot of inflammation going on after surgery and she had no feeling in her feet at all,” Swanson said.

The treatment has been effective for Scout.

“The first treatment out we squeezed her toes and she jerked,” Kelli said.

RELATED: Journey's Journey: How a puppy becomes a service dog

This form of therapy is unique.

“Texas only has three hyperbaric centers, other than us, in the whole state of Texas for pets,” Swanson said.

A veterinarian has to refer a patient to the facility before treatment can begin.

It may seem expensive, but Swanson said she wanted to make sure it was affordable. Each 90-minute session costs about $80. Because the chamber is big, two animals can fit at the same time and split the cost, making it that much more affordable.

While Scout’s story is a sad one, she is not letting it stop her from thriving.

“If I told her to jump in the pick-up she’d still try it,” Blake said.

Scout is energetic and playful, which is why she's broken several wheelchairs and is in need of a new one.

Scout’s owners said they want to make sure they are doing everything possible to keep her around.

“She’s got a heart that I’ve never seen in any dog,” Blake said. “At the end of the day, it's totally worth it.”

A twin's hope: The tragic and triumphant story of a family's fight with asthma