‘Lights Out, Texas’ through May 7 to help bird migration

Recent proclamations by the mayors of some of our larger cities, including Houston and Dallas, have already helped pave the way for this effort. 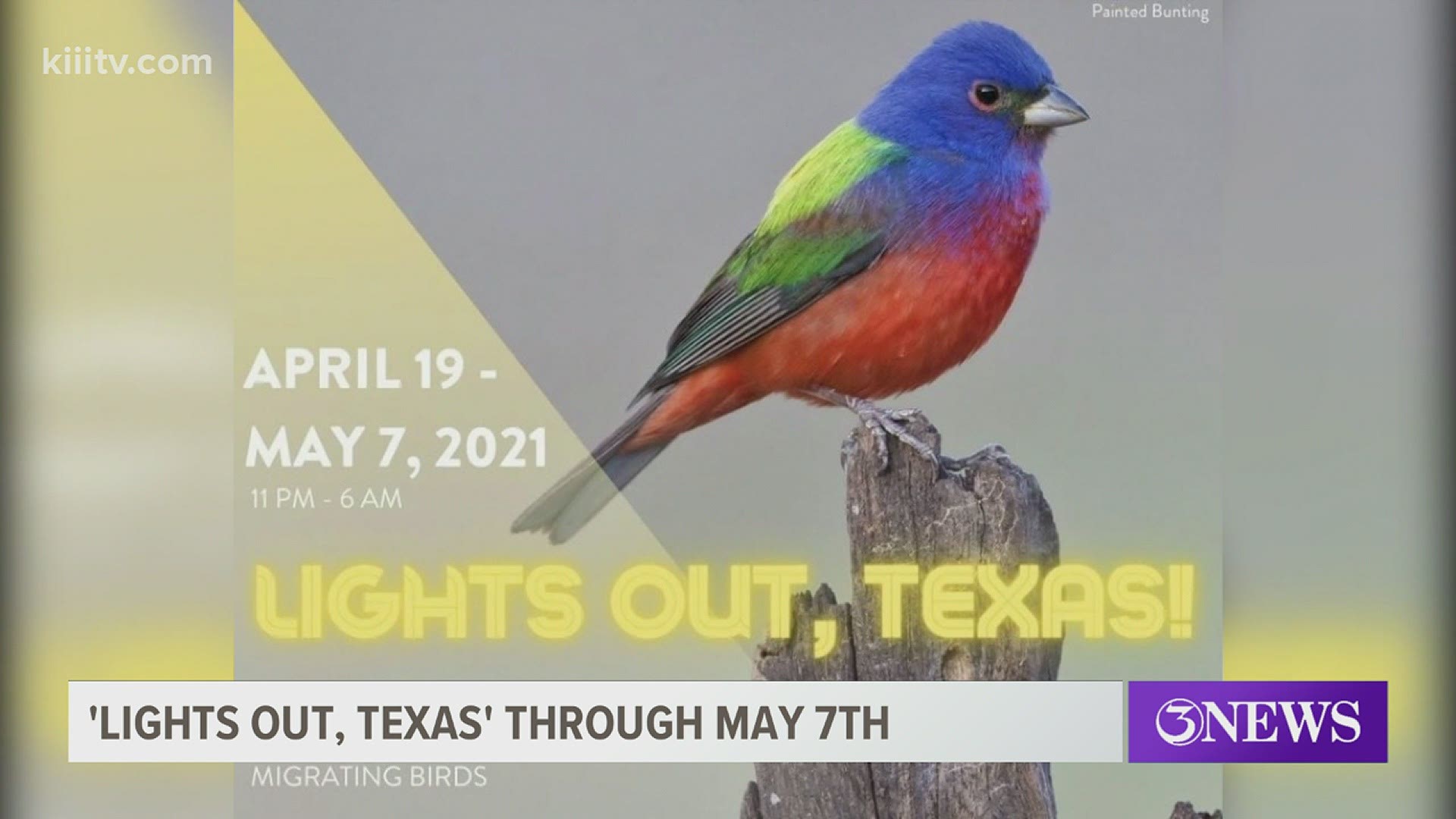 CORPUS CHRISTI, Texas — It has been said that we live in a bird watcher’s paradise.

Each spring and fall, our skies become a superhighway for a variety of friendly, feathered creatures.

Sadly, many of them never get where they’re going.

In addition to a lack of food or an encounter with an outdoor cat, their biggest enemy is light pollution.

Julia Wang is with the Cornell Lab of Ornithology in New York, and is the project coordinator for ‘Light’s Out, Texas.’

“What a lot of people don't know,” she says, “is that the majority of birds actually migrate at night. Probably about 80% of migratory birds are flying at night rather than during the day, and on their migratory pathways, they are sort of locating themselves using natural signals that can be confused by the presence of artificial urban light.”

Wang’s aim is to make sure the birds stay safe on their avian adventure, by asking people to simply flip a switch.

“Things like wind turbines get a lot of press in terms of bird collisions, but what we don't talk about enough is the fact that residences also kill a lot of birds every year, which is very sad and unfortunate,” she says. “But, on the bright side, it means that everyone can make an impact, whether that includes keeping their pet inside or drawing blinds so that lights don't escape or turning off your porch light during migration season on peak migration nights, there something that you can do.”

Across the country, it is estimated that up to a billion birds die each year from running into windows. Wang says that turning off outside lighting at homes and businesses from 11 p.m. to 6 a.m. can help keep those birds on track – especially during the remaining peak days of the migration season, which runs through May 7th.

Recent proclamations by the mayors of some of our larger cities, including Houston and Dallas, have already helped pave the way for this effort, which is also gaining steam in San Antonio and Austin.

The Cornell Lab is hoping that for the next week, those of us who live at the coast will join the flight to say, ‘Lights out, Texas.’