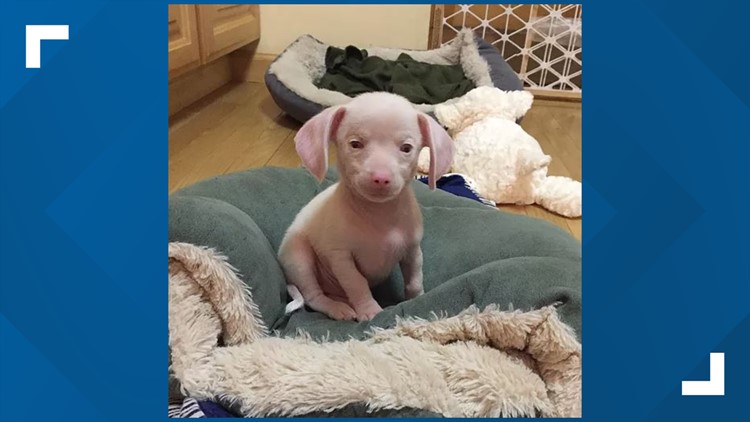 A puppy has captured the hearts of people across the internet for his inspirational story and unique pink-colored appearance.

Piglet, a deaf-blind pink puppy, was rescued from a hoarding situation in Georgia along with his mother and three littermates, according to his website.

Pinkpigletpuppy.org details that he traveled to Connecticut in March of 2017 to be taken in by a foster family who say he was a 1-pound screaming baby. As things would have it, his foster home became his forever home when they adopted Piglet in May of 2017.

After months of screaming and severe separation anxiety, Piglet finally got into a routine snuggling in his dad’s arms, playing with his dog pack siblings and taking walks down the street.

He's grown a little since then, but he's also gotten more playful, and some may even say, famous!

In February 2018, Piglet made his New York debut at the New York Pet Fashion Show and was an invited guest to The Body Shop Forever Against Animal Testing parade.

Most recently, he flew out to LA for his second PetCon in June of 2019.