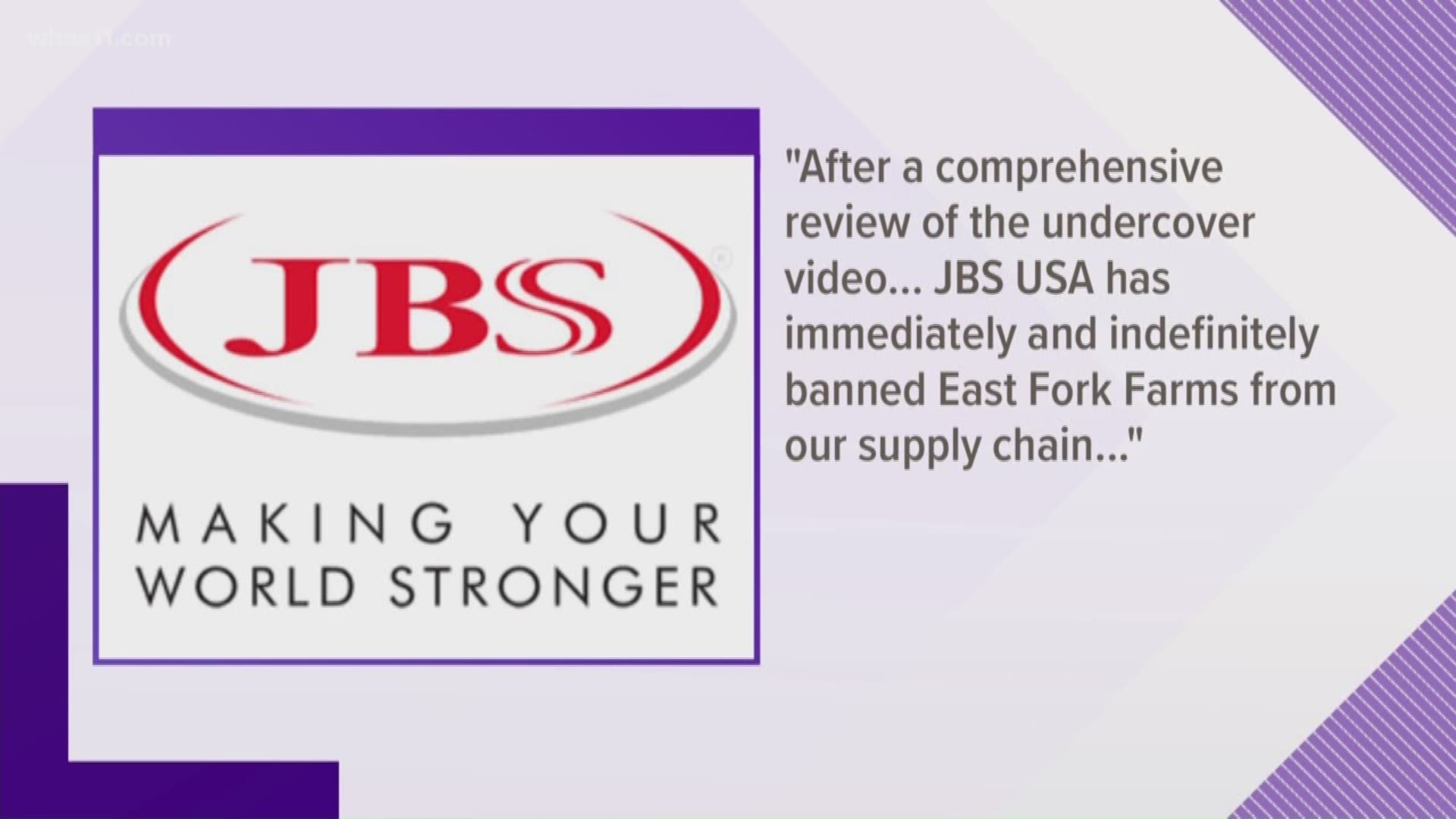 PETA said the video of East Fork Farms in Brownstown, which can be found on their website, shows pigs with bloody sores living in tight spaces with dying or already dead pigs.

"Mother pigs are practically immobilized in crates barely bigger than their bodies, piglets' tails are crudely chopped off, and trampled piglets are left in agony to twitch on the floor," Tracy Reiman, PETA Executive Vice President, said. 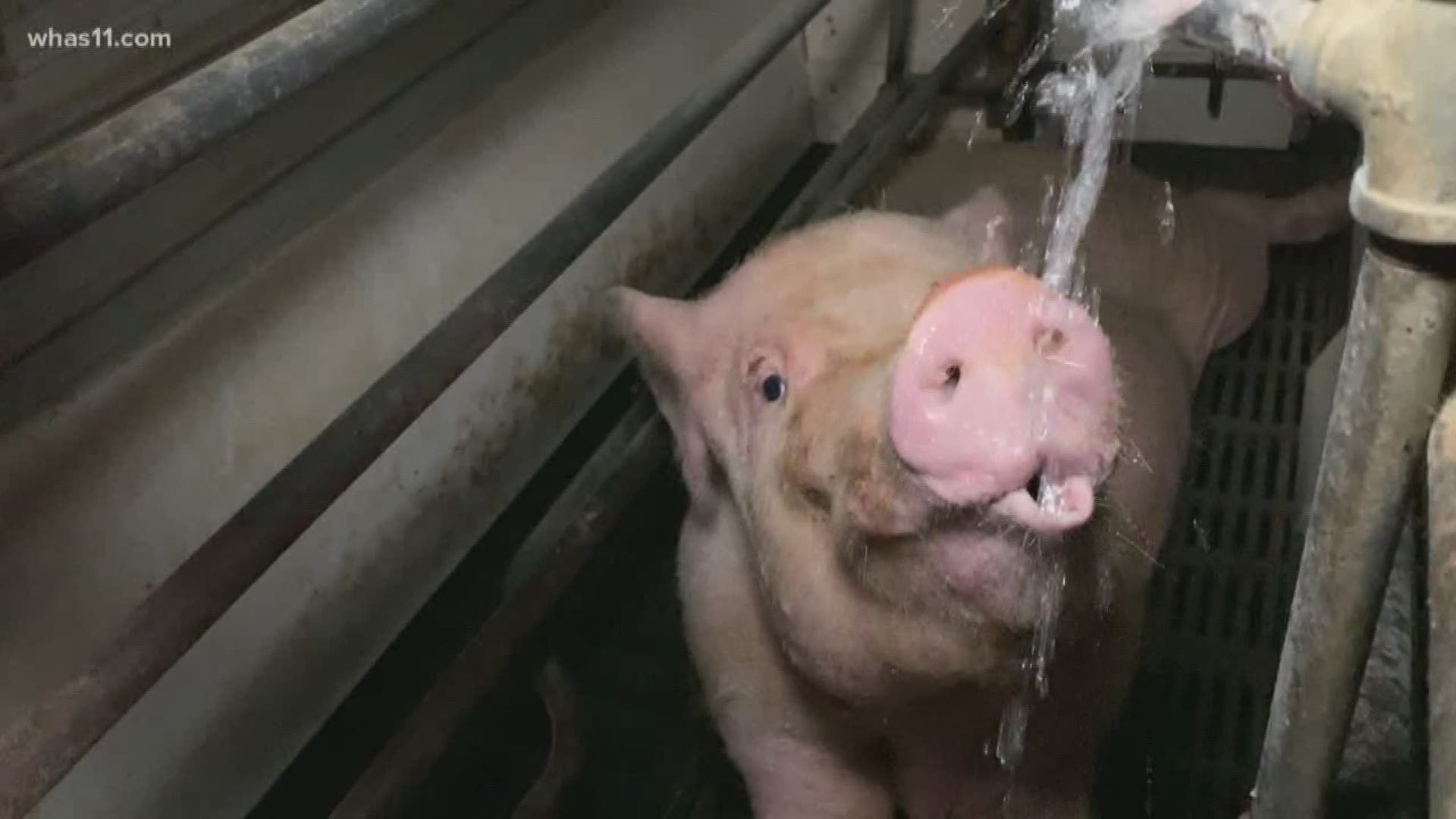 The farm is a supplier to Louisville slaughterhouse JBS USA, the maker of Swift brand pork products and the leading processor of meats in the U.S. and Canada. About 10,000 pigs are killed every day at the JBS Slaughterhouse in Louisville.

PETA claims a worker at the farm cut off piglets' tails and threw the animals in the air. Rats, roaches and other insects were also found around the farm near the bodies of dead piglets.

PETA said they have asked the Indiana State Police to investigate the farm and have alerted the Indiana Occupational Safety and Health Administration to worker safety concerns.

JBS USA Corporate Affairs, Cameron Bruett, released a statement regarding East Fork Farms:  "JBS USA was recently made aware of an undercover video filmed at a sow farm in Indiana. After a comprehensive review of the undercover video and consultation with internal and external animal welfare experts, JBS USA has immediately and indefinitely banned East Fork Farms from our supply chain. While we have not directly purchased pigs from this farm, we will not accept any risk that animals from this farm could be a part of our supply chain.

We are taking immediate steps to audit our supply chain and ensure compliance with this prohibition. Animal welfare is an absolute priority for our company and our customers. The images in the video do not reflect the high standards we demand from our producer partners and we do not tolerate the mistreatment of the animals under our care or in our supply chain."

WHAS11 has reached out to the Indiana Department of Agriculture and East Fork Farms. Neither has responded.