Eviction results in displacement of several cats, one dog dead

Shortly after the eviction took place Wednesday, photos began to surface across local rescue groups, showing pets left in the heat and in need of help. 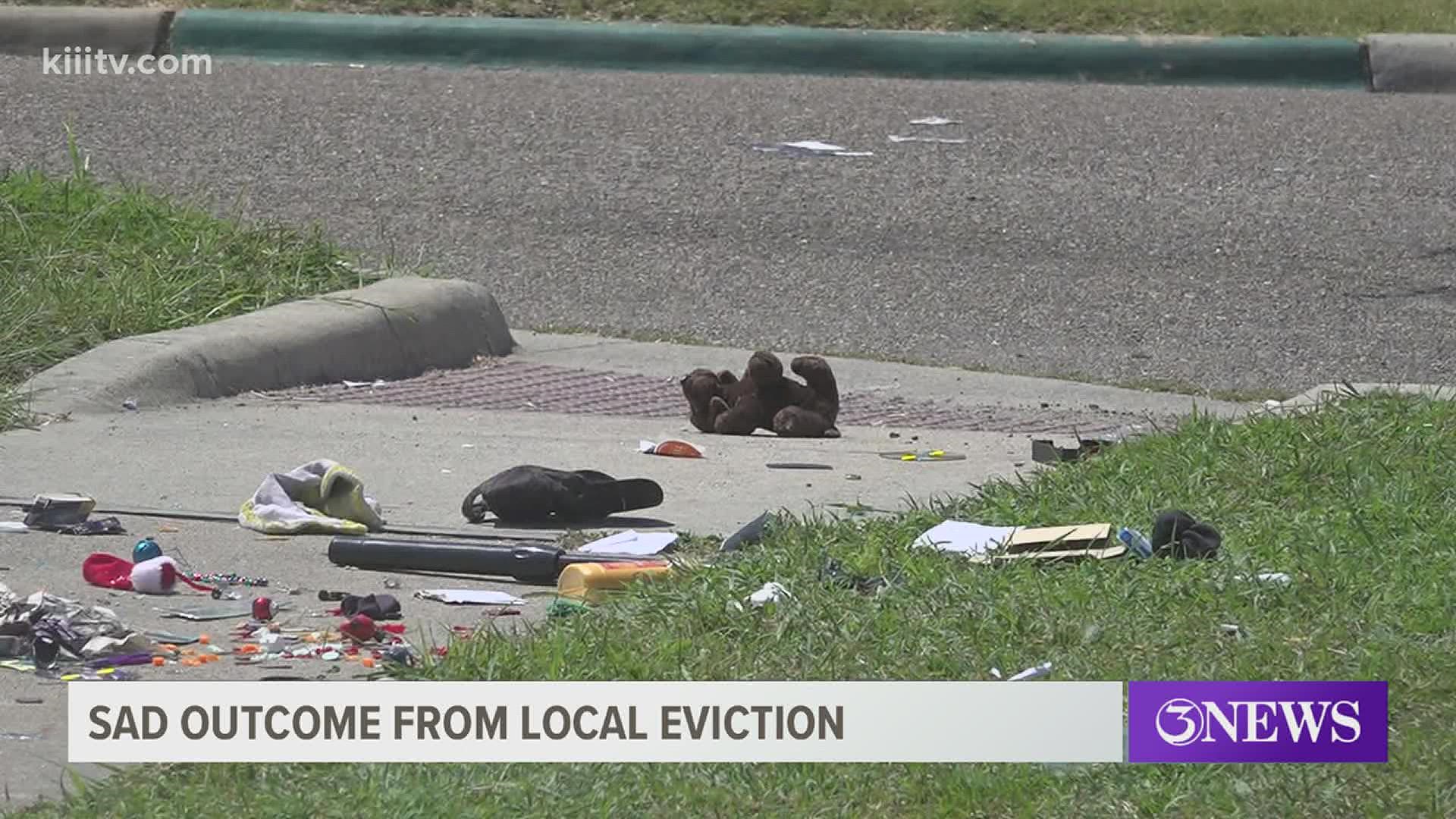 An eviction in the Coastal Bend left one elderly resident displaced, and her pets left to fend for themselves.

Shortly after the eviction took place Wednesday, photos began to surface across local rescue groups, showing pets left in the heat and in need of help.

According to McCahan, the resident was given a first notice of a possible eviction in April of this year. A final notice was placed on her door Aug. 26.

"She did have animals, and we did contact Corpus Christi Housing Authority to try and work out to get her stuff off the side of the road and help find her a place to live" said McCahan.

According to McCahan, there are some aspects of the situation that are out of his office's control.

“The whole situation is unfortunate, and I know it seems cruel by our office, but we are just enforcing the judge's rule," McCahan said. "We have no control once the judge issues the writ."

Joel Skidmoore, Program Manager for Animal Care Services, said they were made aware that cats were left behind following the eviction, but not until after the fact.

"At no time was ACS contacted to let us know the eviction was occurring, so we could address the issue with the animals and either offer help in the forms of an owner-surrender or advising her of legal responsibility she has to her animals," said Skidmoore.

According to Skidmoore, there were at least six cats let outside, and one dog that died. However, the cause of death couldn't be confirmed because the animal was removed before Animal Control arrived.

Skidmoore, says the pets are ultimately the owner's responsibility, but said there are options if you are a pet owner who is possibly facing eviction.

"Reach out to us in advance. Let us know your situation. We will work with citizens in unfortunate situations like what occurred. If you are leaving from your property, you know you can’t take your animals, let us try to find placement or offer an owner-surrender," Skidmoore said.

The cats have been rescued and taken to a local cat sanctuary to find new homes.

Click here to learn more from Animal Care Services regarding rules and regulations as well as resources available to local pet owners.