"She had 4.5 stars, like 50 repeat customers. She was just super highly recommended." 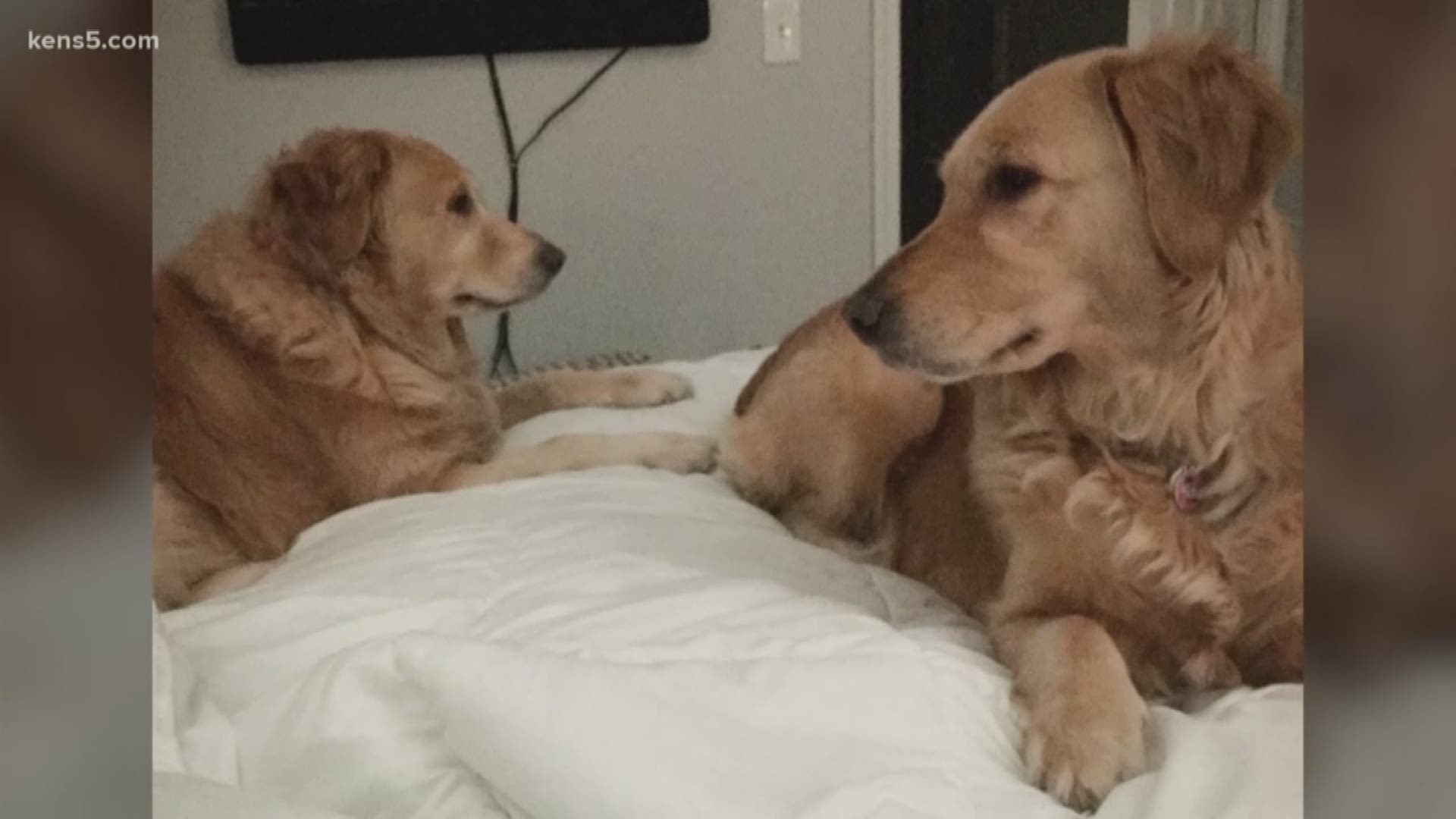 SAN ANTONIO — A vacation cut short has caused a San Antonio family heartache and cost thousands of unplanned dollars, after learning the person watching their dogs lost them.

Tricha Sauce and her husband believed they were leaving their Golden Retrievers, Acoria and Ripley, in good hands when they left for San Diego. They found a high-rated pet-sitter through the website Rover.

"She had 4.5 stars, like 50 repeat customers. She was just super highly recommended," Sauce said.

But Tuesday, June 18, the Sauce family began to question those reviews.

"Tuesday evening, she calls and told us she lost our dogs," Sauce said. "We made flights for the next morning to get back and look."

The pet-sitter told the Sauce family that Acoria and Ripley had run off when spooked during a late-night walk Tuesday, June 18. The Sauces got the next flight out to San Antonio.

Since then, they've spent hundreds of hours and thousands of dollars, searching from their apartment on the Northside to Camp Bullis and Babcock - where the dogs were last seen.

"We've maxed out like two credit cards," Sauce said. "They're my babies. My husband and I didn't have kids."

Today, instead of walking the dogs, Tricha walks alone to pick up and pass out fliers. While she speaks to people, Rover is also reaching out; Rover spokesperson Dave Rosenbaum released the following statement:

As dog parents ourselves, we are fully committed to seeing Acoria and Ripley returned home to their family as soon as possible. We have stayed in close contact with the family, printed over 400 fliers, reached out to more than 160 local sitters to assist in the search effort, posted in online dog locator platforms, and offered a reward.

However, there has been near-silence from the woman responsible for losing the dogs.

Anyone with any information regarding Acoria and Ripley are asked to call the Sauce family at 210-608-0867. Sauce said there will be no questions asked. The family simply wants their pets back home.

Harlandale ISD under scrutiny as state education officials step in

Medicaid recipients: Your next ride to the doctor could be free

Richardson father sentenced to life in death of Sherin Mathews