The research team is analyzing juvenile white sharks from San Diego all the way north to Point Conception. 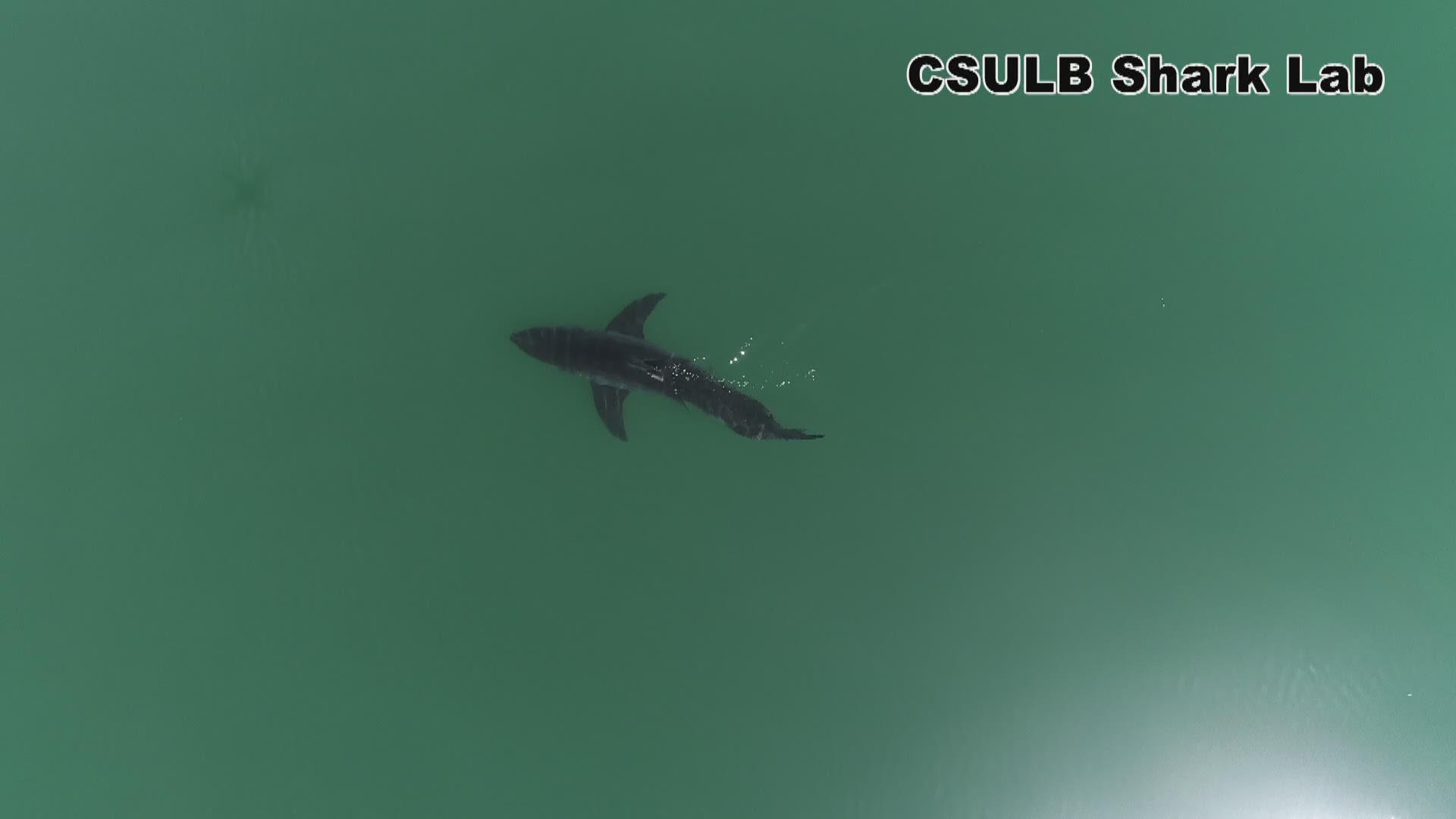 SAN DIEGO COUNTY, Calif. — The sighting of yet another Great White Shark in San Diego water no doubt set off alarm bells for some on Tuesday afternoon. The shark considered juvenile by research standards bumped into a lifeguard who was stand up paddleboarding in Coronado.

Although interactions like that are not common, the sharks themselves are actually quite common in the waters off San Diego, especially this time of year.

Researcher from Cal State University Long Beach Shark Lab, Patrick Rex said, “The older juveniles are migrating up [to Southern California] from Mexico. They will be here throughout the summer, so May through August, whether they are born here or not and then they will migrate down to Mexico for the winter months.”

Rex and the team of researchers recently found a juvenile white shark in the waters at Torrey Pines State Beach. The approximately 8-foot shark was swimming off the coast and did not come into contact with any humans. Rex said, “It is important to remember these are juvenile white sharks so they are really young and naïve. They are not showing aggressive behavior, just naïve individuals.”

The team is monitoring juvenile white sharks up the coast of California from San Diego to Point Conception. The group's goal is to figure out when and where humans and sharks are in the same area at the same time on a geographic scale from Point Conception to San Diego and along the near shore.

The research will then help determine which groups of people (surfers, bodyboarders, stand up paddleboarders) are more likely to encounter juvenile white sharks and what environmental parameters make this more likely (wave height and tidal height). The researchers will then provide the information to both the public and marine safety division so they have the best available science as far as shark behavior goes.

The researchers stressed that swimmers should not be afraid of sharks, but to instead practice caution when you are in their environment. Rex said, “As long as you are practicing safe practices such as surfing with friends and being aware of your surroundings you should be able to use the ocean at the same time as the sharks.”

The team said they will be in San Diego quite a bit over the summer so don’t be surprised or alarmed if you see more drone video of white sharks swimming along our beloved coast.

To support the work The Shark Lab is doing, click here.