All four of the turtles received treatment at the center and were ready to go back home. 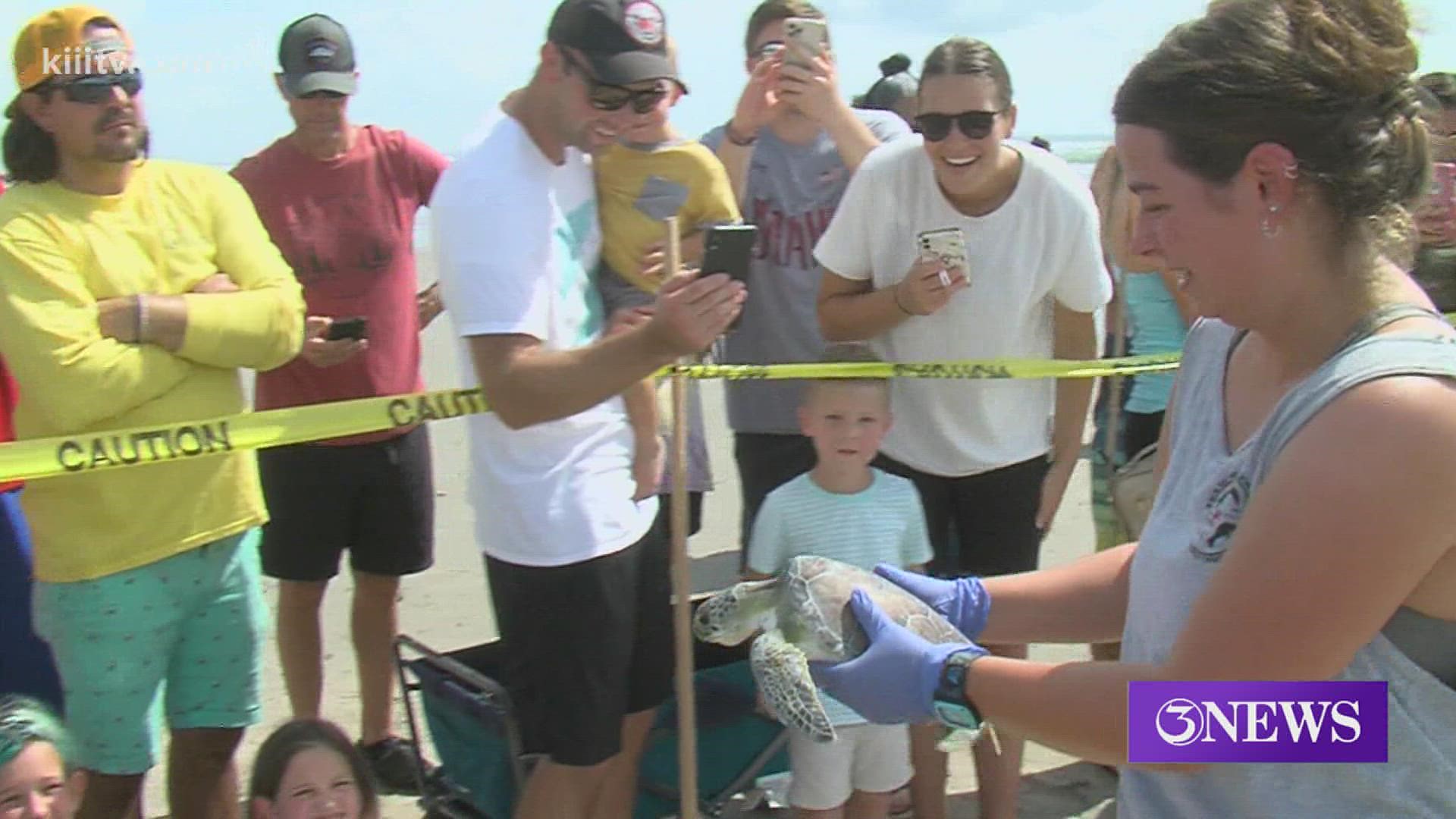 CORPUS CHRISTI, Texas — Sunday was an exciting day for beach goers, and turtle enthusiasts who got to witness as the Texas Sea Life Center hosted their first public turtle release of the year.

Amanda Terry, Director of Rehabilitation at the Texas Sea Life Center said they were thrilled to be able to open Sunday’s turtle release to the public. The event resulted in the release of three green sea turtles and one logger head sea turtle back into their natural habitat.

“We haven’t done any since COVID, so it’s been about a year and a half," said Terry.

All four of the turtles received treatment at the center and were ready to go back home.

"This is why we do what we do, to see our patients go home and to educate people and let them know about these animals, this is why we are here and it's a good feeling," said Terry.

According to Terry, the center is running solely on donations and volunteers. If you would like to contribute to their mission, you can visit their web page at http://www.texassealifecenter.org/.