Saturday, the grieving family of worker Quinnyon Wimberly, whose body is one of two still inside the building, begged for the city to speed up the process. 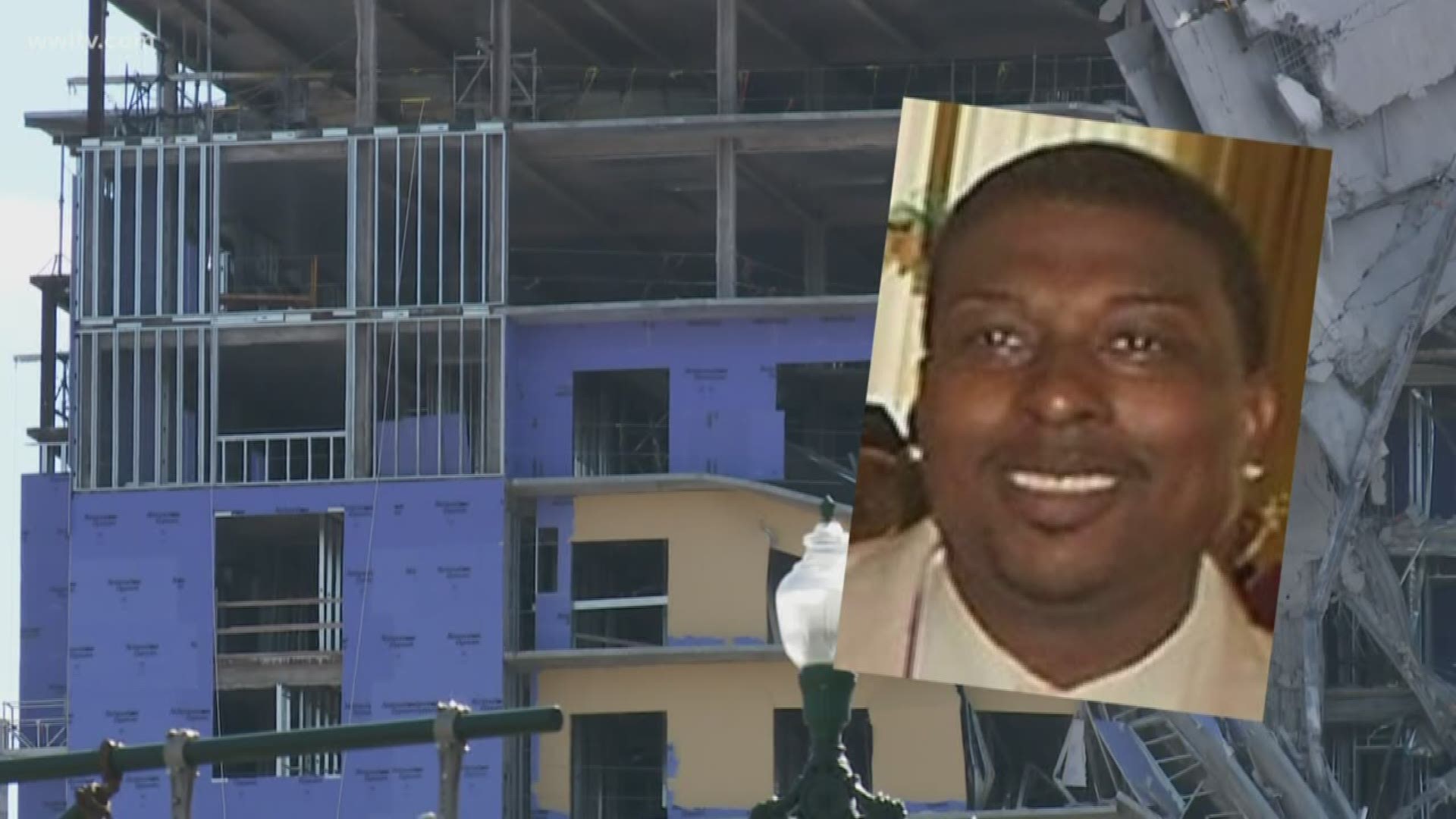 NEW ORLEANS — It’s been nearly two months since the Hard Rock Hotel partially collapsed and the city has not set a date for demolition to begin.

Saturday, the grieving family of worker Quinnyon Wimberly, whose body is one of two still inside the building, begged for the city to speed up the process.

"In New Orleans, there's two bodies in a building, that have been there for two months,” said Reverend Raymond Brown.

Quinnyon Wimberly was a father. He was engaged. And his family, who still lives in New Orleans East, where he grew up, is learning to live without him.

"He was my younger brother, so I looked up to him. because I just looked at a lot of things that he overcame in life. and he just never stopped,” said Quinnyon Wimberly’s brother, Frank Wimberly.

RELATED: Hard Rock will be taken down piece by piece to recover bodies, city says

RELATED: Worker who survived Hard Rock collapse deported despite investigation into his complaints

Many family members believe their grief has gotten lost in a sea of red tape and federal investigations.

This week, the city announced a plan to take down the Hard Rock Hotel piece by piece, rather than implode the building.

But approval on that plan is still pending, the demolition process would be long, and there is still no timetable for the families.

“I hope that the process will speed up and that this, they will give us a date, time, and place when our loved one will be removed,” said Rev. Brown.

► Get breaking news from your neighborhood delivered directly to you by downloading the FREE WWL-TV News app now in the IOS App Store or Google Play.