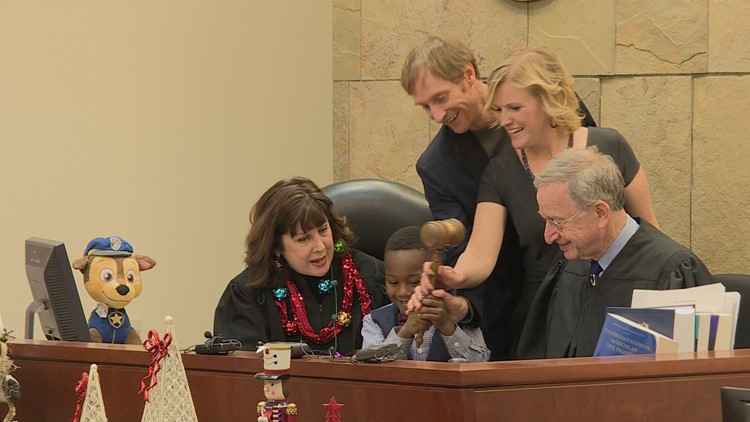 Clinton specifically talked about the work he and his wife Hillary did regarding the issue, especially adoptions out of foster care.

Michael Orlando Clark Jr. invited his entire kindergarten class to attend his adoption hearing Thursday, and his entire class celebrated with him as he joined his new family.

Each of Clark's classmates introduced themselves and told the judge why they were there. The courtroom erupted with applause after Clark and his new parents banged the gavel, making the adoption official.

"Sometimes their journeys have been very long, they've included miracle and change for the children and family and incredible community support as you're able to see today in Michael's adoption hearing," Honorable Judge Patricia Gardner said.