A paw-fect ending: Trixie the tripod has been adopted

After being featured on KVUE's Pet of the Week segment, Trixie now has a forever home. 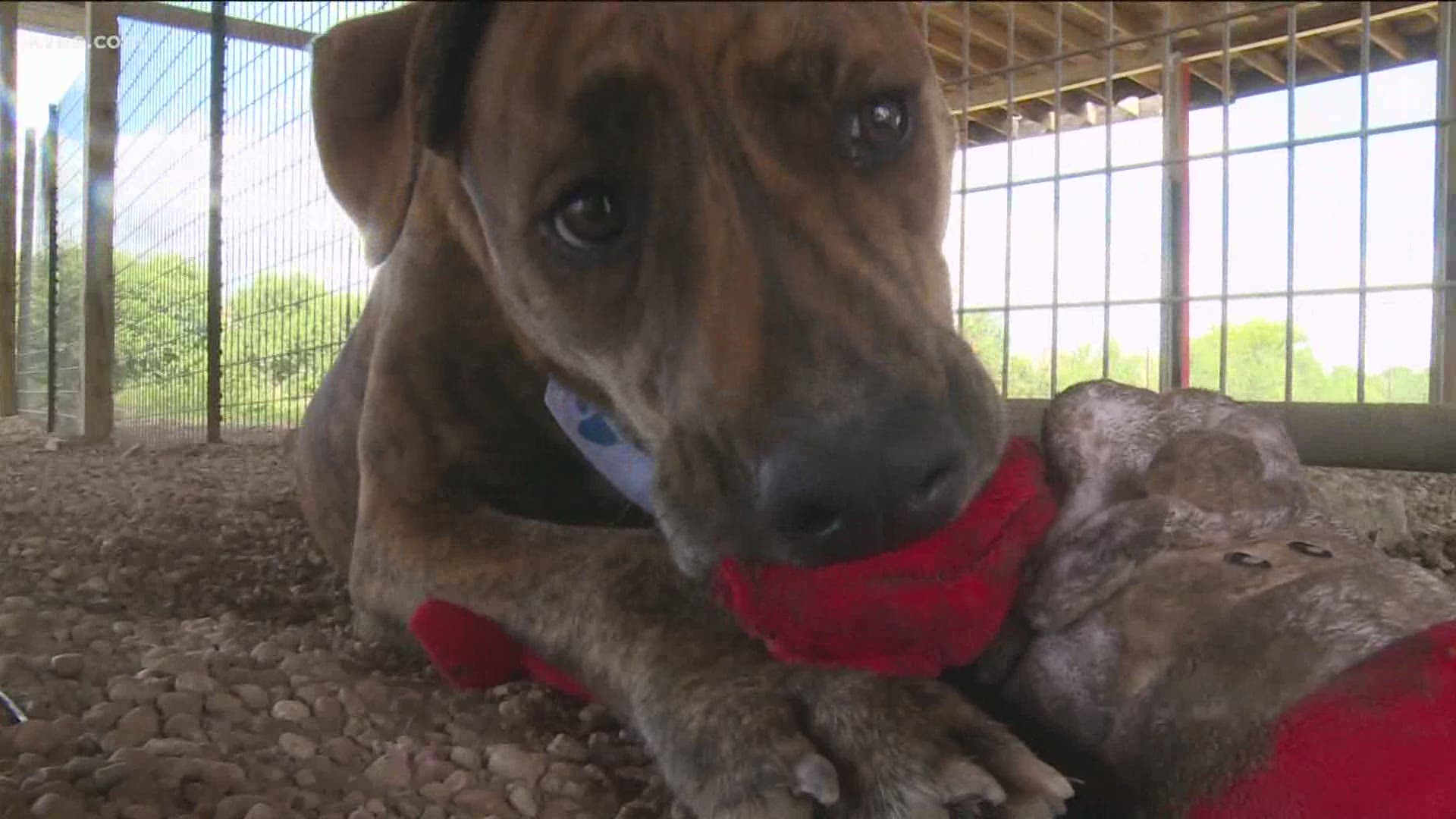 LEANDER, Texas — With all that's going on in the world, sometimes, you just need a little good news – like a sweet pup finding a good home!

Every Friday in KVUE's revamped Pet of the Week segment, Emily Giangreco features a pet in need of adoption at Texas Humane Heroes in Leander.

On July 31, Emily introduced viewers to Trixie, a playful and energetic 1-year-old, three-legged pup with a passion for squeaky toys.

Less than 24 hours later, Trixie has been adopted! Texas Humane Heroes told Emily that after seeing Trixie's story on KVUE, someone sponsored her, meaning they paid for her adoption fee so that whoever adopted her wouldn't have to.

Then a family adopted her, and because they didn't have to pay the adoption fee, they decided to make a donation to the shelter!

Not only was Trixie sponsored after someone saw her story on @KVUE, meaning someone paid her adoption fee, but her story also helped this beautiful family find her and ADOPT her!

The people of Austin are truly amazing. I love working with @TXHumaneHeroes pic.twitter.com/czfCxrMgSm

This isn't the first Pet of the Week success story. The trio of puppies featured on July 24 – Crunch, Crash and Coco – all got adopted within the week – a 100% success rate so far!

Remember to check KVUE.com/pets each week to see the fresh furry faces looking for homes.

WATCH: Pet of the Week: Trixie the tripod