While Chris Rose was away, the wind blew down the American flag outside of his house. A teen walking by with his dog noticed and decided to return it. 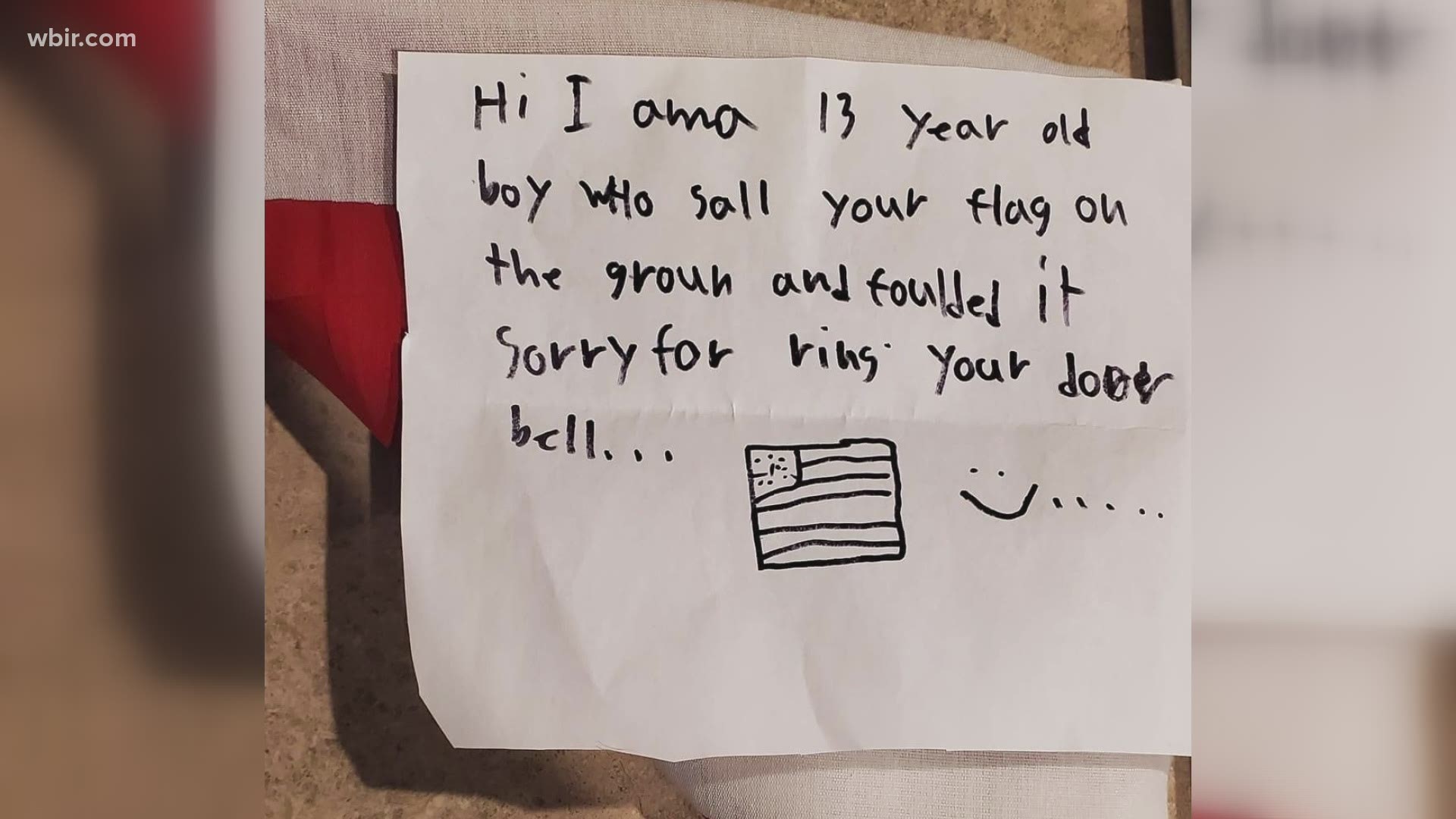 MARYVILLE, Tenn. — Chris Rose returned home to a surprise on his front porch on Tuesday. A folded American flag with a note.

While he was away, strong winds blew down the American flag outside of his house.

A teen walking by with his dog noticed it on the ground, picked it up and folded it into a neat triangle.

Rose's Ring doorbell camera captured video of the boy returning the flag to his front door before continuing down the road with his dog.

Rose said the teen returned a short time later and left a note with the flag.

"I had come home and saw, 'Oh no my flag's fallen down' and then I couldn't see it anywhere. So at that time I looked at my porch and saw that someone had picked it. I was thankful that they had actually picked it up, and then noticed there was a note on it," he said.

He posted a picture of the flag and the note on social media thanking the teen for taking care of his flag.

Rose said he doesn't know the boy, but he is thankful for the kind gesture because it gives him hope for the community and country.

"I just hope he knows that we appreciate the younger generation not just being about iPads and cellphones and things like that. That they actually care about our country also," he said.