The Teske family takes a family photo with Santa every year, and a concussion wasn't going to stop them. 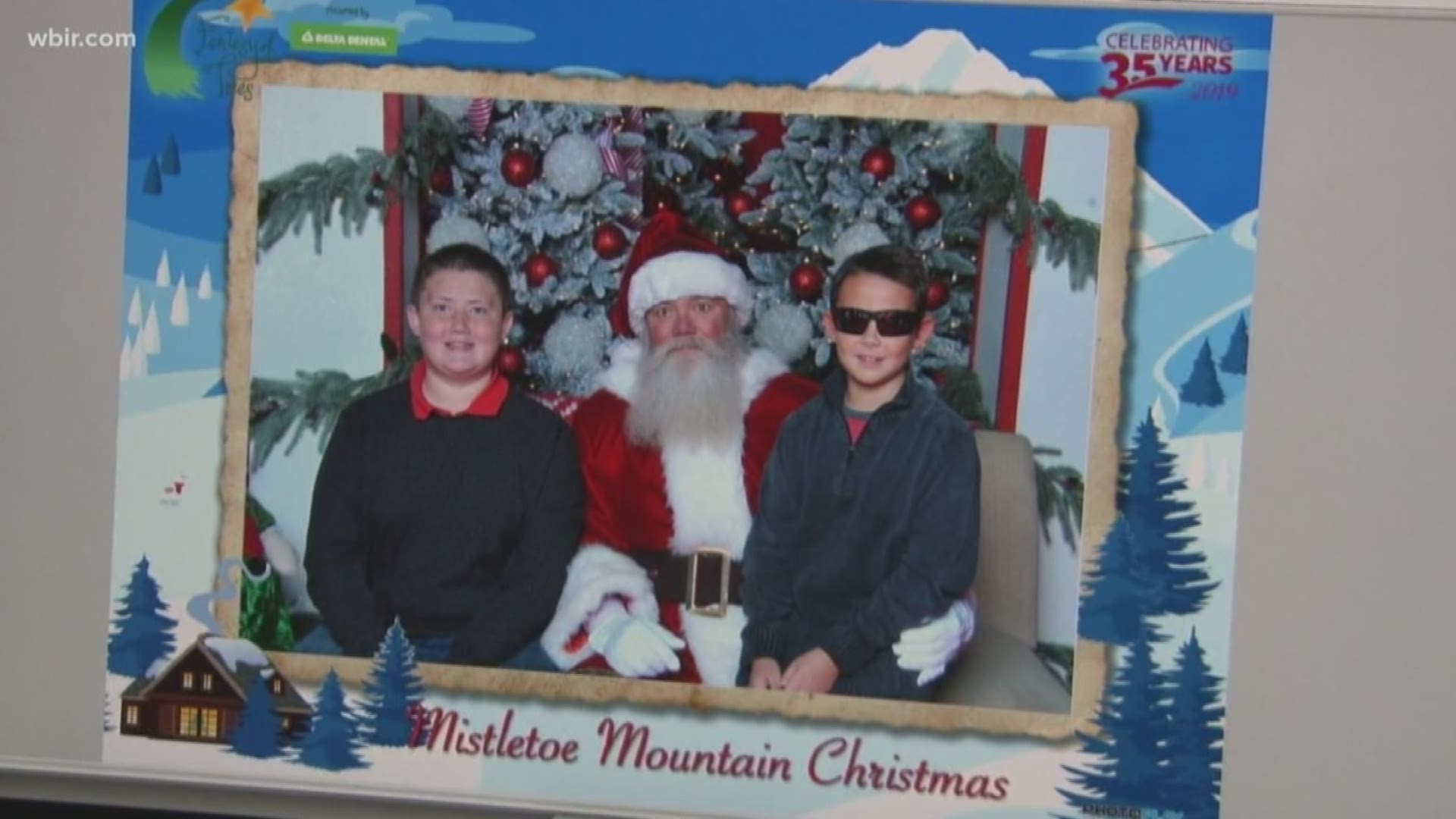 KNOXVILLE, Tenn — Every year the Teske family visits the Fantasy of Trees for a family photo with Santa, but this year was a little different.

8-year-old Michael was playing a flag football game when he was suddenly yanked backward, leaving him with a bad concussion

Michael became really sensitive to light and sound, wearing sunglasses most of the time.

Michael's mom said he was so sad he thought he wasn't going to be able to attend Fantasy of Trees, which meant the family's Elf on the Shelf, Tootles, wouldn't come.

"I went to my bed and cried because I was so sad that Tootles, our elf, I thought he wasn't going to come and I thought that I wouldn't get anything from Santa," Michael said.

Luckily, Michael and Santa were able to unite a little earlier this year right before Fantasy of Trees opened on their last day Sunday.

Of course, Michael got his Christmas wish to Santa, asking him for a new go-kart.