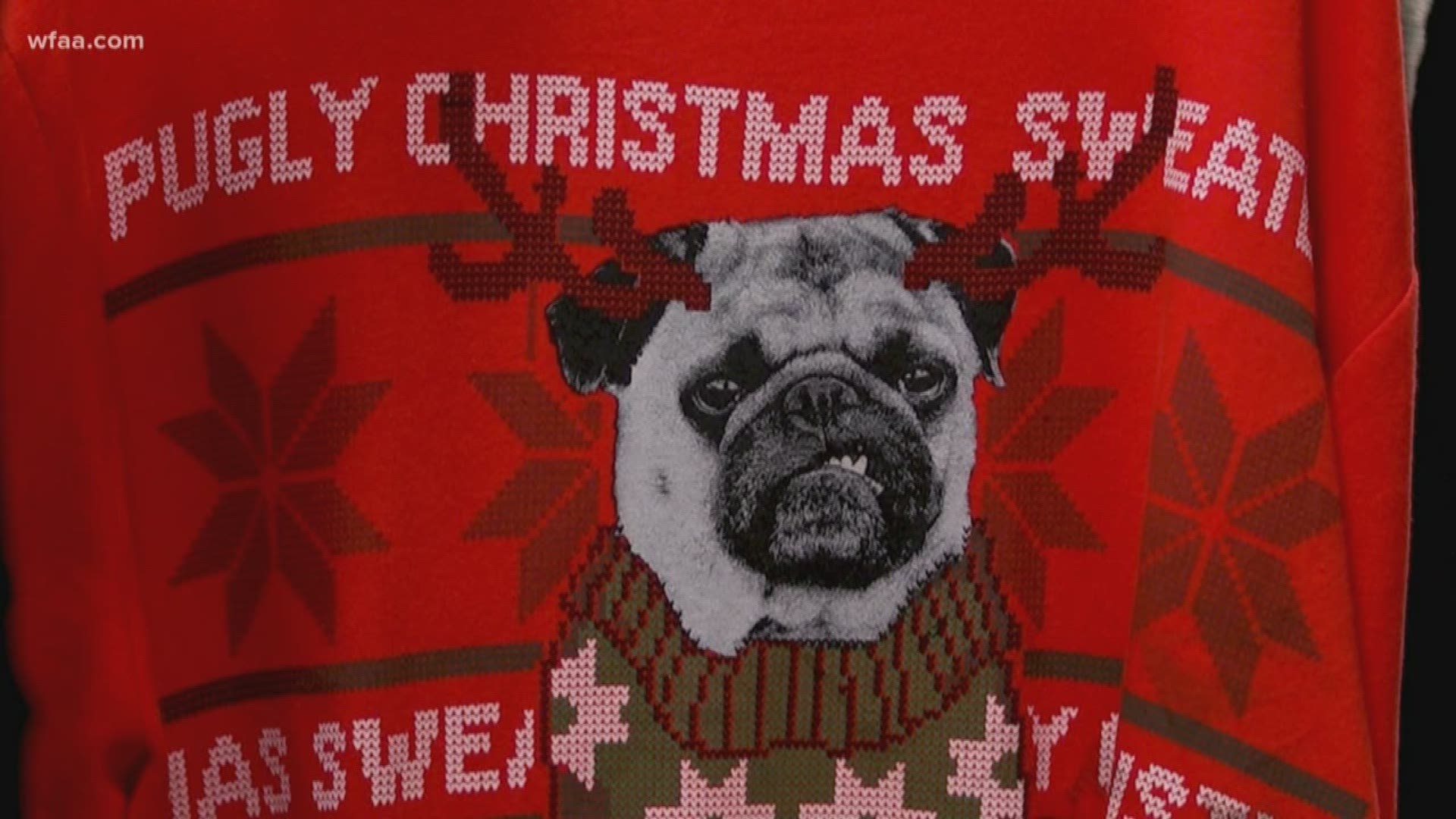 Once thought to be an eyesore at parties and family get-togethers, tacky sweaters are firmly seen as the norm for any holiday event.

What a time to be alive, right?

"Every year I'm scared about it because you invest so much money into your business and it's been a year since you've been open so you just hope people still like ugly sweaters," Turner said with a laugh.

He doesn't actually make the sweaters he sells, he stockpiles lightly worn authentic ones throughout the year.

His first sales were out of a mobile truck, and now he runs his own Ugly Christmas Sweater Shop off of Mockingbird Lane and Abrams Road.

RELATED: Step inside the ugly sweater shop that hired people for their dance moves

"But man people are still here, and they love to get ugly."

Turner's Dallas store is unique. There's also one in Frisco, but the Dallas location is where Turner works.

Christmas music is on full blast, and Turner offers people cookies and hot chocolate when they come in to shop.

He's incredibly friendly, but he won't reveal where he gets all of his sweaters that would make any grandmother from the late 80s jealous.

"Lately I feel like every customer will ask me that question," Turner said.

The answer? It's a trade secret.

"I just tell them the North Pole," Turner said with a laugh. "They just don't knit them like they used to because now they're like mass-produced you know?"

Don't blame him for staying quiet, Turner is sitting on a good gig.

Most of his sweaters start at $20 and get pricier the uglier they are.

Sure, you can get a cheap tacky sweater at a thrift store but will it fit? And do you have that great of a selection?

Plus, you get better compliments when your sweater is authentic.

"I knew I had to do this," Turner said. "I dream about Christmas sweaters now and it's super weird."