“We order a lot through Amazon throughout the year, so this was the least we could do,” Jessica Martinez told KVUE. 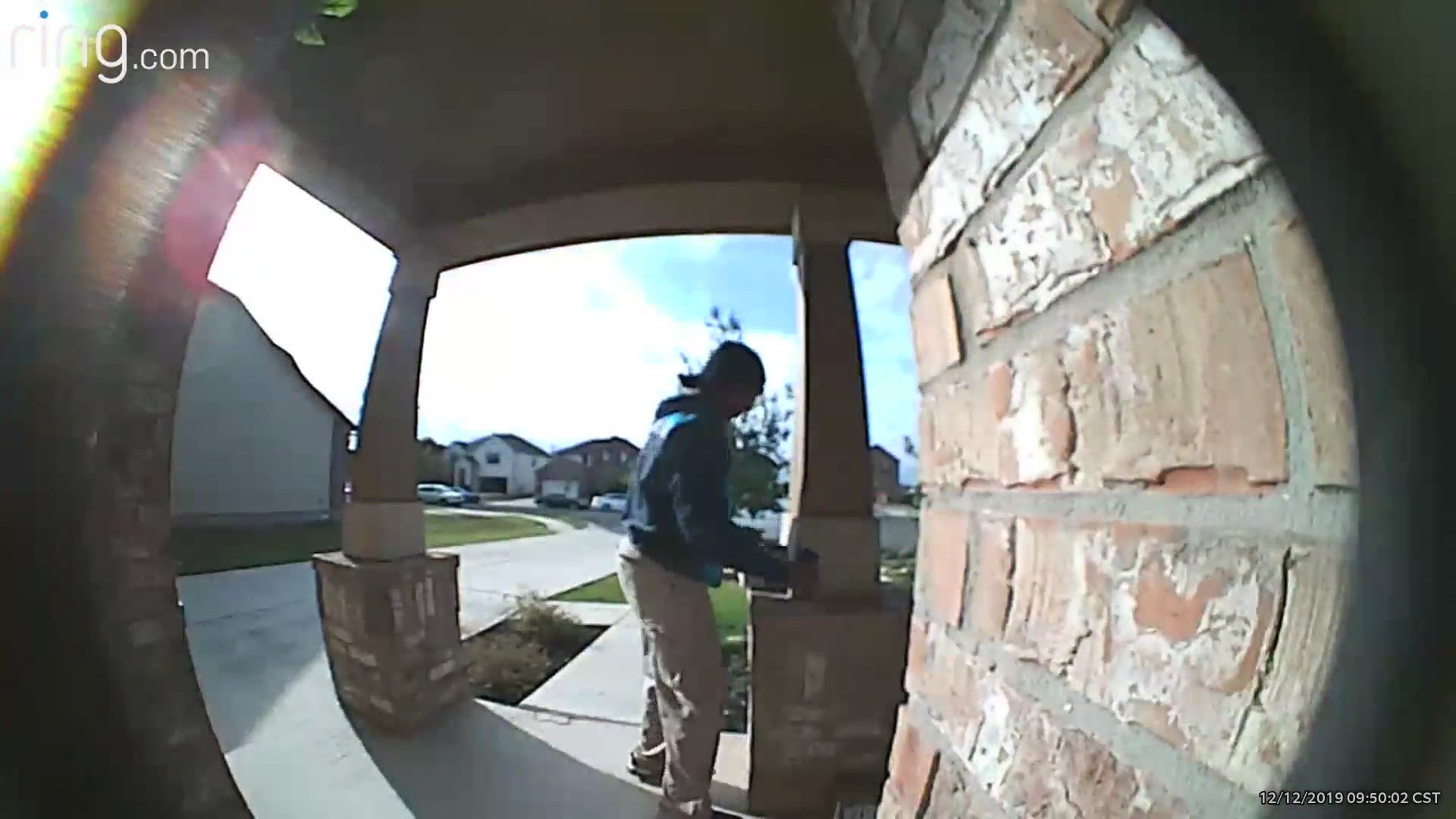 AUSTIN, Texas — A doorbell video captured an Amazon delivery driver in southeast Austin very excited about the box of goodies homeowners Jessica Martinez and Edward Murray put out on Thursday.

The video shows the driver approach the porch to deliver a package, before noticing a box of snacks put out as a thank you to delivery drivers working during the holiday season.

The driver then starts to boogie with excitement, dancing for the camera in appreciation.

Martinez told KVUE her household put out the treats last year too, but the Ring camera is new to them this year.

“We order a lot through Amazon throughout the year, so this was the least we could do,” Martinez said.

Last week, an Amazon driver in Delaware went viral for his celebratory dance upon seeing a box of snacks left for drivers to enjoy.

That footage has now been seen more than 17 million times.

Man buys Olivia Newton-John's iconic 'Grease' jacket for $243,200, then gives it back