Homeowners association tells family their Christmas decorations are out too early

The Simonis family said they decorated their yard early this year because they're expecting on Christmas Day. 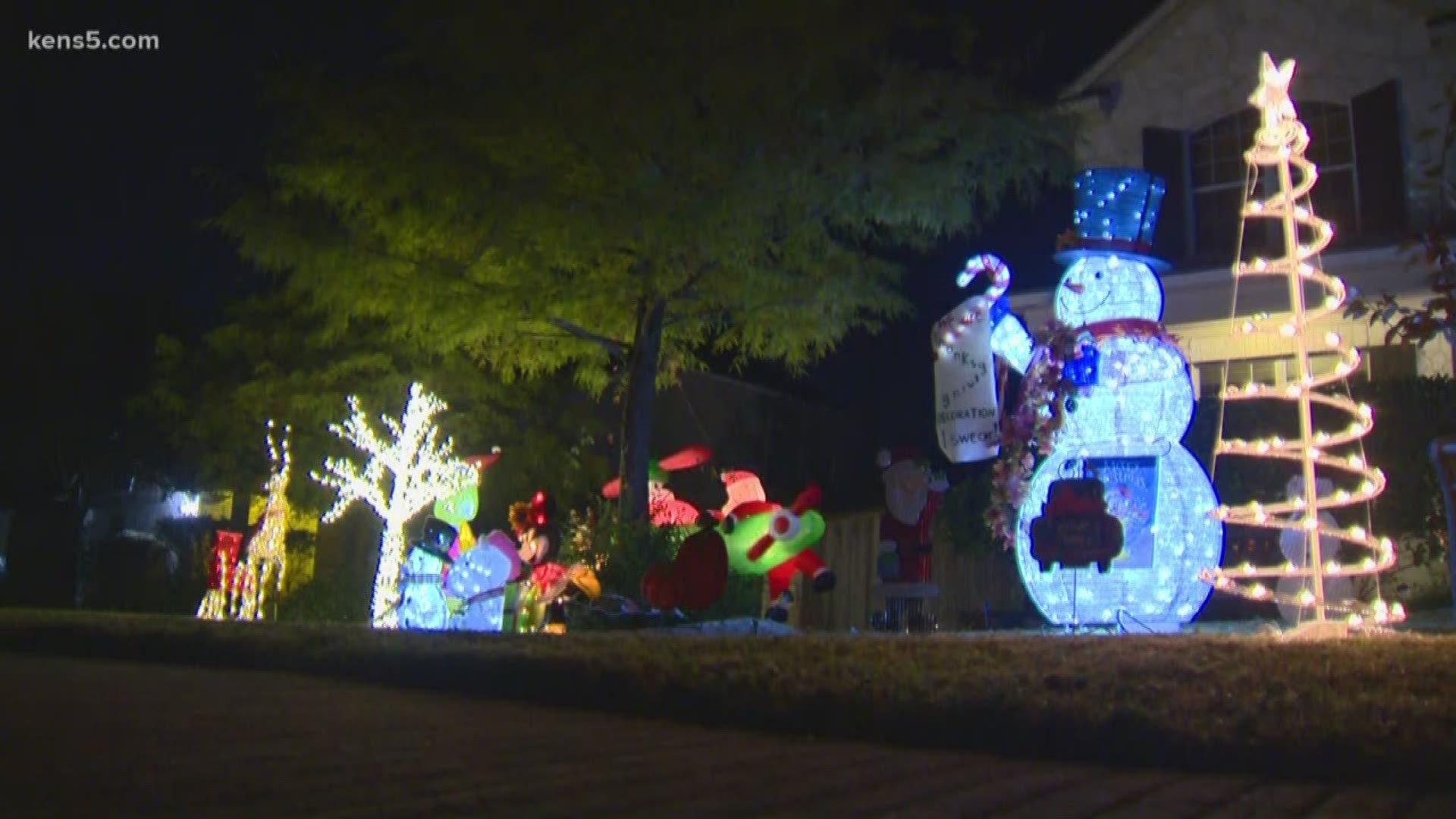 It's a popular question in November, but one north-side family is now caught up in a battle with their homeowners association after putting up a yard full of decorations at their home in Lakeside at Canyon Springs.

The Simonis family said they started decorating their yard at the beginning of the month because they are having a baby, due on Dec. 25. They wanted to have their home ready for their Christmas baby, so they transformed their home into a winter wonderland before Thanksgiving.

“We just love Christmas,” Claudia Simonis said. “Usually we do the lights, but this year we wanted to add a little bit more because of the baby.”

And that they did, decorating their home with a larger-than-life snowman, an inflatable Santa, reindeer and more to get in the spirit.

But their HOA wasn’t having it. And so begins the story of when the Grinch tried to steal Christmas from the Simonis family.

Or at least steal Frosty the Snowman.

“The letter said, 'You have to remove the snowman until it’s closer to the season,'" Nicholaas Simonis said.

Nicholaas and Claudia said they received the letter Nov. 4 telling them they have to remove the decorations or face a fine.

“I think that someone from the homeowners association, or it could be a neighbor just drove by and saw it and felt like, ‘These people are crazy, it’s Nov. 1 and they already have their Christmas decorations up,’” Claudia said.

Nicholaas said the HOA rules indicate when homeowners are required to take down their holiday decorations, but they are not specific as to when families can put them up.

The Simonis family said they’re not backing down.

“It wasn’t our intention to make the HOA mad, but now it seems personal,” Nicholaas said. "I don’t think it’s their job to tell us what to do—obviously if the grass isn’t looking good, but there’s other issues in our neighborhood besides Christmas too soon.”

Their neighbors have also stepped in to support them.

Charles Minton lives next door and put up a giant abominable snowman character in his yard.

“When you say, 'Take your decorations down and put them up closer to the holiday,' what defines closer?” Minton asked.

Because in his neighborhood, ‘tis the season.

“Let's get into the season, because that's what it's all about. Be neighborly. Have fun and enjoy the season,” Minton added.

The Simonis family said they’re not taking down the decorations, and instead added a flavor of fall with leaves, pumpkins and signs stating: “We are Thanksgiving decorations, I swear.”

“Our intentions were not to get attention. We just did it for us, not for anybody else,” Nicholaas said.

“We’re not taking the decorations down right?” Nicholaas asked his wife.

“Not until July,” replied Claudia.

KENS 5 reached out to the homeowners association, but has not received a response.