Pancho Claus and his low-rider friends have distributed toys in Houston's East End for 40 years and he wasn't going to let a tough 2020 stop him this year. 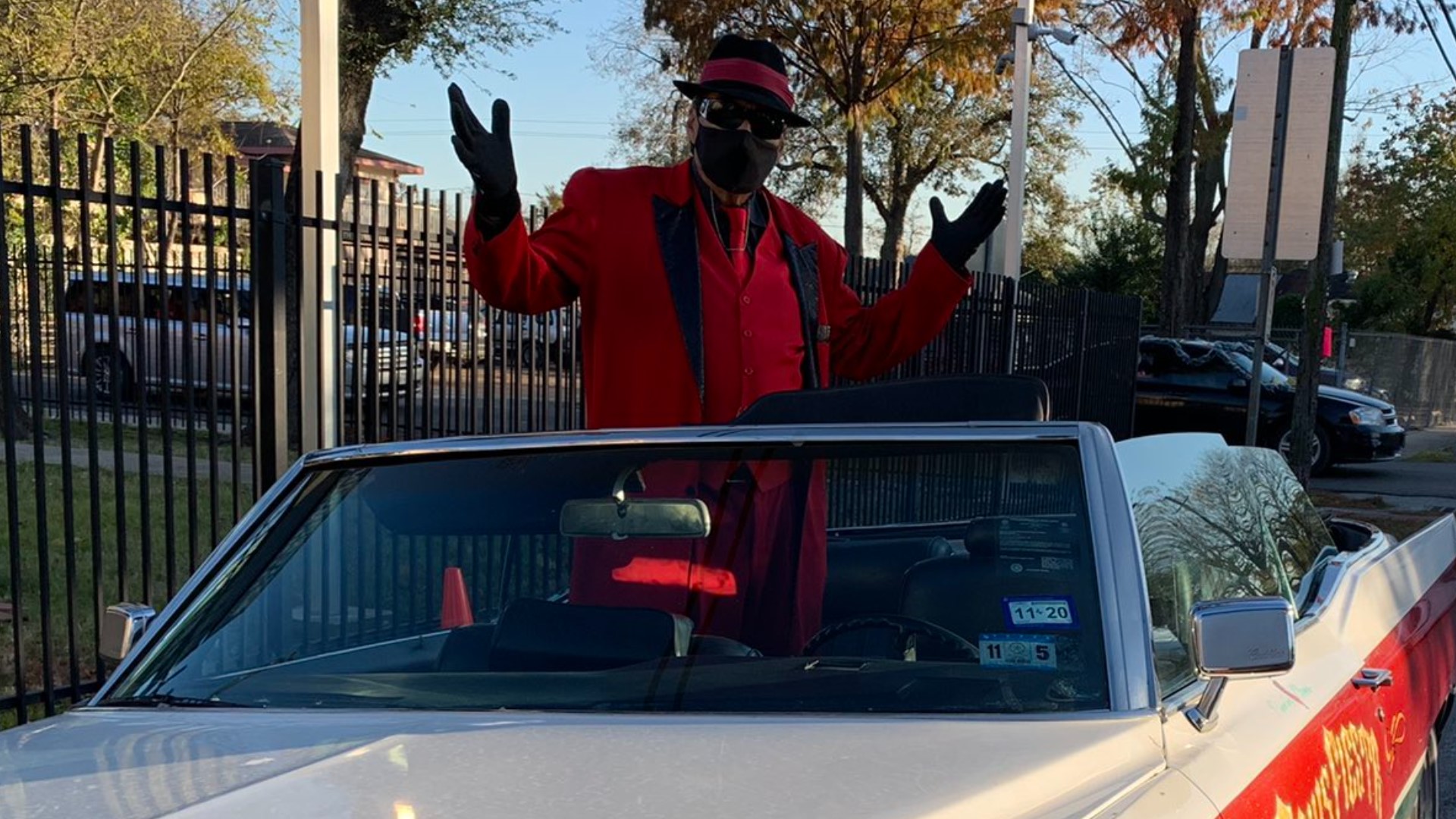 HOUSTON — The COVID-19 pandemic impacted a Houston holiday tradition this year but Pancho Claus didn’t let it stop him from cruising through the East End. He and his toy-filled low-riders still delivered lots of Christmas cheer.

“Pancho Claus has a list and he checks it twice," said Richard "Pancho Claus" Reyes. "But we give to everybody whether they’re naughty or nice.”

RELATED: Holiday spirit is still alive in Houston, even though season is plagued by pandemic

It’s been 40 years since Reyes created Pancho Claus. It's a role he’s played during the holidays ever since much to the delight of generations of families.

"We're so so grateful," Darlene Contreras said. "We’ve gone through some hard times and also a loss in the family recently. So he’s done an amazing job.”

“This is our 40th year and I’m going to be 70.” It’s not #Christmas in Houston until Pancho Claus and his low rider elves spread gifts and good cheer through the East End.. Where it may be needed more than ever. How the pandemic impacted the tradition: @KHOU at 5 + 6 #khou11 🎅🏽 pic.twitter.com/nHAi306GDY

Reyes said this year has been especially tough for many families that are more worried about rent, food and other necessities rather than toys.

"Yes, absolutely," another community member said. "Lots of people have lost their jobs and people don’t have money for gifts for their kids.”

Even Reyes and his group had to rely more heavily on community fundraising, including a GoFundMe page because there were no corporate sponsors for the first time ever.

"It means a great deal that the community is able to put smiles on these faces because Pancho Claus is just a symbol,” Reyes said.

It's a symbol that represents a uniquely Houston tradition year after year.