'They pick up what we put down': The hidden cost that Texas firefighters heading to California must pay

Another group of San Antonio and Austin-area firefighters headed west Tuesday morning, en route to fire-ravaged California and away from their families. 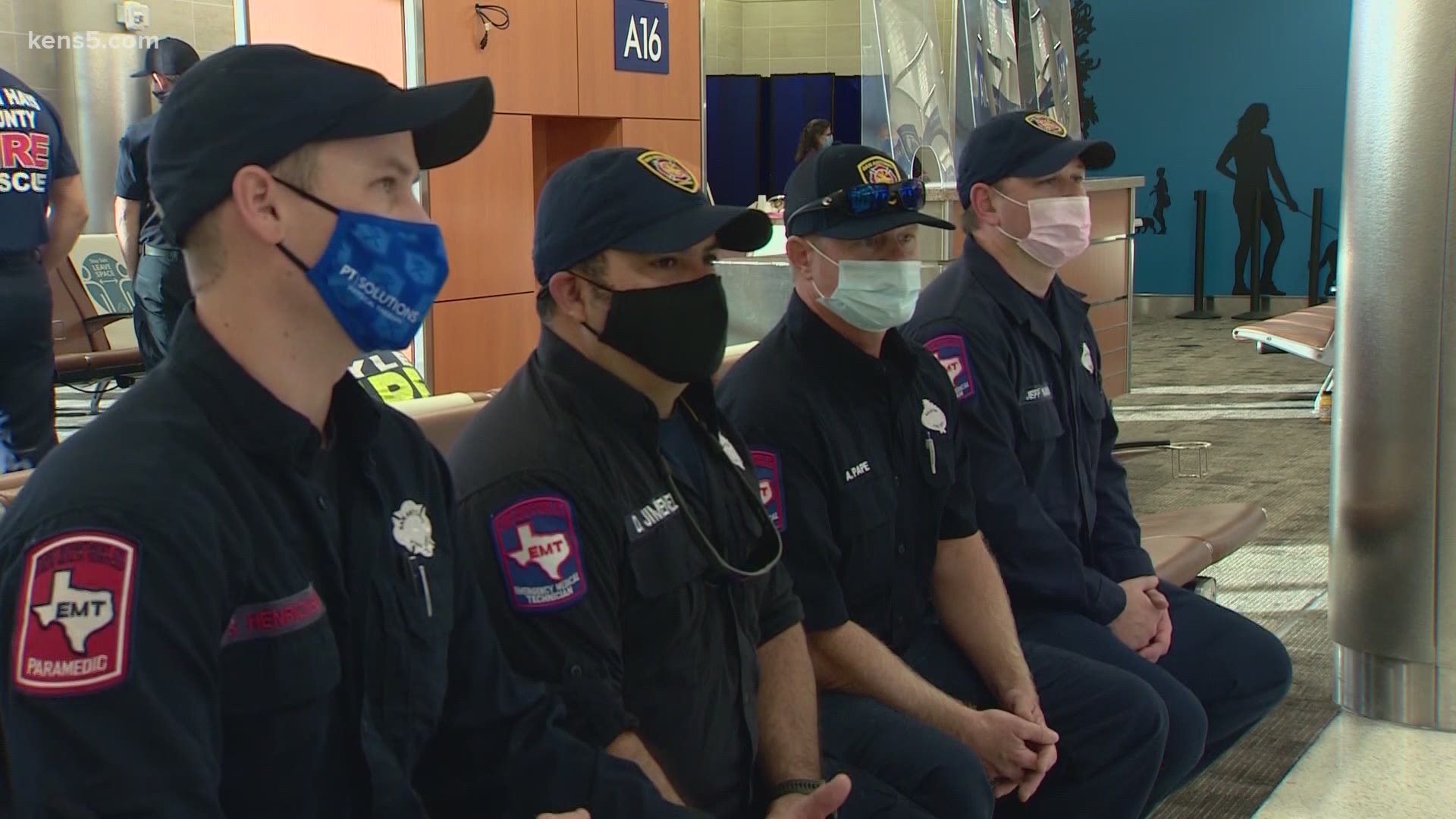 SAN ANTONIO — Around 50 firefighters from the Austin and San Antonio areas took the sky Tuesday morning as part of the latest Lone Star State contingent deployted to help battle wildfires in California.

"There's two planes. One is running north from Dallas to Amarillo, (and) there's one running from Houston to San Antonio," Randy Denzer said.

Denzer is a battalion chief at the Austin Fire Department. He said the call for duty is a part of the Gov. Greg Abbott's Texas Intrastate Fire Mutual Aid System (TIFMAS).

Announced on Sept. 11, the effort provides much-needed manpower to help fight back against uncontained wildfires in California.

"We're going to help our brothers out in California. They need it," Denzer said. "They need to go home and see their family. They've been out there for a while.

Boerne is sending firefighters Chad Leeper and Will  Stripling.

"We are fortunate to be in a position to help," Fire Chief Ray Hacker said.

According to SAFD, six of its members are already in California. Four newly deployed firefighters will allow four of those six to come home, while the other two will remain on the frontlines against the flames.

"They are going to be on a hand crew or a structure protection or to go into the wilderness to extinguish the fire," Joe Arrington said.

Stuart Henrickson, Daniel Jimenez, Aaron Pape and Jeff Mayer are making the trip representing SAFD's Engine 53. The Wildland Response squad is sky-bound to a fiery situation in which they specialize.

"It's pretty cool to see the government and private sector come in...come together collectively to meet an objective," Henrickson said.

Their training, however, does not account for the unseen cost each must make: Time away from their families.

"I have a wife and two kids," Jimenez said. "So, it's a lot of onus on the wife to pick up that responsibility."

He said she describes his departure as suddenly becoming a single parent. It will be Jimenez's second trip to help in California.

According to Pape, his wife and boys will start to miss him soon after he's gone. The mission, which will last anywhere from 14 to 21 days, means he'll miss two sentimental moments in his family's lives.

"I will be missing a birthday for my youngest son," Pape said. "Then an anniversary toward the end of this thing."

Mayer is making his first trip. He is the father of a newborn.

"I have a wife and a 4-month-old daughter at home," Mayer said. "I'm just glad that my wife is able to stay there with our daughter and take care of her while we're gone."

The firefighters said their families understand the call of duty. But it does not douse the emotions of the days of separation.

"It's our wives, our families," Henrickson said. "They pick up what we put down and, you know, they keep running."