The Path to Citizenship: The cost of an American dream

In part 2 of our Path to Citizenship series, newlyweds and new parents, Cristian and Victoria Garcia work together through the highs and lows of gaining citizenship. 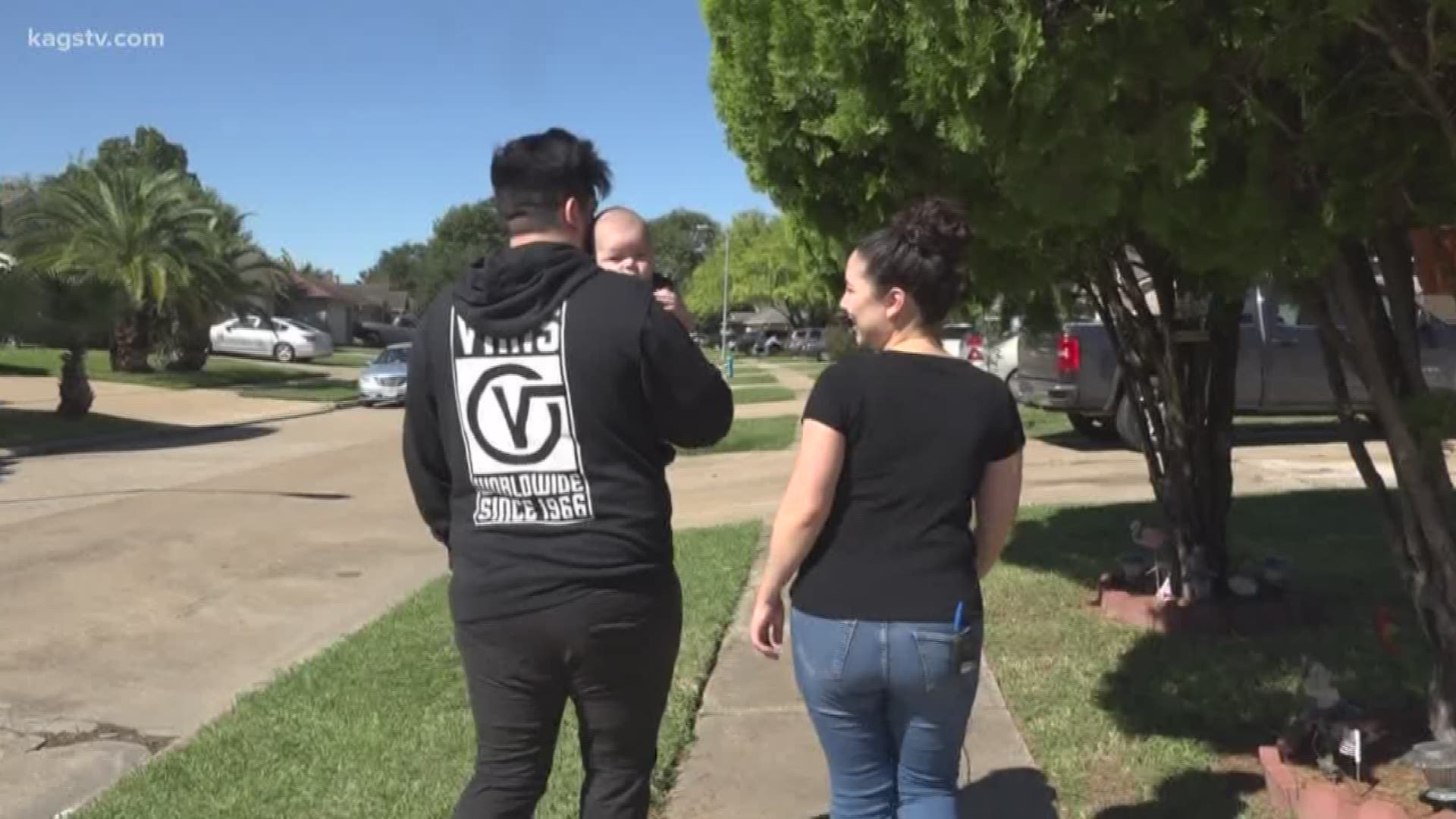 COLLEGE STATION, Texas — Cristian Saldaña was born in Monterrey, Mexico and lived there for most of his life before meeting Victoria, a U.S. citizen living in the states. Now, as newlyweds and new parents, their journey is already a tough one to take on.

They've chosen to add pursuing Cristian's citizenship and that means spending years and thousands of dollars on more than just the American dream.

“You gotta come to the country first and then get married and then pay the fees and then you have to do the medical exams," Victoria said. "They [exams] expire, so if they don’t reply in time, then the medical exam expires and you have to pay hundreds more dollars to do it again and send if off again and see if it all works. If it does, then they send you your work visa and your social. "It’s a permit to work as well so you start paying taxes to work legally.”

The residence process alone has all taken about a year and a half.

“Once you get your residence card, you still gotta be a resident at least for three years and then you can apply for citizenship,” Victoria said. "It’s a lot like the forms. If you mess up even one of the things, you have to start all over. It’s better to hire somebody that knows what they’re doing.”

With lawyers and various fees involved in the naturalization process, there’s plenty of time and money left to go for the couple. They estimate they'll be spending about $3,000 more.

However, to the Garcias, citizenship means more than expanded opportunities stateside. For Cristian, it’s an unhindered way to see his family.

“Every time we cross the border and go visit Mexico, like, everything’s so hard since I'm a resident," Cristian said. "Sometimes they still put you in a little room and ask questions like, 'what are you doing there?' and 'what are you doing here?' 'how long did you stay in Mexico?' 'who did you visit?' They want addresses. It’s crazy.”

“Even in the airport when we’ve flown," Victoria added, "they took him like because I’m a citizen, I have a U.S. passport and he has a Mexico passport when we were coming back. They took him off to a little room and there’s no way we can communicate so he could be there for hours and I’m just there waiting for him. That’s mainly the reason why we’re doing this. It’s such a hassle trying to come back into the country every time we leave.”

But, whatever the reason for embarking on the journey to U.S. citizenship, the couple wants others to know the path to citizenship is anything but easy. “It’s hard either way. We know people that have waited 20 years to get their residency,” Victoria said.

Cristian keeps a positive look on the future. “Hopefully, once we get the citizenship, everything is easier,” he said.

THE PATH TO CITIZENSHIP PART 1: Think gaining U.S. citizenship is easy? It takes a lot more than one might think