“I made this dress out of duct tape."

A local student is representing Texas as a national finalist in the Stuck at Prom Scholarship Contest. 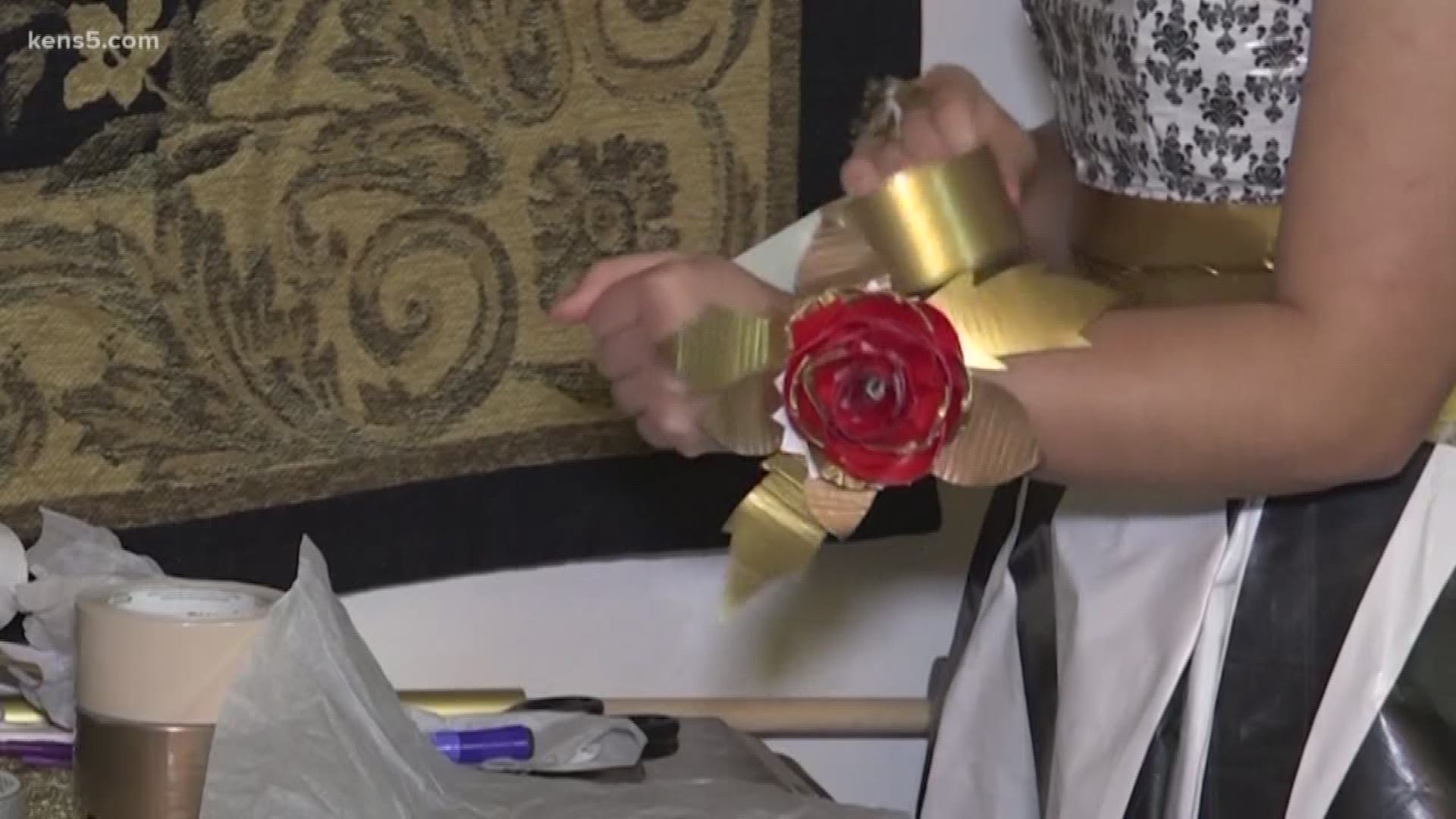 She’s the only Texas finalist left in the national Stuck at Prom scholarship contest, and, if she wins, she’ll be crowned with a $10,000 prize.

“Now, I hope that people can vote for my dress, so I can get a scholarship,” De La Torre said.

This prom queen discovered her tape-wielding talents shortly after graduating from the John Jay Science and Engineering Academy, but despite her potential for a promising art career, she plans to stick to her original academic plans.

“I’ll be going to the University of Texas at San Antonio right close by, and I’ll be majoring in ma," she said. "If I win this scholarship, it’ll pay for the half the tuition I have left."

Visit www.duckbrand.com/stuck-at-prom/vote to cast your votes for “Nina D." Voters can submit one vote per day until June 28. De La Torre is relying on her fellow Texans to push her over the top; as of Friday, she's ranked among the top three finalists.