The law bans abortions once a fetal heartbeat is detected, which for some, could be as early as six weeks. 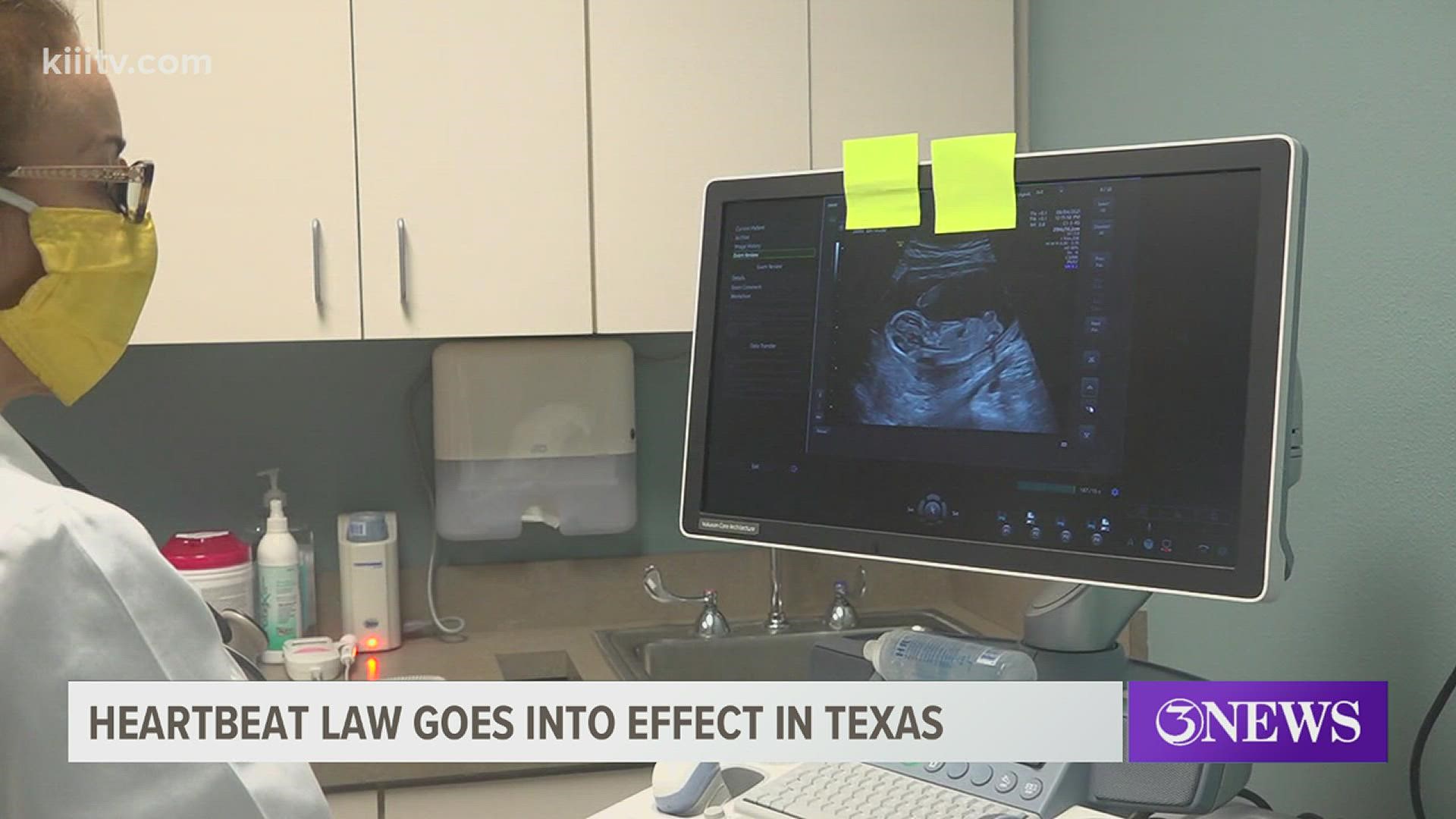 CORPUS CHRISTI, Texas — September 1 marked the first day Texas Governor Greg Abbott's fetal Heartbeat Law goes into effect statewide. The law bans abortions once a fetal heartbeat is detected, which for some, could be as early as six weeks.

"If there is a heartbeat, it is unlawful for them to get an abortion starting today," Jana Pinson, Executive Director of the Pregnancy Center of the Coastal Bend said.

The center specializes in counseling and educating expecting mothers while giving them the resources they need from the moment of their first sonogram.

According to Pinson, these new restrictions will force women to have to decide more quickly.

"Now that part has basically been removed, and so now when we counsel them, it’s all up to the sonogram and what the sonogram shows -- is there a heartbeat?" Pinson said. Five weeks, five days is when you can see the heartbeat on a sonogram."

Pinson said there hasn’t been an abortion clinic in Nueces County since 2014. According to abortion providers, the fetal heartbeat law would restrict 85% of abortion procedures in Texas.

"They will give you an ultrasound in San Antonio but by coming to the Pregnancy Center, we will be able to tell them before they make that drive, invest that money," said Pinson. "They can come get an ultrasound and see where they are."

Pinson said her staff is committed to the mother’s best interest and what is right for her no matter what choice she makes.

"We love them no matter what they choose," she said. "We are 100% there for them. It's about that mama, what she is going through at that time."

The Pregnancy Center of the Coastal Bend has five different locations, and they offer resources for both mothers and fathers.