A year after drama erupted at the Standley Lake eagle's nest, F420 is a mom. 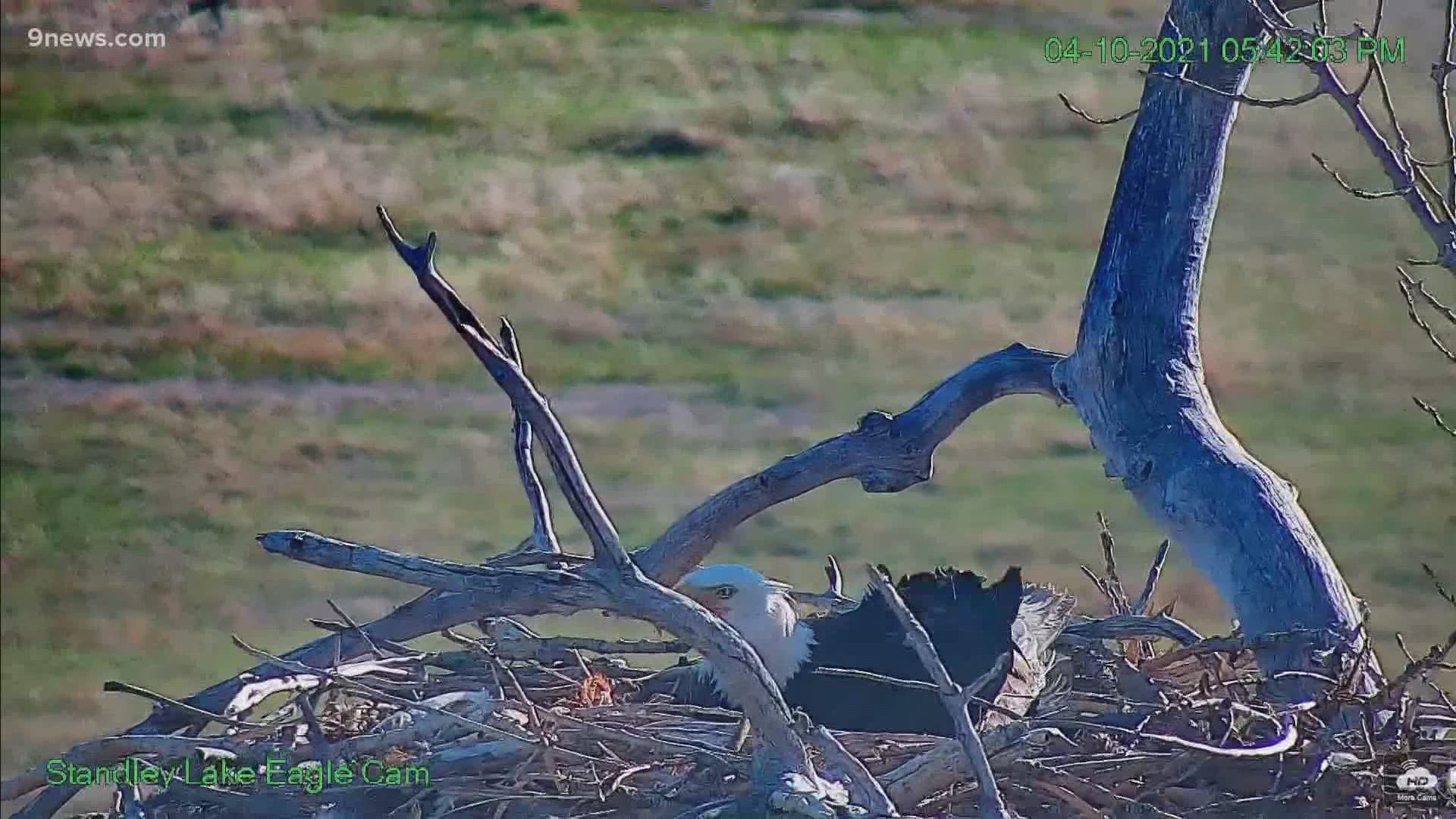 WESTMINSTER, Colo. — One year after the disappearance of the OG mother at the Standley Lake eagle's nest, there's a new mama in town ... and it's the woman who stole the former's man.

The female bald eagle known as F420 is now the mother of an eaglet, according to the incredible Standley Lake Regional Park Facebook page. This caps off a year of drama that began with an attack, a desperate bid for affection, and a love story that against all odds, captured headlines and perhaps begrudgingly, our hearts.

It appeared that two eaglets were born as of Thursday afternoon. On Saturday, park officials revised that down to one eaglet (which they're calling SL1) and said it's unlikely the second egg will hatch.

"It looks like SL1 will be living the life of a spoiled only child, after all," the park officials said on Facebook.

RELATED: Standley Lake eagle couple caps year of drama with an egg in the nest

> Video below: We get our first glimpse at the royal babies.

It's a new chapter in a tale that began on April 6, 2020. While the human population stayed indoors and obsessed over "Tiger King," a similar caliber of trashy drama was happening at a once peaceful nest closer to home.

This was the date F420 first entered our lives, though at the time she was known as simply "the floater."

The Standley Lake community's original mother had a nest full of eggs, a loving partner in the form of the father and a bright future ahead of her. Then, F420 shattered it all when she attacked the nest one night.

Mother hasn't been seen since, and her eggs were no longer viable. It is believed that she nursed her wounds and moved on.

Meanwhile, F420 swooped in and began to woo the father. They bonded over nest-building during the ensuing weeks, finding sticks, roosting side-by-side, and some occasional copulation.

During the early weeks of this hot and heavy new relationship, wildlife officials warned the father was a bachelor and he might be interested in seeing other women, but this year has shown that against all odds, F420 managed to lock her wild eagle down and make the romance last.

RELATED: The drama at the Standley Lake eagle's nest is as crazy as anything you'll see on Netflix

RELATED: We had all the questions about the Standley Lake eagle drama, and the answers don't disappoint

What's next for this eagle family?

According to the U.S. Fish and Wildlife Service, dad will spend the next few weeks hunting for fish and waterfowl to feed the baby and his baby mama. F420, meanwhile, will be a stay-at-home eagle and do most of the feeding and brooding.

For the most part, F420 will only leave the nest to stretch, poop, preen and hunt on her own, and dad will pick up the slack when that happens.

By around nine weeks, the eaglet will almost be an eagle, and its first flight will occur shortly thereafter. From there, the young bird will learn to forage and most importantly, become independent, because the U.S. Fish and Wildlife service says between 17 to 23 weeks of age, "the bond between adults and their young fades and the adults will no longer tolerate harassment from their offspring."

As for mom and dad? The National Audobon Society says eagles usually mate for life, and often return to the same nest year after year ... unless a female interloper decides to interfere.

This is good news, since the Standley Lake eagles nest has its own live stream. You can watch that here.

What's next in store for our eagle family? Stay tuned to as the nest turns.