The problem is even worse for teens with ADHD who report lower quality sleep. 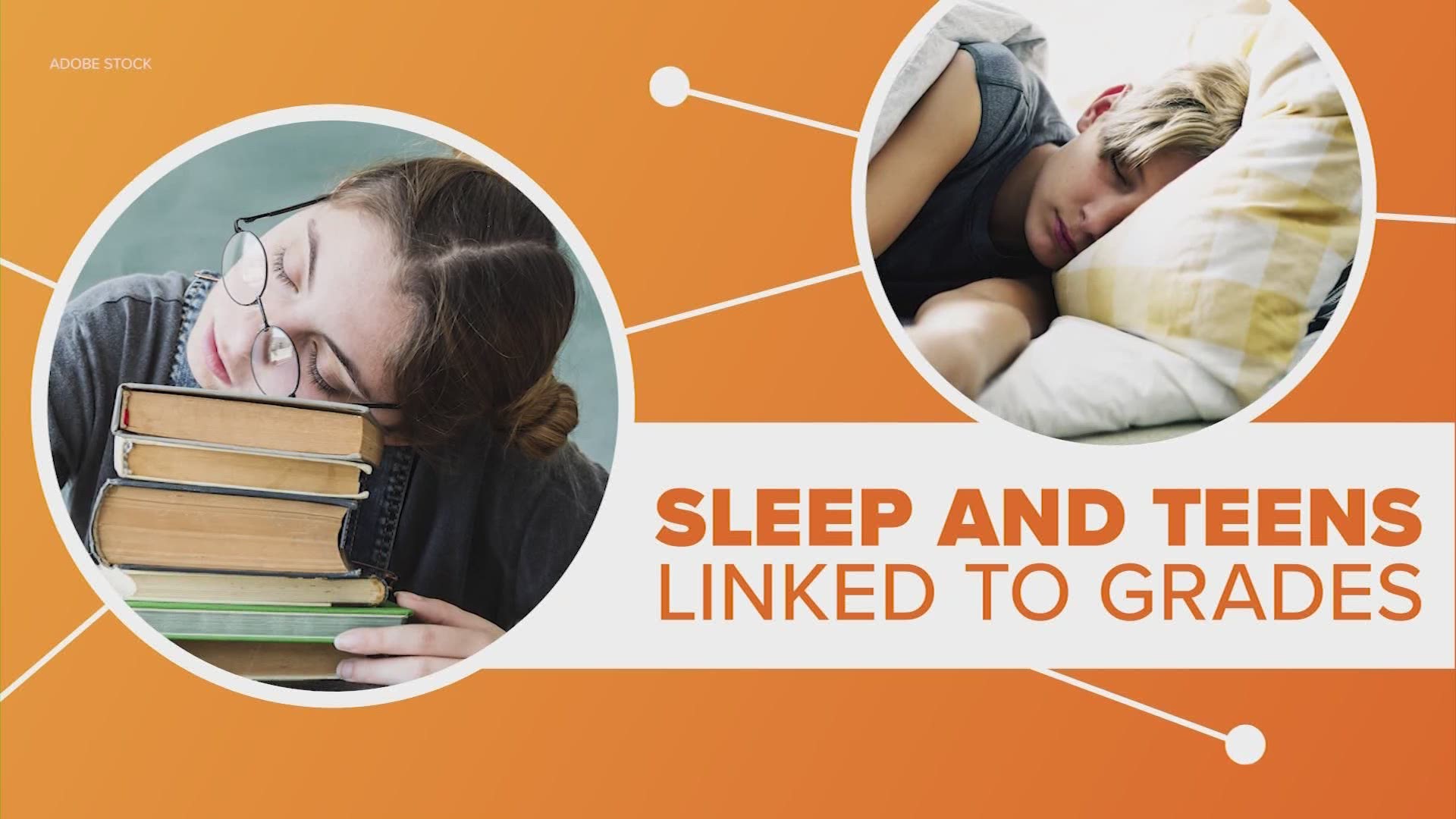 It seems like teens never get enough sleep, but the problem can be even bigger for children with ADHD.

Those who have trouble sleeping have been linked to lower grades.

Research has shown that teenagers should get about nine hours of sleep a night. But thanks to school and social demands, that doesn’t always happen.

The problem is even worse for teens with ADHD who report lower quality sleep than their counterparts. In fact, doctors used to think sleep deprivation could be to blame for ADHD.

Now a researcher at Cincinnati Children’s Hospital has done a sleep study on students -- half with ADHD, half without. Twenty percent of the kids with ADHD got less than seven hours of sleep on school nights. In the other group that number was 10 percent.

That lack of sleep was associated with lower test scores for both groups.

So what can parents and teens do?

Keep beds for sleep only. That helps train the brain to associate going to bed with going to sleep.

Also, keep a strict bedtime routine. That helps all teens but especially kids with ADHD.

The study’s author even suggests teachers should keep an eye out for sleepy kids so they can alert parents there is a problem.