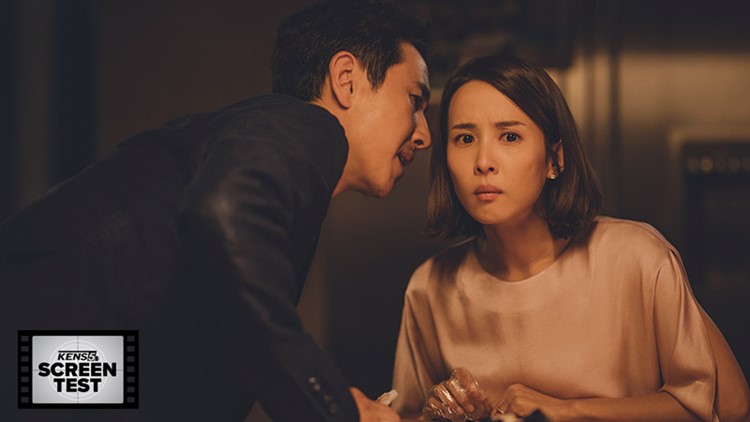 What the historic triumph of 'Parasite' means for right now, and what it could mean for the future

At 92 years old, the Oscars just showed it’s never too late to try some new flavors.

The 12th international film ever nominated for Best Picture, “Parasite” on Sunday night became the first non-English-language movie to break through to victory, capping a remarkable run for one of 2019’s most beloved movies and perhaps signaling an ideological shift for a voting body that has largely leaned conservative in the kinds of stories it values and rewards. What the win most certainly does signal is a response to the pseudo-challenge that “Parasite” director Bong Joon-ho lobbed toward the Academy of Motion Picture Arts and Sciences by referring to the Oscars as a “local” awards show last fall—a historic, and overdue, acknowledgment of the exciting efforts of international cinema.

For a film so self-aware about how metaphorical it is, the new realities of “Parasite’s” legacy suggest a future of American moviegoing that is, at minimum, more encompassing of the stories created beyond its borders.

Time will tell whether “Parasite’s” groundbreaking win – announced by Jane Fonda on the Dolby Theater stage – will usher in a new era for the Oscars and an Academy that’s taken strides in recent years to diversify its membership. An epiphany at 92 years old can indicate a real change for the Oscars and its influence – and, yes, it has an influence – or a flight of fancy. But what still remains to be seen in the long-term doesn’t negate the glee of the immediate aftermath; as has only happened a few times in recent history, the best picture of the year won Best Picture at the Oscars.

Having started a months-long awards campaign by winning the Palme d’Or at Cannes last May, Joon-ho’s devilishly-constructed thriller was never an underdog, never The Little Movie That Could. But a glance at its fellow Best Picture nominees – a fairly homogenous mixture of American-bred tales from mostly-male filmmakers reminiscing on the way things used to be – shows why a “Parasite” Best Picture triumph was never a sure thing, especially after “Roma’s” shocking loss last year. If there’s something you could always count the Academy on doing, it’s awarding the familiar. And the momentum of Joon-ho’s magnificent genre-blending movie about the consequences of socioeconomic ambition had in recent weeks lifted it into, at-best, legitimate co-frontrunner status alongside the technically-audacious “1917,” and perhaps Quentin Tarantino’s “Once Upon a Time…in Hollywood,” as well. Both are movies from filmmakers that had won Oscars before, and both considered the fallout of historical events to varying degrees—as with at least six of the last nine Best Picture winners.

In the case of Sam Mendes’s “1917,” the right pre-Oscars indicators were being checked off. All of them. “1917” had won the Producers Guild of America’s top prize; Mendes had won the Director’s Guild of America’s top prize; it had won the Golden Globe’s top drama prize. It was nominated for 10 awards, second only to “Joker’s” 11. In this, an abbreviated Oscars season that saw the ceremony unfold about two weeks earlier than usual, the late release of “1917” was a gamble that was paying off.

And while a big night for “Parasite” was still very much in the cards – it did win top honors from the Screen Actors Guild and Writers Guild of America – there was no denying that “1917” had something undeniable that “Parasite” didn’t: Precedence. Over the last decade, we’ve seen single-take trickery (“Birdman”), war films (“The Hurt Locker”) and predominantly-white stories (take your pick) take home Best Picture. We hadn’t seen something as calculated, prescient and original as “Parasite” be victorious, let alone something as downright entertaining. It’s the biggest forebearer was perhaps the “Moonlight” miracle four years ago…and even last year’s “Green Book” victory seemed to make that a once-in-a-lifetime occurrence.

Then came Sunday night…and the wins. There was noticeable louder applause when “Parasite” was recited by Diane Keaton and Keanu Reeves among the list of nominees for “Best Original Screenplay,” and even louder applause still when it was announced the winner moments later. The Oscar category shared by a screenwriting heavyweight in Quentin Tarantino instead became South Korea’s first-ever Academy Awards win. It wasn’t a massive upset—but it was an early boost that endured a largely American appeal realized in races like Best Documentary, which went to “American Factory,” and Best Animated Feature, which honored Disney’s “Toy Story 4.” That’s to say nothing about this year’s Oscars conversation revolving around a group of nearly all-white acting nominees.

Then came another “Parasite” win.

And, finally…another. “Parasite,” nominated for six Oscars, went home with four – the most of any movie – adding Best International Feature, Best Director and Best Picture to its haul, resulting in seemingly-louder applause each time Joon-ho returned to the stage, the audience keenly aware of the momentum it was maintained over the course of the night. Could the Oscars be going where we thought it was going? “Parasite” may never have been an underdog, but it did have to contend with 92 years of history.

It’s a beautiful bit of irony – worthy of the movies and, sure, the Oscars themselves – that an evening largely devoid of shocks or surprises in most of the categories could end up feeling like such a game-changer. Laura Dern, Brad Pitt, Renee Zellweger and Joaquin Phoenix took home Oscars they were always going to win; the triumph of “Parasite” – the first movie to win Best Picture without an acting nomination since “Slumdog Millionaire” in 2009 – was anything but inevitable, and it exuberantly suggests an Academy at the forefront of innovative and of-the-moment cinema, and not an Academy romanticized by the past. Make no mistake: It’s a vital thing that “Parasite” took home more awards than Martin Scorsese’s “The Irishman” or “Once Upon a Time…in Hollywood” combined.

RELATED: 'Parasite' made history. Then the Oscars tried to cut their speech off.

The success of “1917,” meanwhile, was relegated to craft categories, winning for Visual Effects, Sound Mixing and Cinematography, earning Roger Deakins his second Oscar in three years.

Perhaps a breakthrough like this was coming. “Parasite” isn’t the first international movie to win four Oscars, but the third, after Ang Lee’s “Crouching Tiger, Hidden Dragon” and Ingmar Bergman’s “Fanny and Alexander.” Nor is it the first Best Picture victor in a particularly long while to feature someone other than a white man in the lead role(s); look at “Moonlight” and “The Shape of Water” over the last few years. The Academy has tended towards films with saccharine, unambiguous endings for its Best Picture honorees—but “Birdman” and “Moonlight” don’t necessarily feature such climaxes. And the 2010s where the second straight decade to have a trio of international Best Picture contenders; there were a total of six in the 20th century, spanning 60 years.

Still, for a South Korean film that is devastatingly honest in its examinations of global class structures, that exhibits layers of ingenuity within the folds of its incredibly entertaining craft, and which doesn’t feature the likes of Leonardo DiCaprio, Robert DeNiro, Matt Damon or a joker to win Best Picture? It’s a fascinating development, and – if you also like the movie – a fantastic one, for both Joon-ho’s film and for a future that recognizes more than the same stories, characters and cinematic techniques we’ve seen time and time again. Just like Joon-ho’s movie, it’s an exciting, thrilling and limitless future to think about.

If you haven't already, subscribe to our KENS 5 YouTube channel and check out "Screen Test," a brand new series dedicated to everything on the big screen.

RELATED: 'Once Upon a Time...in Hollywood' Review: Tarantino contemplates and embraces his version of an era