'Retail To Go' how has that been working over the last few days?

Local businesses will continue offering curbside pick up until they're able to re-open and allow customers to shop for themselves later this week. 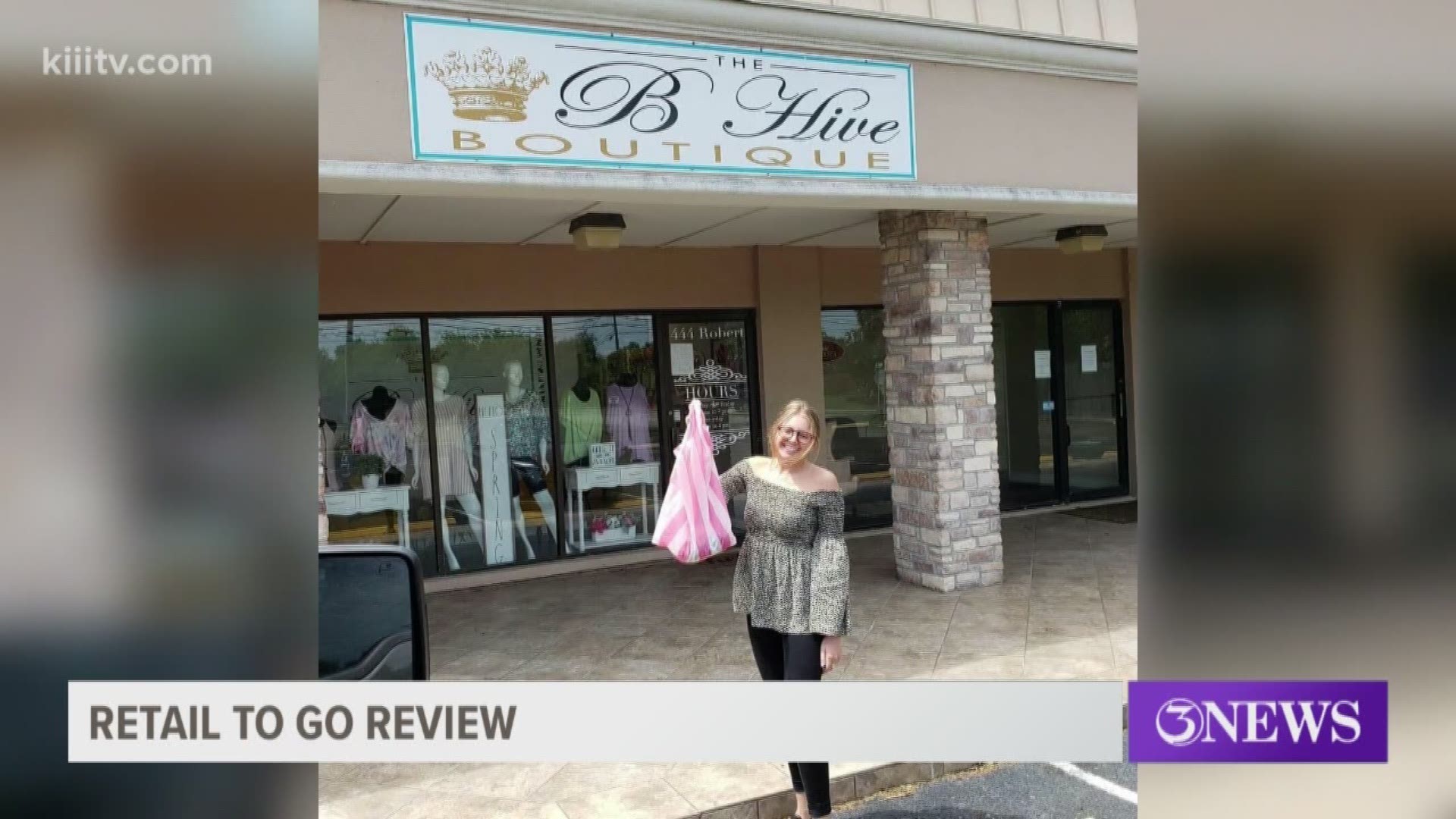 CORPUS CHRISTI, Texas — You may remember last week when Governor Abbott announced that stores would be allowed to start what's called "retail-to-go" operations allowing for purchased products to be picked up curbside. So how has that worked over the last few days locally?

Many businesses were able to re-open and take orders for the new retail to-go service over the weekend. For some like Brooke Hensel, owner of The B Hive Boutique in Corpus Christi, it helped.

"Curbside has been helping as well, they've been appreciating the curbside just so they're not being charged for shipping," Hensel said.

For others, like Rene Raanaei with The Wedding Lace in Alice, TX, it may not have been enough.

"The business that we're in, it's not the kind of shop where you can shop online," Raanaei said. "People are spending a few hundred bucks on their dresses and formal gowns. They really don't want to shop online unless they try on the dress, so it's a little bit trickier in our area of field."

Raanaei says although the retail to go service was a step in the right direction, she now looks forward to later this week when she will officially be able to run the business as usual.

"We're not out of the woods as far as this virus so, everyone that comes in has to wear a mask, and we will have gloves that they will need to wear when they're handling the dresses, we spray down with Lysol, just being extra, extra cautious," Raanaei said.

But even moving forward, both Hensel and Raanaei will continue to take safety precautions for their staff and customers.

"We will be taking precautions as well, we will be very cautious because as we know, this is not over," Hensel said.

Local businesses will continue offering curbside pick up until they're able to re-open and allow customers to shop for themselves later this week.