#UpWithHer: A lack of pockets led these women to launch a business

Power suits for women tend to lack one thing -- pockets. That led two Dallas entrepreneurs to design a blazer meant to make all women feel like “PWR WMN.” 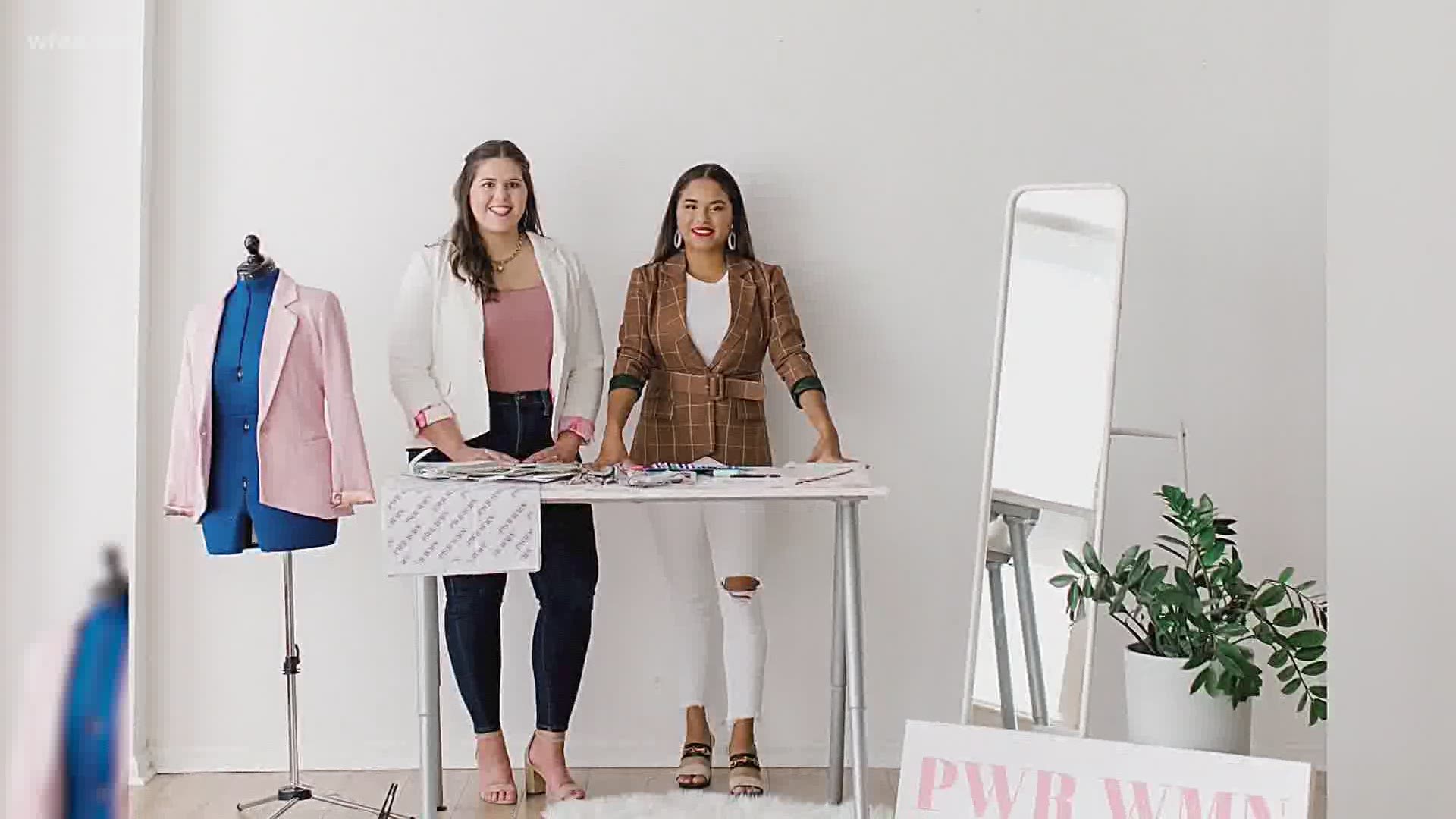 DALLAS — Actor Michael Cain said, “You can take on the world in a good suit.” Search Google and you’ll find hundreds of quotes about power suits. But it was sensibility and strength that guided two Dallas entrepreneurs to design a blazer meant to make all women feel like “PWR WMN.”

"That’s how the blazer came about, literally from necessity. From us needing this blazer in our lives," said Kimberly Borges, co-founder of "PWR WMN."

Kimberly Borges and Miriam McDonald needed one thing – pockets. Working at a car dealership, they needed a lot of them.

It was a light bulb moment for Borges, who immediately called her best friend.

"Both of our families immigrated here -- mine from Mexico and hers from Columbia -- so we both wanted to build something. So when she asked me, I couldn’t say no," said McDonald, co-founder of "PWR WMN."

Neither had design experience, just a desire to solve a problem.

"One of the things that we live our days and lives by is brick by brick. If you just put one foot in front of the other, momentum will push you forward. When we got our LLC, I had no idea what the next step was. I barely even knew if that was the first step," Borges said.

"It’s a lot of accountability as well. We had this idea, but me and Kim we had to work together and hold each other accountable," said McDonald.

The friends had no investors, so to succeed they had to save.

"We would all go to Starbucks and I did that for a month, and I sat down and looked at my bill and I was like, I’m never doing this again," Borges said.

Beyond a budget, Borges and McDonald advise becoming an expert researcher and being prepared to be sidelined.

"We’re not afraid to ask questions. I think that’s important not to think so highly of yourself, but tell yourself you do need to learn. I’m not very good at this, so I need to ask questions and see where that leads me to," said McDonald.

"Miriam and I from the get-go have been super transparent about what those not-so-pretty steps are, the not sexy part of being an entrepreneur," Borges said. "We don’t want someone to think that we just woke up and decided to start a business. This is not the case."

Two years and one baby later – “PWR WMN” blazers are made to fit all sizes, in velvet or belted with all sorts of pockets.

"We wanted to represent our femininity; we didn’t want to hide it. We find that our femininity brings strength to the table. Our female experience is a strength and not something we should be hiding or minimizing," said Borges.

In fact, they’re maximizing the momentum they had before the pandemic. These “PWR WMN” shifted their focus online and connected with other entrepreneurs.

"For me, it was devastating. I just moved to Dallas in March. And I was so excited because I said to Kim, March is going to be our busiest month because we had nine events and then the pandemic hit," McDonald said.

Knocked back but not down.

"It also pushed us to grow in a way that we didn’t think we were comfortable with growing up until that moment. We’re still adapting, we’re still learning, we’re not out of the dark yet. As hard as it’s been, it’s been a blessing because we’re learning," said Borges.

Borges and McDonald acknowledge the design industry is secretive and competitive but believe there’s room for everyone to succeed.