‘Diabolical and wrong’: Wells Fargo, other banks finance predatory lenders that can charge over 400% interest in minority communities

Banks say it’s fully legal for them to finance this industry. But in America’s moment of racial reckoning, critics ask, is it right? 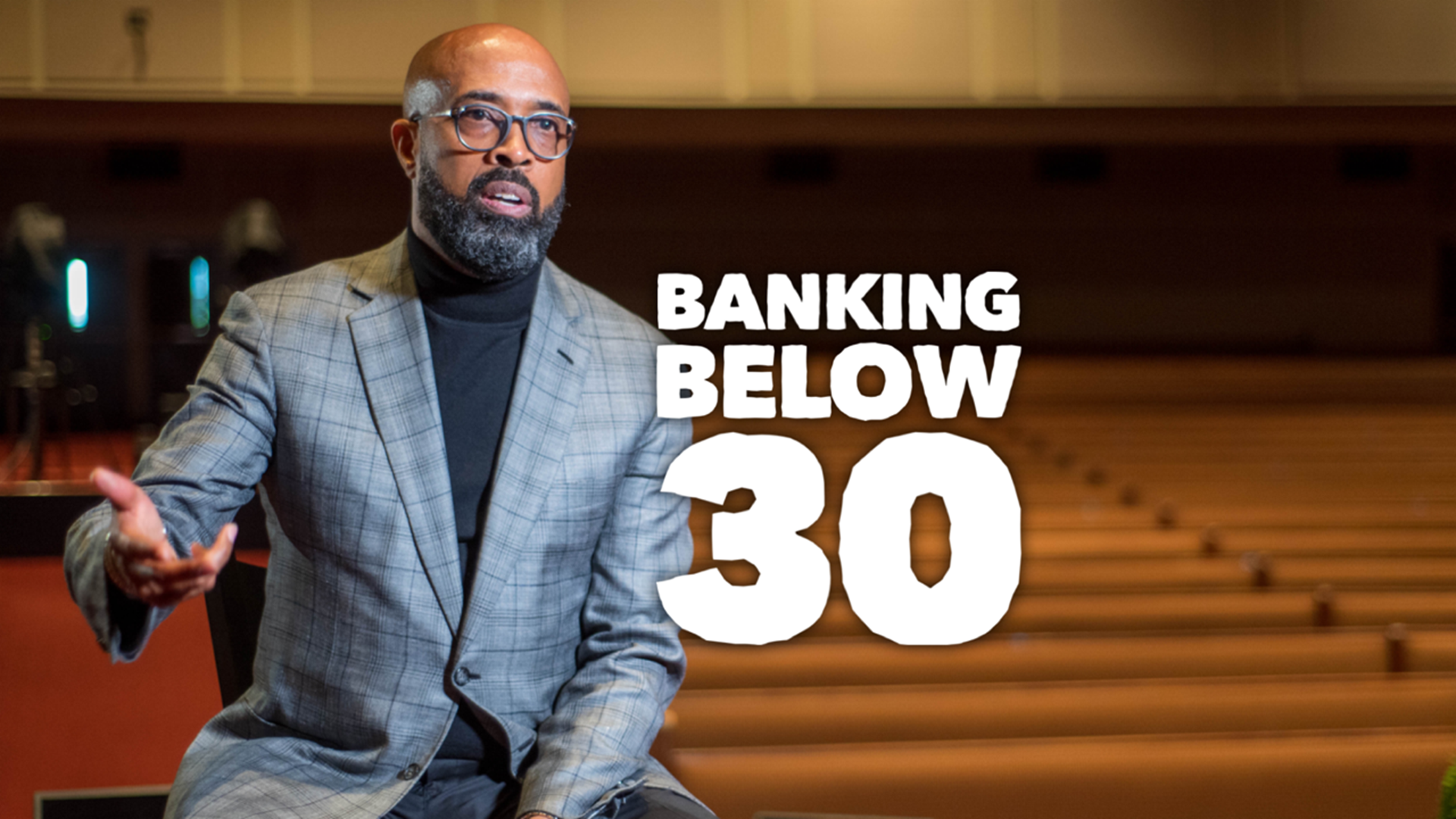 But a WFAA investigation discovered the money that finances many predatory lenders comes from the very same big banks.

It’s a part of a larger pattern of economic injustice for low-income communities of color south of Interstate 30, which is a dividing line in Dallas and the subject of the ongoing WFAA investigative series “Banking Below 30.”

The series has explored how banks don’t lend to, but continue to make money off of, people in southern Dallas, including buying and profiting from low-income apartments that perpetuate crime and blight.

The term predatory lending is defined by government regulators as businesses that, among other things, fail to fully disclose or explain the true costs and risk of loans; have “risky loan terms and structures” that “make it more difficult or impossible for borrowers to reduce their indebtedness,” and that charge “customers unearned, concealed or unwarranted fees.”

Texas’ Office of Consumer Credit Commissioner regulates the payday, auto title, installment and pawn lending businesses to ensure each “provides compliant financial products,” but those businesses under Texas law are still allowed to charge interest rates and fees far in excess of what a traditional banks would charge.

Leon Cox said he regrets going to a payday lender when he was short on cash.

“I was working from temp agency to temp agency, and there were a couple times I just couldn’t make rent,” he said. “With a payday loan, it’s never worth it. You'll take out $500 and end up paying, maybe, $1,500 back.”

High-cost lending is a popular business below I-30. Records show there are 88 storefront locations in southern Dallas.

Cox said these types of lenders “keep you down."

"It's the old cliché – the rich get richer and poor get poorer,” he explained.

Our review of public records filed with the U.S. Securities and Exchange Commission reveals that almost 20 banks are funding, or have recently funded, predatory lenders. Some are big banks, like Wells Fargo and Bank of America. Other are based in Texas, like Texas Capital, Bank of Texas, Veritex Bank, TBK Bank, Amegy Bank and Independent Bank.

We reached out to several industry groups representing high-cost, small-dollar lenders. They say their fees are reasonable, given the credit histories of their customers, and that they are helping people get loans that banks have abandoned.

"Nearly half of Americans cannot afford a $400 unanticipated expense," the Community Financial Services Association of America says on their website. "By providing loans to those who cannot otherwise access traditional forms of credit, small-dollar lenders help communities and small businesses thrive and allow money to be reinvested in local businesses and neighborhoods where it is needed most."

“It's for economic exploitation,” said the Rev. Frederick Haynes III, pastor of Friendship-West Baptist Church in southern Dallas and vocal critic of high-cost lenders. In April, he testified against them in a U.S. Senate hearing.

“It's a horrific cycle,” he told WFAA. “It's a system that is designed to ensure that some thrive at the expense of others.”

FirstCash, based in Fort Worth, operates 2,770 pawn stores. Under Texas law, a pawn dealer can charge up 240% interest on a loan. A review of records filed with the Securities and Exchange Commission shows Wells Fargo, Texas Capital Bank and Bank of Texas are all creditors to FirstCash.

Data that Wells Fargo shares with the federal government that was analyzed by the National Community Reinvestment Coalition show the bank makes relatively few loans to low- to moderate-income borrowers in Dallas County. Their analysis shows that Wells Fargo made 18% of its home purchase loans to low- to moderate- income borrowers, which is third from the bottom among banks in the county.

But, Wells Fargo shares in a $400 million line of credit to FirstCash, along with Bank of Texas, Texas Capital Bank, Amegy Bank, Prosperity Bank, First Tennessee Bank, Independent Bank, Southside and BBVA Bank, according to SEC filings in 2016 and 2020.

We asked these banks why they choose to finance a high-cost lender. Bank of Texas, Texas Capital, First Tennessee and BBVA had no comment. Prosperity, Independent and Southside didn’t respond to questions.

Amegy sent us a response.

“With regard to why Amegy would provide a loan to FirstCash, we are active in making loans and providing banking services to businesses that operate within the law – including local, state, and federal – and who fit within our risk appetite,” Amegy spokesperson Stefani Smith wrote. “We leave the decisions as to which businesses should be allowed to legally operate to elected officials, and the enforcement of such laws to the appropriate authorities.”

So did Wells Fargo.

“Wells Fargo provides credit and services to companies in a variety of financial services industries,” spokesperson Camille Brewer wrote. “We have relationships with companies that have demonstrated a strong, ongoing commitment and capability to comply with applicable laws and regulations to their business operations.”

“Wells Fargo has a long history of being a creditor for payday and auto title lenders,” Baddour said. “It's objectionable to me personally, but it's legal. I can't tell them to not do it. But it's about values and building communities.”

“Pawn loans do not involve credit checks, negative credit reporting or collections activities, even if the customer does not repay or redeem the loan,” Orr added. “All of the company’s pawn operations are fully licensed, regulated and operated in accordance with all federal, state and local laws.”

Another high-cost lender is Enova, which offers, among other products, payday loans online. In disclosures to the state of Texas, Enova documents annual loan rates of 409% to 664%.

And who helps finance Enova's operations? In part, Veritex Bank and TBK Bank – both based in Dallas. TBK has a $35 million credit agreement with Enova and Veritex $20 million, according to this SEC filing.

We asked these banks why they choose to finance a high-cost lender. Veritex Bank had no comment. TBK Bank responded that “…we follow well-known policies applicable to all banks to ensure that our customers’ business activities comply with the law.”

In a statement, Enova says its “…online services reach people and businesses all over the U.S., including places where banks no longer have branches…”

World Finance is another high-cost lender. At its 1,200 storefront offices, the company offers installment loans which, under Texas law, carry 80% to 113% interest, plus fees and charges.

According to this 2015 SEC filing, World Finance’s operations are financed, in part, by Wells Fargo, with a commitment as high as $200 million, and Texas Capital, loaning up to $30 million.

Bank of Montreal, BankUnited, Axos and Pacific Western did not respond to questions. First Tennessee, as before, had no comment.

In this SEC filing, Curo discloses a $50 million credit agreement with several institutions such as BayCoast Bank, Stride Bank, Hancock-Whitney Bank, Metropolitan Commercial Bank, and a $10 million agreement with Royal Bank of Canada.

We reached out to all these banks about why they lend money to Curo.

Hancock-Whitney and Royal Bank of Canada had no comment.

Stride and Metropolitan Commercial did not respond.

“We evaluate all of our relationships regularly to ensure that our vendors maintain our high standards of operation,” said James Wallace, BayCoast chief operating officer.

“In many ways, we wouldn't even be having these conversations about payday loans if financial institutions so long ago didn't abandon these communities,” Baddour said.

She's saying predatory lending echoes back to an older problem called redlining, where banks refuse to lend in minority neighborhoods.

The Community Reinvestment Act is a law meant to repair that damage. It says banks are required to meet the credit needs of the minority community and reinvest in neighborhoods they've long ignored. But Pastor Haynes says when banks finance predatory lenders, they violate the spirit of the law.

“I think it’s time for banking regulators to step up and say, ‘We’re serious about this issue, and we want to ensure that justice in banking is a norm,’” Pastor Haynes said. “It's not just time. It's past time.”

One of those regulators is the federal Office of the Comptroller of the Currency, which oversees the biggest banks in the country.

“We do not comment on individual bank matters,” said OCC spokesman Bryan Hubbard in response to WFAA's questions.

But he pointed out that banks extending credit or loaning money to high-cost lenders doesn’t mean they are playing any role in those businesses' lending decisions.

“It is important to note that such nonbank lenders and companies are state-licensed and regulated,” Hubbard added. “The OCC does not review and approve bank customers and generally does not determine what company or customer a bank may serve.”

Some banks have begun to change their policies on financing predatory lenders. Capital One says it will not finance payday and auto title lenders. Chase Bank has stopped lending to them, too. Key Bank in Ohio also stopped.

Bank of America had been a long-time lender to World Finance, with a line of credit up to $150 million. However, the bank says it terminated that relationship in 2020.

Bank of America now also offers a new product called Balance Assist. For a $5 fee, existing customers can borrow up to $500 for terms that are far better than a payday lender – an industry Bank of America now says runs "contrary to our values.”

“It's encouraging to me to see such a large financial institution take to heart all the feedback that has been around for a long time about the financial services needs of communities and really start to do something about it,” Baddour said. “I deeply believe that that is the pathway forward.”

Banks that finance predatory lenders defend themselves by saying the practice is legal. But Pastor Haynes says, in America's moment of racial reckoning, these banks should be asking themselves, “Is this right?”

“It creates a permanent underclass – permanent ghettos,” he said. “And it's being financed by banking institutions. There's something diabolical and wrong with that picture.”

Got a story tip? Email dschechter@wfaa.com.