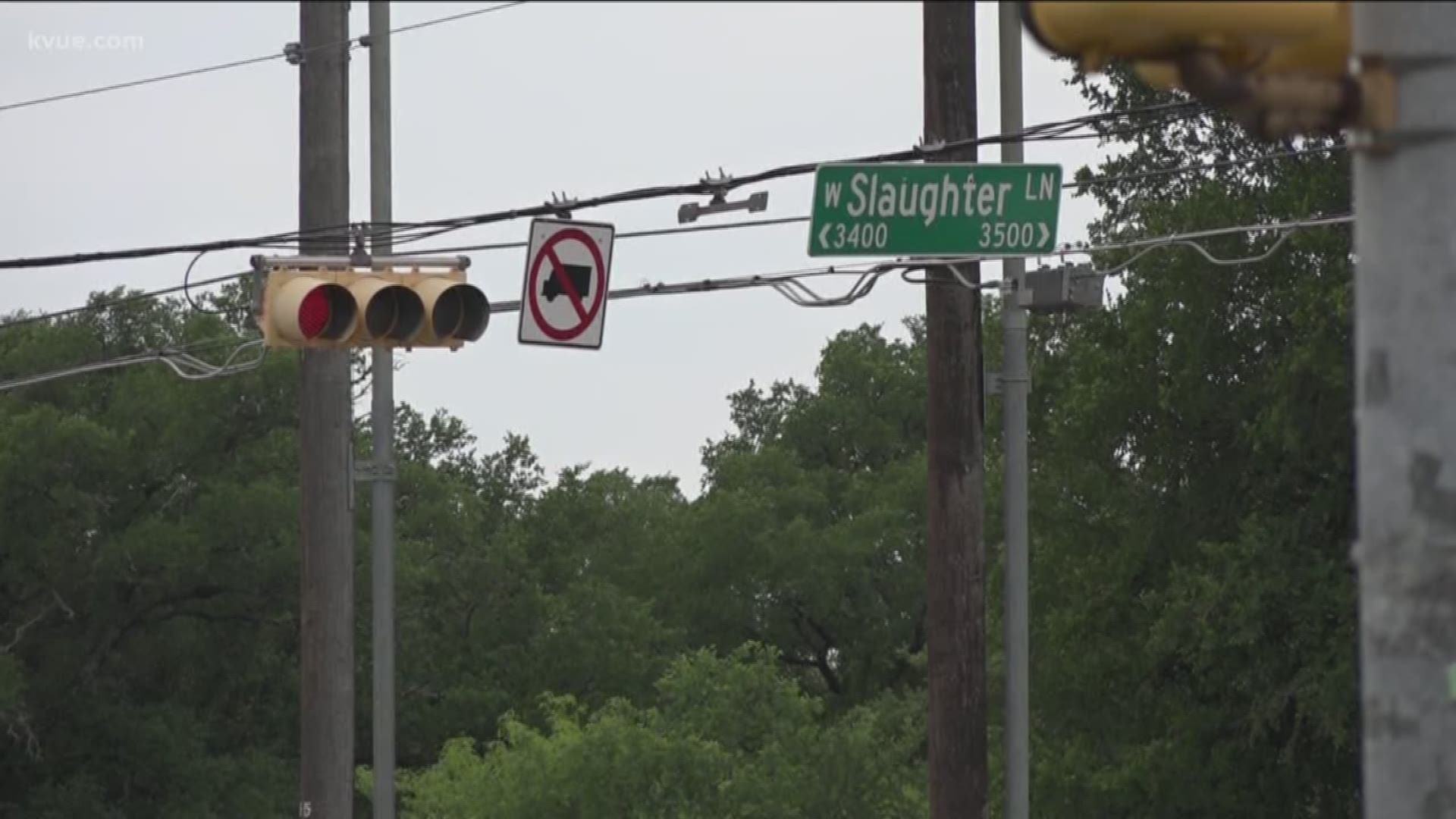 AUSTIN, Texas — With more cars on Austin's roads, the city is working to reduce traffic deaths and improve traffic flow.

William Cannon and Slaughter Lane in South Austin are two of the top priorities and both are getting some major changes.

The City of Austin said it is working to improve safety and mobility along Slaughter Lane between FM 1826 and Bluff Springs Road (approximately 10 miles) and William Cannon Drive between Southwest Parkway and McKinney Falls Parkway (approximately 12 miles).

RELATED: Is Highway 29 too dangerous? According to some in Liberty Hill, yes

The majority of the road projects -- more than $120 million -- are being funded by 2016 Mobility Bond money, through the Corridor Program.

William Cannon and Slaughter have traffic signals with outdated technology and lack bike lanes in some portions. Pedestrian crossings are spread far apart and some sidewalks do not meet ADA standards.

Changes to William Cannon include:

From 2013-2017, there were five fatalities and 55 crashes involving pedestrians on William Cannon.

RELATED: The future of Austin transportation revealed at SXSW

Changes to Slaughter Lane include:

RELATED: What does the city's 337-page mobility plan mean for Austinites?

On Slaughter Lane from 2013-2017, there were five fatalities and 20 crashes involving pedestrians.

The city is having an open house for the community on Saturday May 4 about the plans.

Give a book, get a discount at Kendra Scott stores today

Austin elementary teacher was under investigation when he died, police say