President Trump signed a deal with China nearly a month ago. 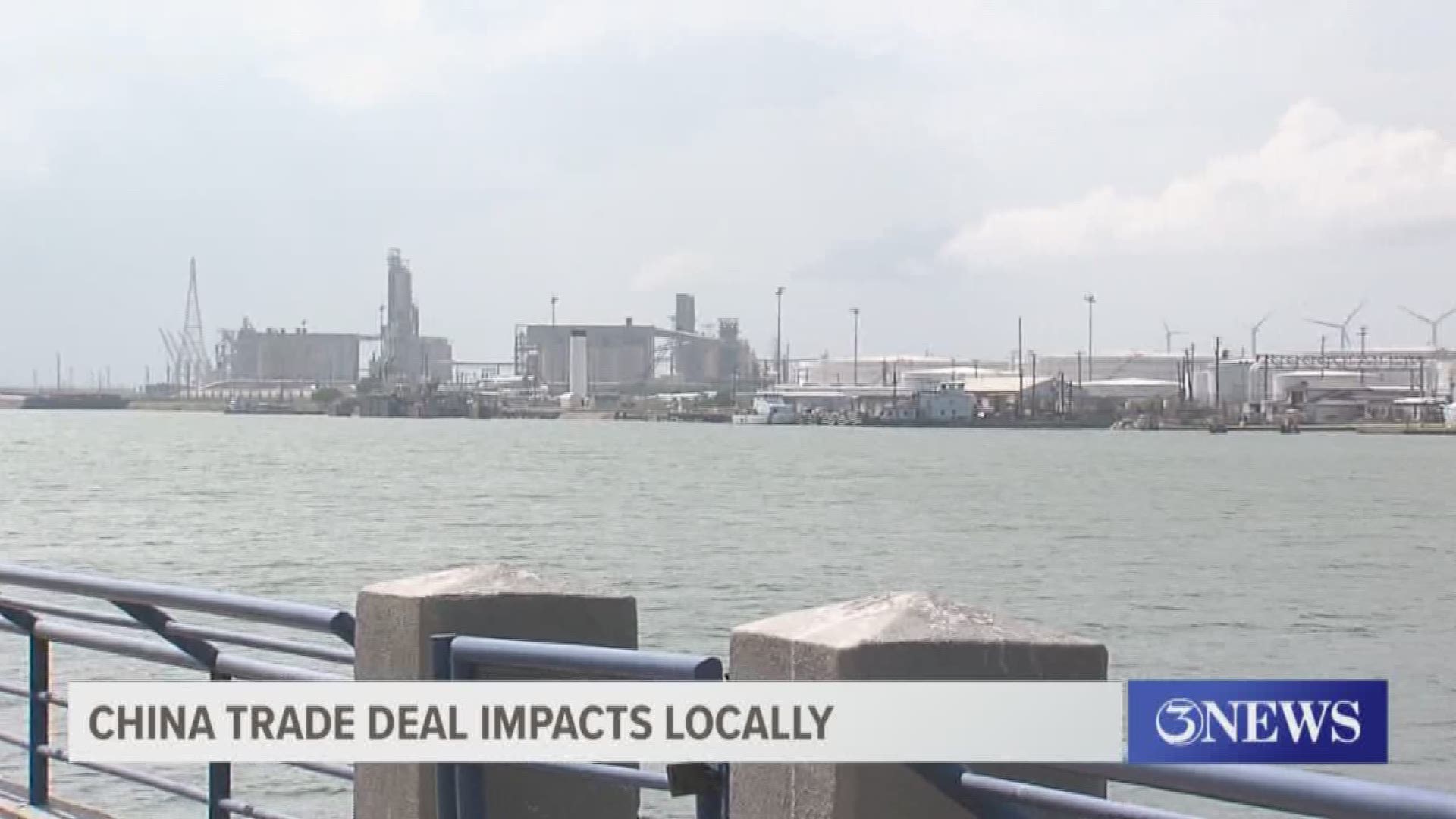 CORPUS CHRISTI, Texas — A trade deal made in January between the U.S. and China could be a significant benefit to the city and the Port of Corpus Christi.

President Trump signed a deal with China nearly a month ago.

"For South Texas, the important part of the trade deal we need to focus on is the 50 billion dollars in oil and gas exports that we can grab," Lee said.

In 2018 nearly $30 billion in trade passed through the Port of Corpus Christi. They also become the third-largest in terms of tonnage in the United States.

The trade deal is only until 2021, so Lee says it's essential that Corpus Christi and most specifically, the Port of Corpus Christi, takes advantage of it right now.

"We don't want to miss the boat because I'm pretty sure all the states in the united states will be trying to leverage this type of opportunity for the next two years," Lee said.

China has promised to spend $200 billion on American goods within the next two years.

The Port of Corpus Christi says they're looking forward to what the future holds, and they do expect to see more export opportunities to China.

"The Port of Corpus Christi is excited for the potential opportunities that this deal may bring," Lee said.