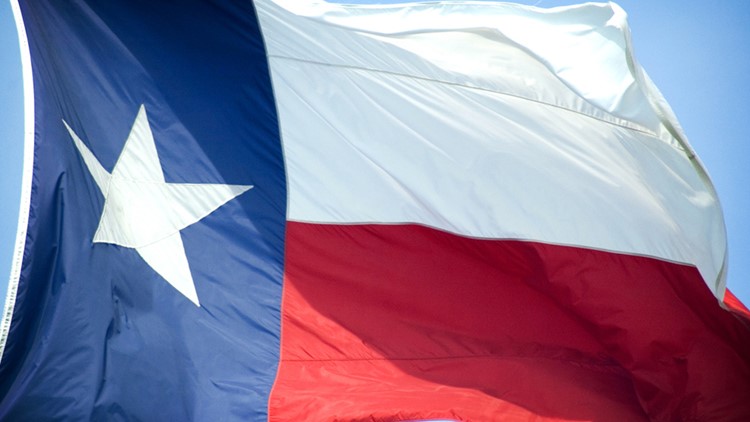 DALLAS — No one’s posting billboards urging the last Bay Area resident leaving the state to turn out the lights, at least not yet. But the latest census data supports growing anecdotal evidence that an exodus is gaining momentum as more California residents vote with their feet and head to Texas and other states.

California lost an estimated 190,000 residents in 2018, a 38 percent increase from a year earlier, according to the Census Bureau’s American Community Survey, which finds that foreign immigration of about 284,000 people into California offset the loss of California residents in 2018.

Texas continues to be the most popular destination for Californians choosing to live in another state, with 86,200 Golden State residents moving there in 2018, according to the American Community Survey data released Oct. 31.

The latest census data show 691,145 Californians moved to other states in 2018, marking the largest loss nationally — up 4.6 percent from 2017 and the seventh consecutive annual increase. Changes in 2018 federal tax law limiting the deduction for state and local taxes paid was expected to spur more California residents to move to states with low or no state income tax.

RELATED: Here’s how much home $300K will buy you in Texas and beyond

To put California’s population loss in perspective, The Orange County Register notes that the number of Californians leaving the Golden State is just 1.8 percent of the state’s population. Only two states — Michigan and Texas — have lower departure rates.

For Americans choosing to move to California, residents from Washington state were at the top of the list, with 38,000 coming to the Golden State. Texas was a close second, with 37,800 residents moving to California in 2018.

The state-to-state migration patterns are closely followed, since they signal which areas are likely to gain more congressional representatives and political clout in Washington, based on the 2020 Census.

Another census report released earlier this year paints an even bleaker picture: The report, featuring a smaller margin of error than the American Community Survey and covering the 12 months ended July 1, 2018, shows that California lost 38,000 residents in that period even after accounting for international immigration. That marked the first time in years that this data shows international immigration didn’t more than make up for Californians leaving the state.

Census data showing migration patterns by region, such as the Bay Area, are expected to be released in December.

Anecdotal evidence suggests out-migration is spurring an exodus from the Bay Area, which has seen the headquarters of several startups and two Fortune 500 companies leave this year. Fortune 500 No. 7, McKesson Corp. (NYSE: MCK) and fellow Fortune 500 Core-Mark Holding Co. (NASDAQ: CORE) both headed to the Dallas-Fort Worth area. After this year's annual meeting, Charles Schwab (NYSE: SCHW) founder Chuck Schwab said his company's headquarters could one day leave San Francisco.

Some observers see a sorting-out process occurring with those seen as more liberal, highly educated and earning higher salaries coming to California and those who are more conservative exiting the Golden State. A report in Monday’s Los Angeles Times titled, “California conservatives leaving the state for ‘redder pastures’” featured a Modesto couple moving to suburban Dallas.

But talk at Bay Area business lunches and cocktail parties suggests more than politics is at play. Key players in the Bay Area’s business community point to the state’s top personal income tax rate of 13.3 percent, with no lower tax on capital gains, as one key concern. Plus there’s the high housing costs and growing traffic congestion that have some pondering life in other states.

“I frequently hear about investors and entrepreneurs who are leaving California for states that have friendlier tax policies. But who can blame them? They’ve worked hard and taken significant bets over many years and now they need to protect their gains,” said Ryan Gilbert, a serial entrepreneur-turned-venture-capitalist at Propel Venture Partners. “California should adopt incentives that mirror the federal incentives to keep these entrepreneurs and investors in the state.”

But for now, it appears California might be heading in the opposite direction. One measure seeking signatures for a spot on California’s November 2020 ballot would raise the top individual income tax rate to 16.3 percent.

For a look at the companies leaving the Bay Area, click here.